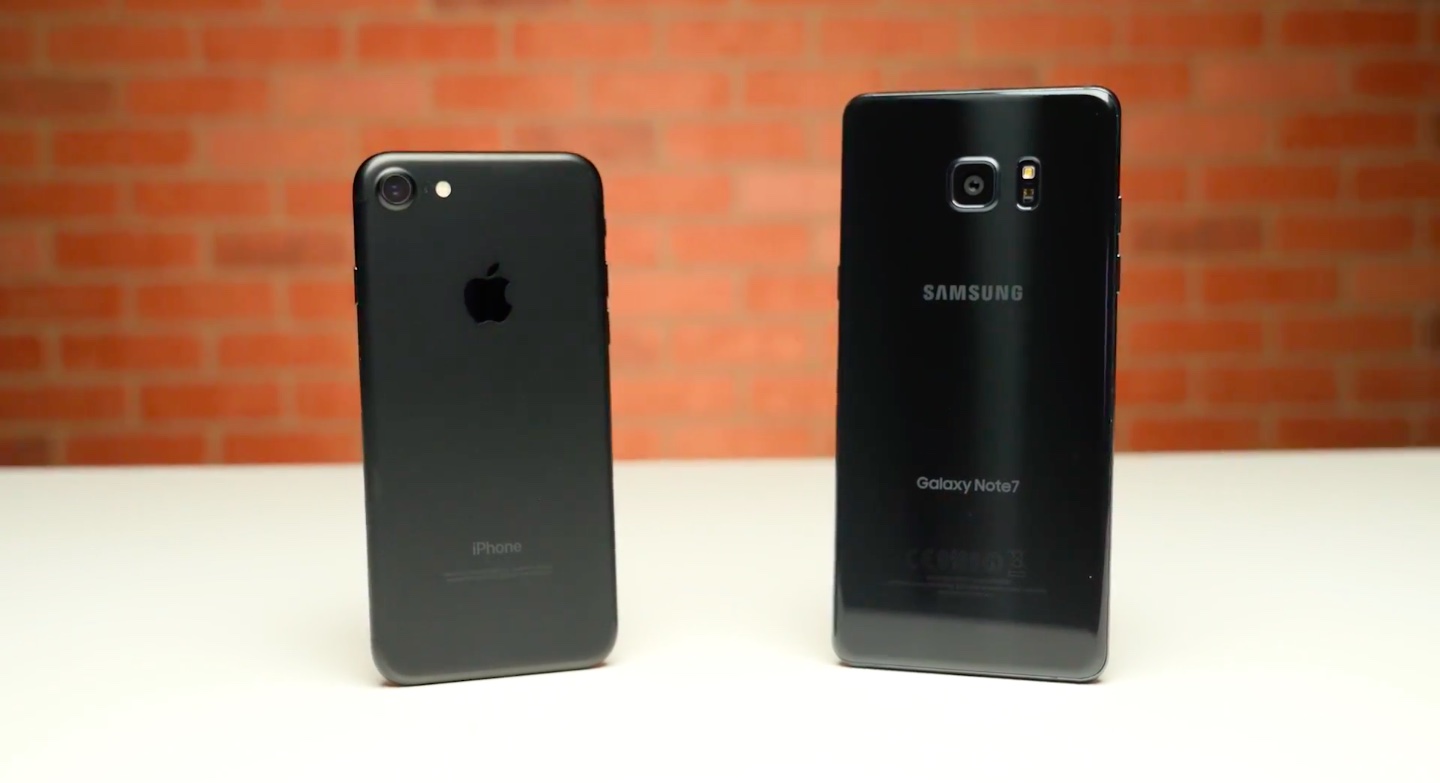 Apple makes the fastest smartphone chips on the planet and the iPhone 7’s in-house designed A10 Fusion chip has given top Android handset makers who buy off-the-shelf processors plenty to worry about. Tight interplay between Apple-designed silicon, operating system, apps and services gives the iPhone a distinct advantage over competitors when it comes to smooth app switching and multitasking.

The speed test pits the 4.7-inch iPhone 7 with Apple’s new A10 Fusion chip and 2GB of RAM against the Samsung Galaxy Note 7, which uses Qualcomm’s Snapdragon 820 chip with 4 GB of RAM.

After all of the fourteen apps were launched on both handsets, PhoneBuff went on to reopen the same apps, which is what the user would typically do in everyday multitasking. The iPhone 7 completed the task in one minute and forty seconds versus three minutes and fourteen seconds for the Note.

Android fans could argue that iOS lacks true multitasking where apps are permitted to run in the background the whole time, but that’s beyond the point. What’s important is that the Note 7 with twice the RAM was forced to reload apps into memory, highlighting Android inefficiencies.

To me, this video clearly proves that Apple’s mobile operating system is significantly more efficient, even with half the Note 7’s RAM and that, in hindsight, Apple was right to acquire Israeli flash memory firm Anobit and use the talent from that acquisition to vastly increased the efficiency of flash chips in its iOS devices.

By the way, PhoneBuff previously found the almost-a-year-older iPhone 6s with just two CPU cores and 2GB of RAM beating the Note 7 in terms of loading apps and games.