With iOS 10, Safari didn’t receive a major facelift like some other Apple apps did. That’s not saying Safari didn’t have a few tricks up its sleeve that make browsing the web a more pleasing experience for everyone. One of the little things about iOS 10 that I’m sure many folks appreciated was the ability for Safari to play videos inline on the iPhone and iPod touch, too.

This feature has been present on iPads for years.

Thankfully, you can watch most web videos inline on your iPhone and iPod touch, even while multitasking in Safari. Telling Safari to play a video inside the webpage isn’t as obvious as it could have been, so here’s a little tutorial to get you up to speed.

1) Launch Safari on your iPhone or iPod touch and navigate to a webpage with an embedded video clip. You could, for example, visit YouTube’s mobile website at m.youtube.com and tap a video.

2) Like before, you can tap the fullscreen video to bring up playback controls, then select Done to exit full screen (which will stop the video). To continue watching the clip inline, do a pinch-zoom gesture: tap with two fingers anywhere on the fullscreen video and bring them closer together. 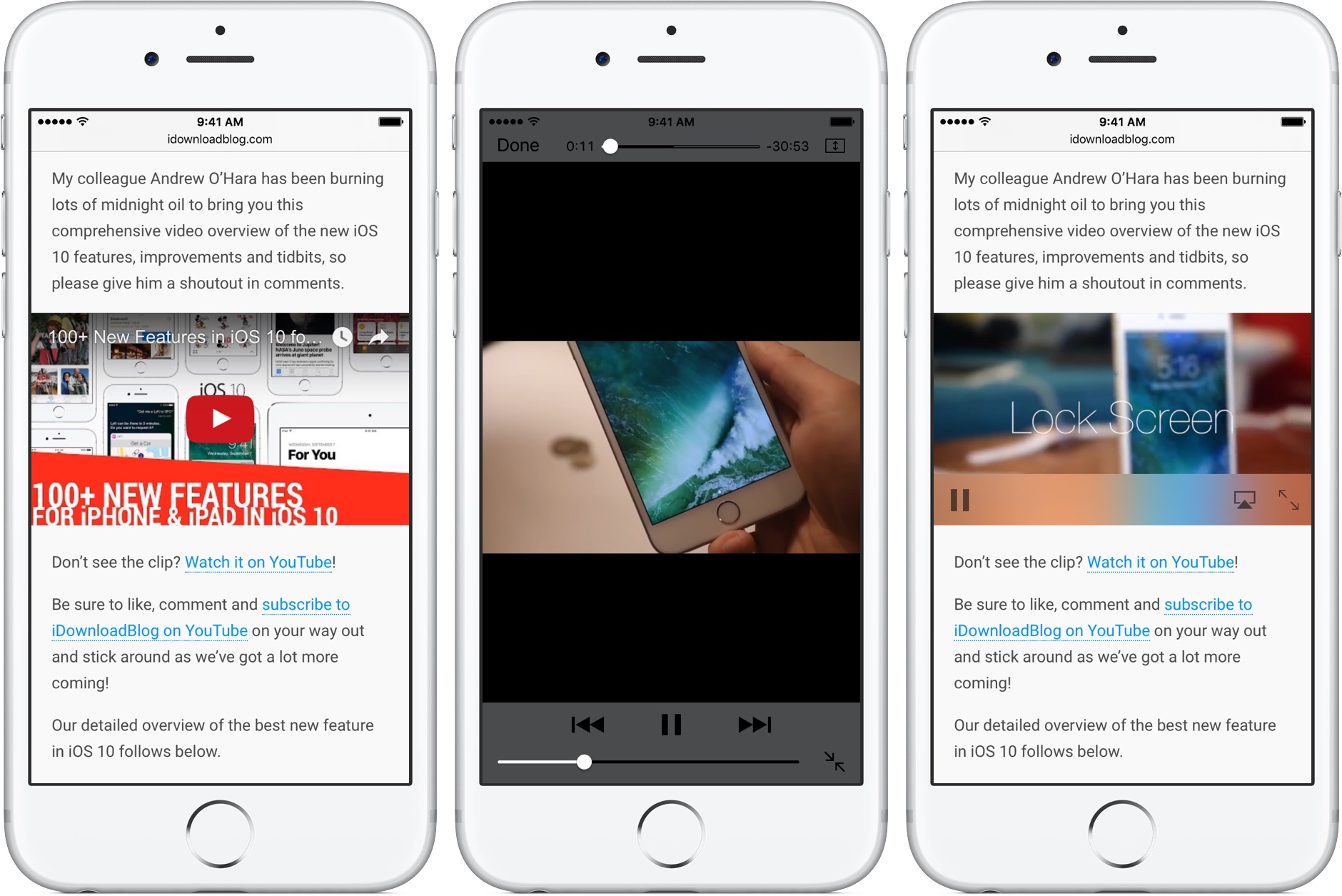 The system media player shall exit fullscreen mode and the video will now play inline and continue playing even as you scroll the webpage up and down.

Does this only work with YouTube videos? Luckily, no. Any HTML5 video playable by the iOS media player should support inline playback on the iPhone and iPod touch.

Why cannot the video begin playing inline rather than in fullscreen mode?

It can, but that depends on whether or not a developer has updated webpage code. If the video contains a “playsinline” attribute, which has recently been added to the HTML specification, Safari will honor it and play the clip inline by default.

If not, Safari will start the video in fullscreen mode like in prior iOS editions but, again you can now pinch-zoom to continue video playback inline.

Pro tip: you can now listen to the video’s audio track as it continues playing in the background even if you switch to another tab—awesome for those times when you’d like to enjoy our podcasts in a browser.

With inline video playback on the iPhone and iPod touch, you can listen to the latest episodes of iDownloadBlog’s Let’s Talk iOS or Let’s Talk Jailbreak podcast within Safari while checking the latest news headlines or browsing your favorite websites.