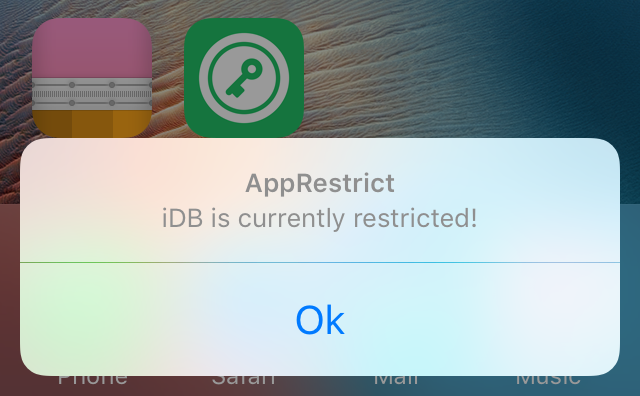 I have a pretty bad problem with procrastination, which is made worse by all the distractions I deal with, and it seems like a mutual issue for a lot of people who own smartphones because notifications always go off left and right.

Fortunately, a new jailbreak tweak called AppRestrict offers a way to stay more productive with your life by setting time frames for which certain apps on your iPhone or iPad will be locked to keep you from getting distracted.

With this tweak, you can set a pretty effective time lock on any of your Home screen apps. This can be useful if you’re always on your smartphone when you’re supposed to be getting work done and you want to kick the habit of being unproductive.

Some of the apps that tend to be huge distractions are the Messages app, Facebook app, Twitter app, and the YouTube app, but there are several others. For me, even the iDB app is a distraction because I often check up on the latest Apple news and read articles when I should really be doing something else.

After you install AppRestrict, you will find a new app on the Home screen, and if you open it, you will see a list of all the apps on your device and you can choose the ones you want to configure lockout time frames for. During a lockout time frame, you’ll be unable to open the app until after the time frame expires. 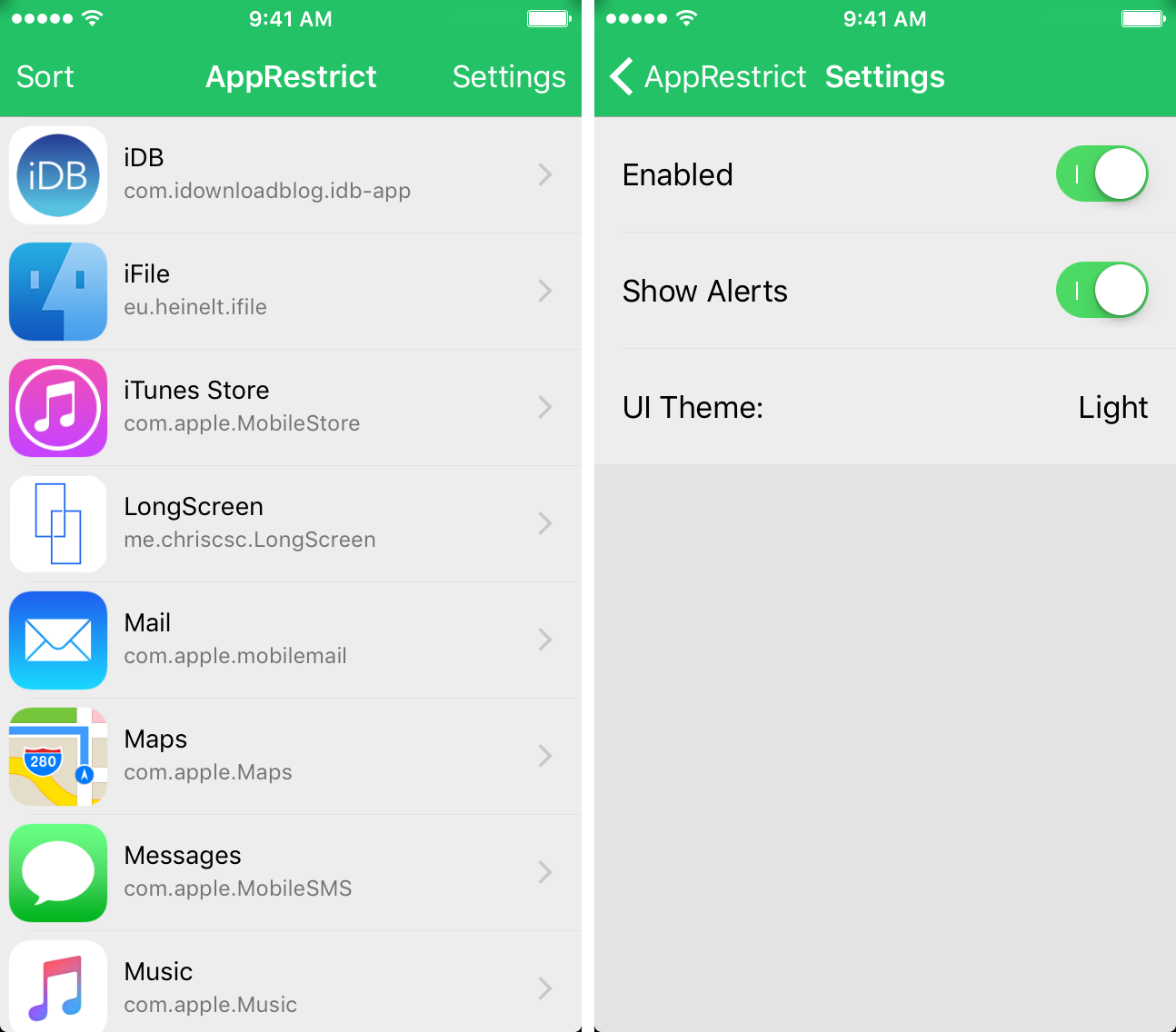 You’ll see that from the settings of the app, you can easily turn the tweak on or off for emergencies where you really might need to bypass the lock, such as an important text message you can’t miss. You can also hide or show alerts when apps are locked and choose a UI theme of your choice.

When you tap on an app, you will get an editing interface that lets you select the lockout time frame you wish to be locked out of an app for: 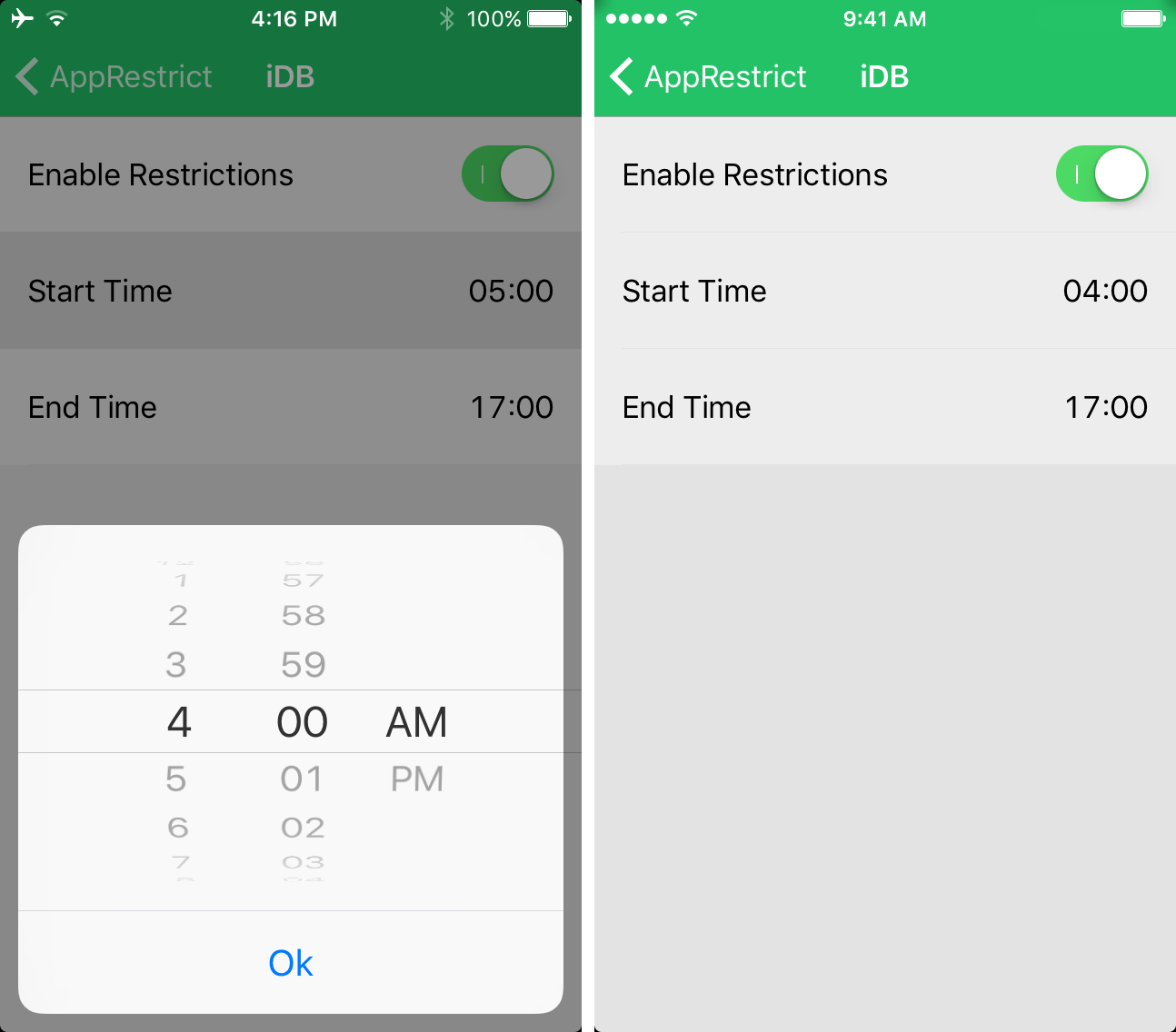 In this case, because I’m a night owl, I’ll lock out an app from 4 A.M. to 5 P.M. so I can keep from getting distracted by the selected app until the evening, when most of my work is done.

You will notice the times display in 24-hour format, but when you’re picking a time from the time rotary picker, they are in 12-hour format, so you don’t need to know 24-hoour time to use this tweak despite what it looks like.

Now, when we try to launch an app we’ve locked, we will get this alert instead of the app opening on our device: 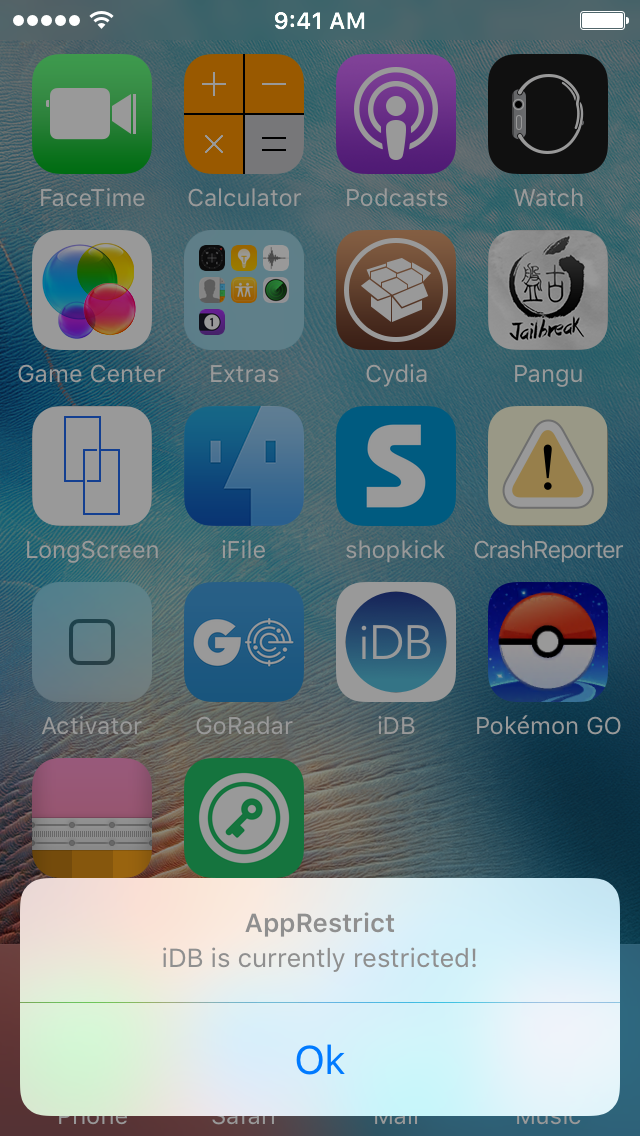 AppRestrict is easily bypassed, so it’s not to be confused with a child safety or security app. In all honesty, this tweak is nothing more than a way to try and help you stay more focused on the tasks you need to take care of during the day, rather than sitting on your social media apps and being unproductive.

If you’re interested in trying AppRestrict, you can pick it up today from Cydia’s BigBoss repository for just $0.99. The tweak works on all jailbroken iOS 9 devices.