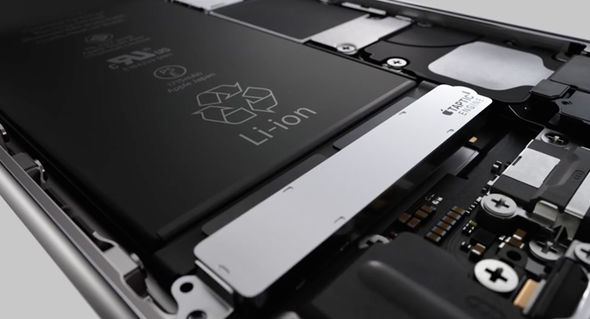 Apple’s iPhone 7 and iPhone 7 Plus are said to sport higher-capacity internal Lithium-Ion batteries than their predecessors.

No official battery capacity specs are listed on Apple’s website, but they do say that the iPhone 7 and iPhone 7 Plus are supposed to get 2 and 1 additional hour(s) of battery life respectively, in what are supposed to be after effects of the new power-sipping A10 Fusion chip combined with the efficient iOS 10 firmware.

On the other hand, a higher-capacity internal battery may also have something to do with it.

A report from BGR citing data released by Chinese regulatory body TENAA has the scoop on what appear to be legitimate iPhone 7 and iPhone 7 Plus battery capacity figures.

The iPhone 7’s 1,960 mAh battery dwarfs the iPhone 6s’ 1,715 battery, and the results are noticeable. With its 14.3% larger capacity, Apple says you can expect to get an additional two hours of battery life on the iPhone 7 when compared to its predecessor. 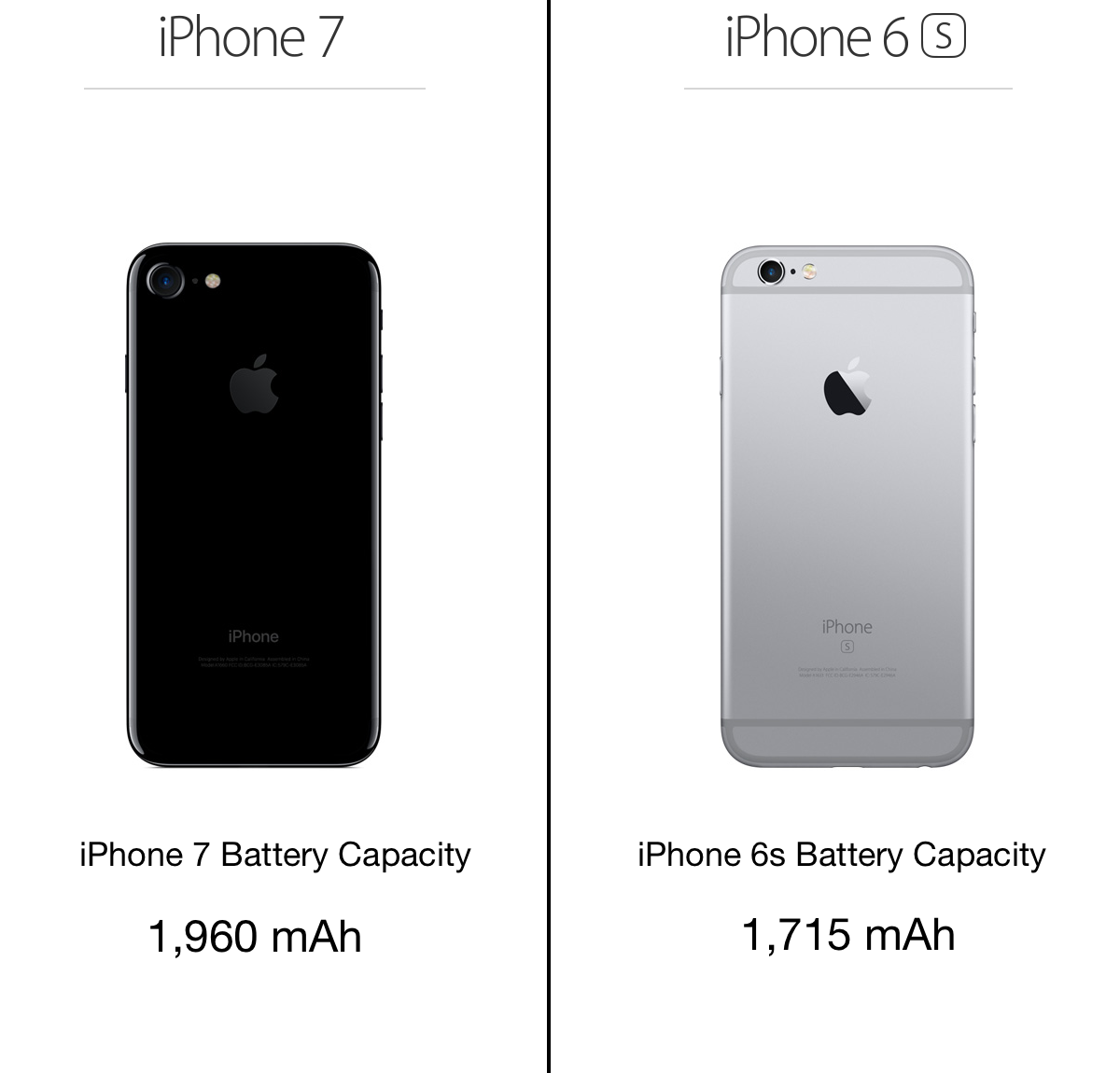 In terms of the larger version of the handset, Apple’s iPhone 7 Plus’ 2,900 mAh battery dwarfs the iPhone 6s Plus’ 2,750 mAh battery. With a 5.5% bump in battery capacity, the results are a little more marginal, and Apple says the newer 5.5-inch handset is capable of one additional hour of battery life over its predecessor. 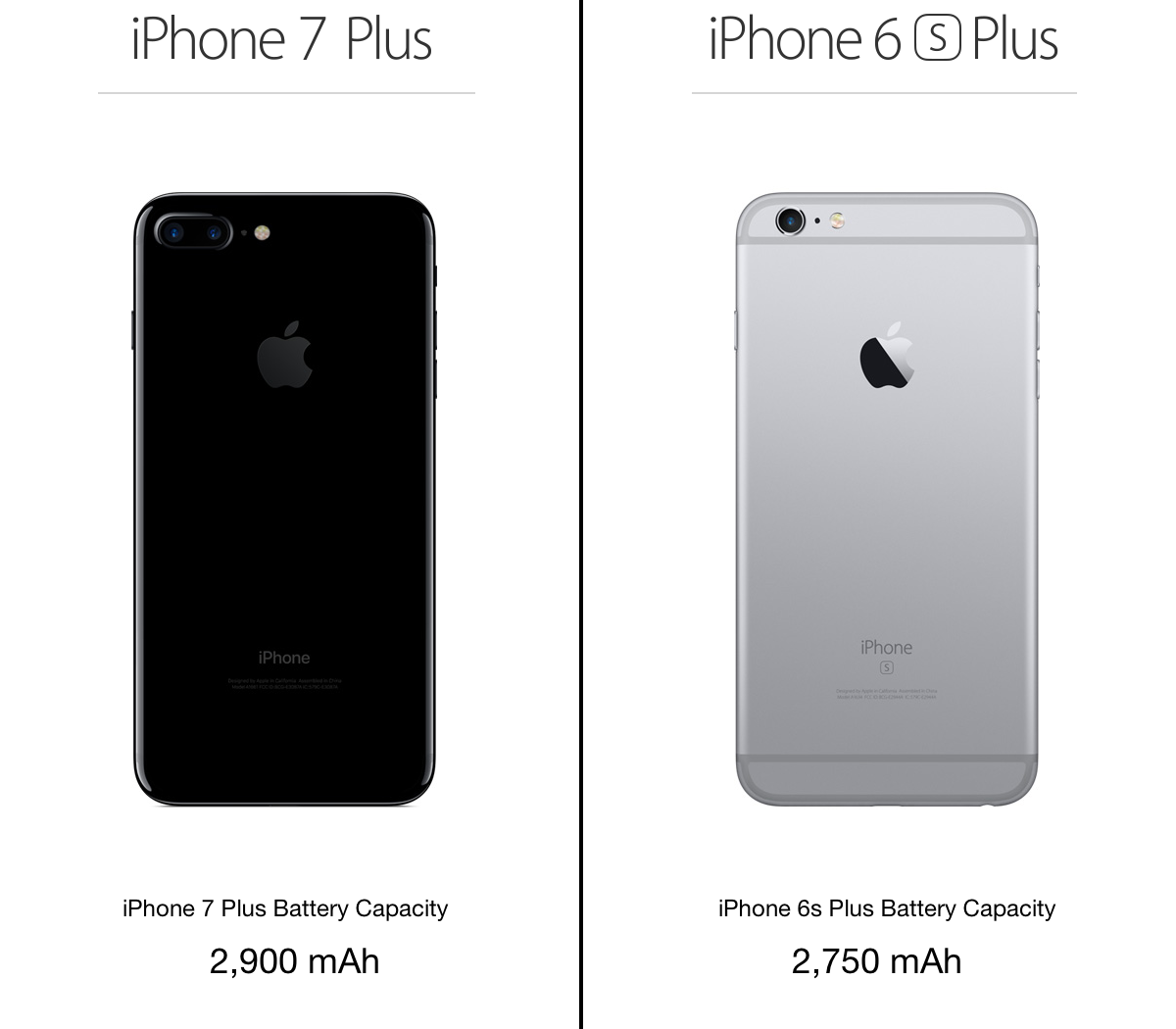 Although the battery bump isn’t all that significant on paper, it makes a bigger difference when paired with the new hardware on the device.

Currently, we only have Apple’s charts to go by, but once people start getting their orders in the mail, we should finally see some real-world battery life tests.

iFixit should be getting their tear-down units within a week, so it should be interesting to see what kinds of new tech they find inside Apple’s new handsets. Currently, we look forward to learning if this battery information is legitimate, as well as whether or not the iPhone 7 Plus actually ships with 3GB of RAM as rumored.