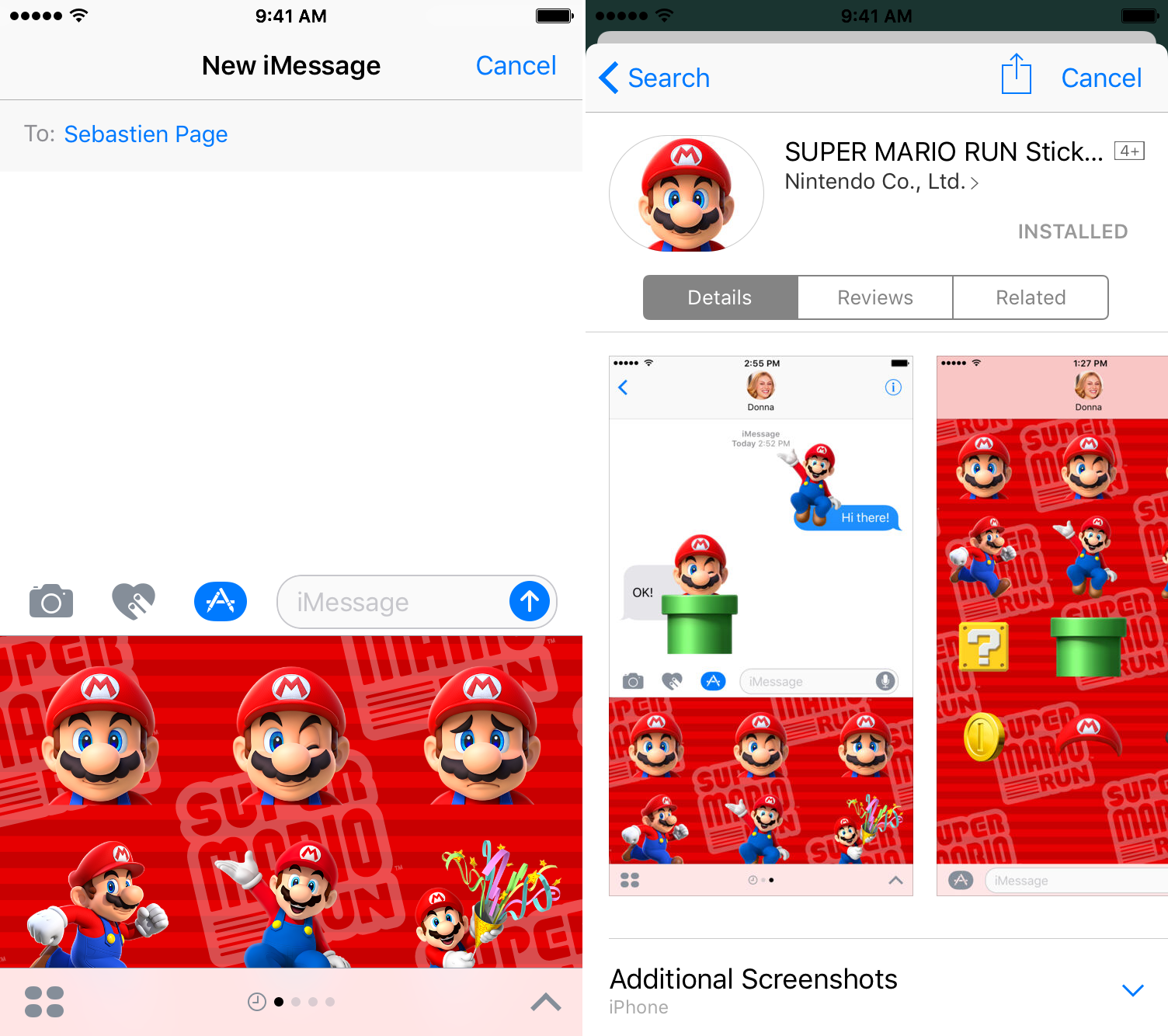 Nintendo on Monday released its Super Mario Run sticker pack for iMessage. The company announced the move during its surprise appearance at Apple’s keynote last week, promising the stickers would be available on day 1 of the iOS 10 launch.

Folks running iOS 10 beta on their device can install the sticker pack for free via the iMessage App Store. Simply open the iMessage App Drawer, tap on the Store icon, and search for ‘Mario.’ The pack includes 12 fun Mario-themed sticker images.

Stickers from Super Mario Run – coming December 2016 on iPhone and iPad! Show off your feelings with Mario’s expressions or use items to decorate your conversations to make them look like a scene from Mario’s world. By adding a cap or mustache to a photo, anyone can be Mario!

Once installed, the stickers can be used in an iMessage thread with a fellow iOS 10 user by tapping and holding on the image and dragging it up to the above conversation. They can essentially be applied anywhere, including on top of other photos.

After three months in beta, iOS 10 officially launches to the public tomorrow with several new iMessage features, Siri enhancements, and more. As stated above, the recently-unveiled endless runner Super Mario Run is expected to launch in December.