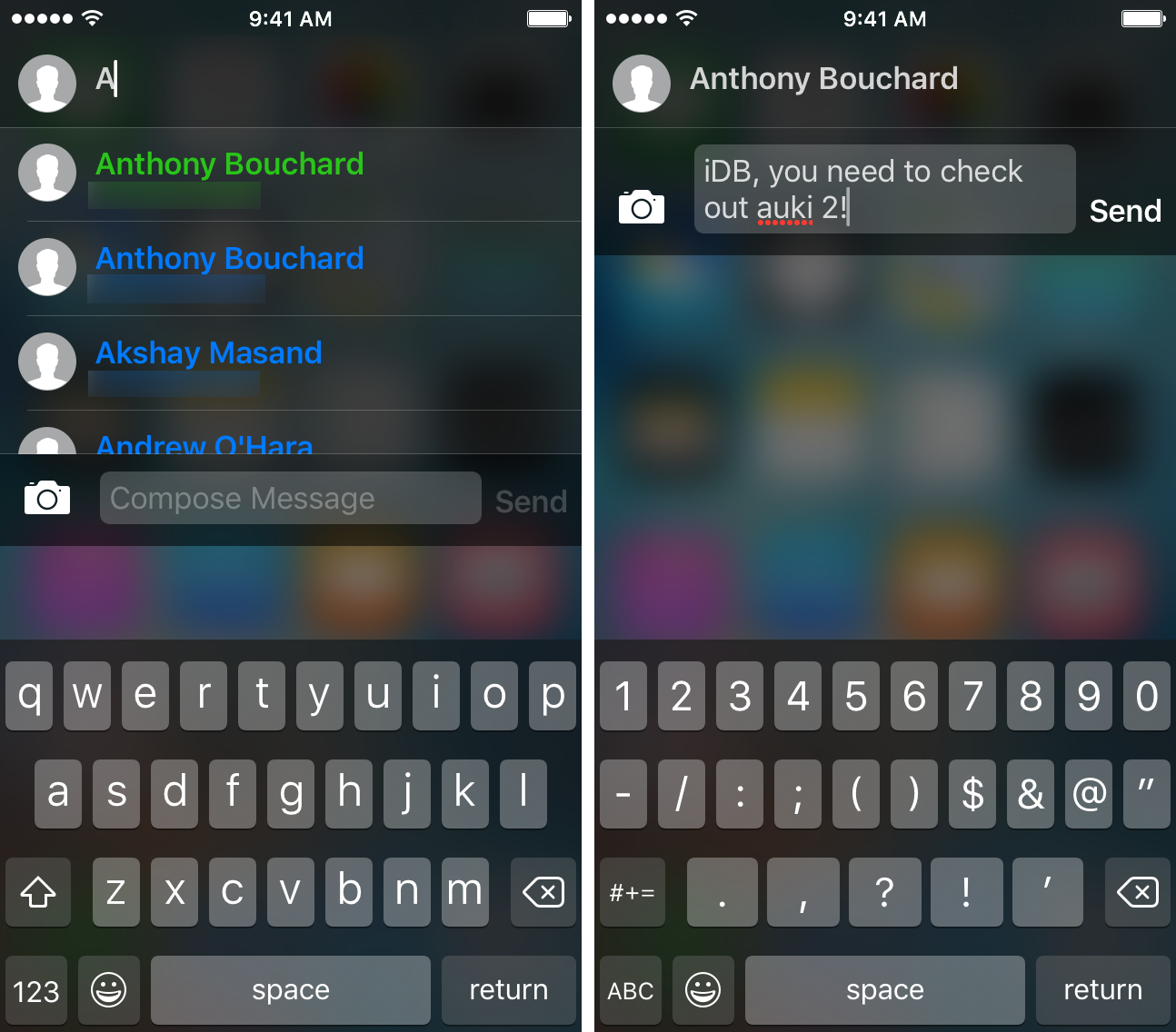 Back in the day, Auki was one of the coolest jailbreak tweaks to have on any jailbroken device. It brought a very native-feeling Quick Compose and Quick Reply experience to iOS.

Auki 2 for iOS 9 has been in development for some time, and after all that hard work, it’s finally become a finished project and is available in Cydia starting today.

Because iOS already has native Quick Reply built into it now, part of the Auki experience was already doomed from the get-go. Nevertheless, well-known graphic designer Surenix has worked hard with iOS developer @pimskeks to create something that’s the exact opposite of what you’d think to be “doomed.” In fact, they’ve crafted what some might say is a whole new beginning.

Quick Compose is probably the biggest feature of the tweak, because even a stock installation of iOS doesn’t have Quick Compose despite having native quick reply features built into it.

Shown above, Quick Compose can be initiated from anywhere in iOS with an Activator action of your choice; additionally, you can also open quick compose by swiping down while you’re in Notification Center.

You can begin typing someone’s name in the text field at the top of the interface and the tweak colorizes your search results in blue or green depending on whether or not you can iMessage the person. When you tap on the person you want to talk to, you can begin typing to them immediately.

You’ll also see that Auki 2 has an image picker to the left of the chat box, and this lets you send attachments from your Photo Library right from the Auki 2 interface without having to be in the Messages app.

As far as Quick Reply goes… well, iOS already has quick reply. So now, Auki 2 just goes to work by improving on it. 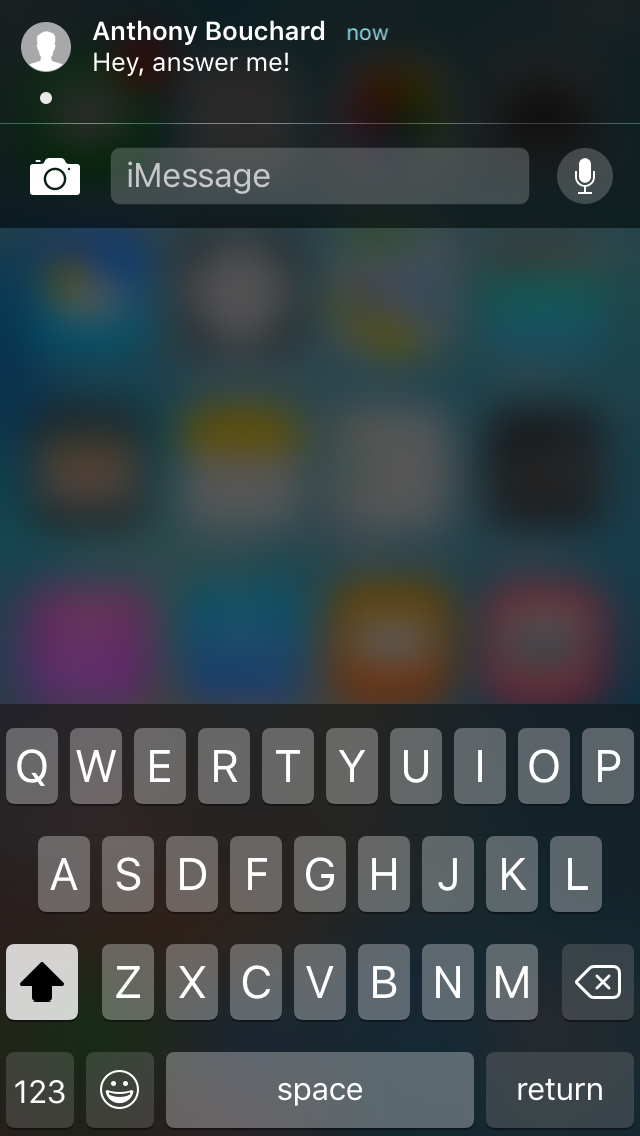 What you’ll see after installing Auki 2 is that you can now send attachments from your Photo Library through the Quick Reply interface, and contact pictures now show up next to the sender’s name.

Just like before, you can also swipe back to other messages from the conversation, just in case the notification you’re looking at doesn’t give enough context to spark your memory about what the conversation was about in the first place.

Auki 2 even comes complete with the ability to be reminded later of incoming messages you can’t deal with at the moment, and with a “Mark as Read” feature that lets you mark unread notifications as read. These buttons are brought up by tapping somewhere in the blurred area when you open the Quick Reply interface: 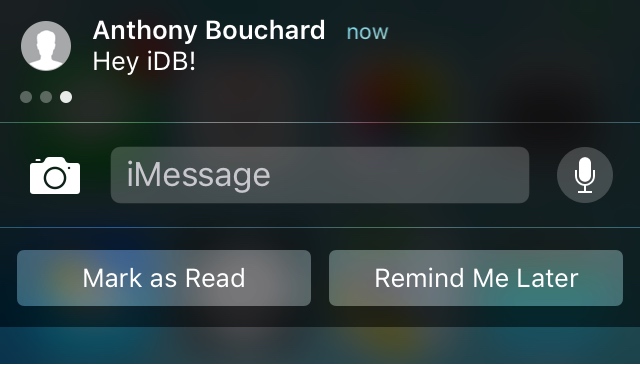 The contact pictures are actually going to be system-wide, and show up in the Messages app as well as in the Auki interface:

Auki 2 is available in Cydia’s BigBoss repository starting today for $3.99, but if you own the original Auki tweak, then Auki 2 is just a $1.49 upgrade.

If you’re jailbroken, I can’t recommend this tweak enough for improving your messaging experience. It works with iOS 9 iPhones and iPod touches (not iPads) and doesn’t have any options to configure.

Check it out and let us know what you think of it in the comments below!