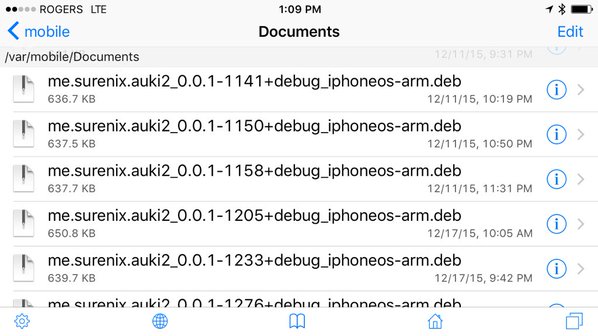 Auki—the Quick Reply and Quick Compose tweak released by Surenix and Bensge back at JailbreakCon in 2014—has a sequel in the works. Auki 2 is currently deep into development, and is the the result of a new collaboration between designer Surenix and developer Pimskeks.

Messages app tweaks like Auki are few and far between these days, especially with the demise of biteSMS, but Auki 2 looks poised to change that notion.

We had to stop working for a sec to tease you #auki2 build number (it's high)! /cc @pimskeks pic.twitter.com/7KiXADCD3E

No screenshots or videos have been released to showcase Auki 2 in action, but we know that it will definitely have something to do with enhancing the Messages app. The first version of Auki was centrally focused on providing enhanced Messages app functionality like Quick Compose, Quick Reply, and Silent Mode features.

It’s true that most of those features have since been incorporated into stock iOS, so it will be interesting to see what new ideas that Surenix and Pimskeks plan on bringing to the fore. Right now, there’s no ETA for a release date, but we do know that it is well in the works.

What do you think about having a brand new version of Auki running on iOS 9?