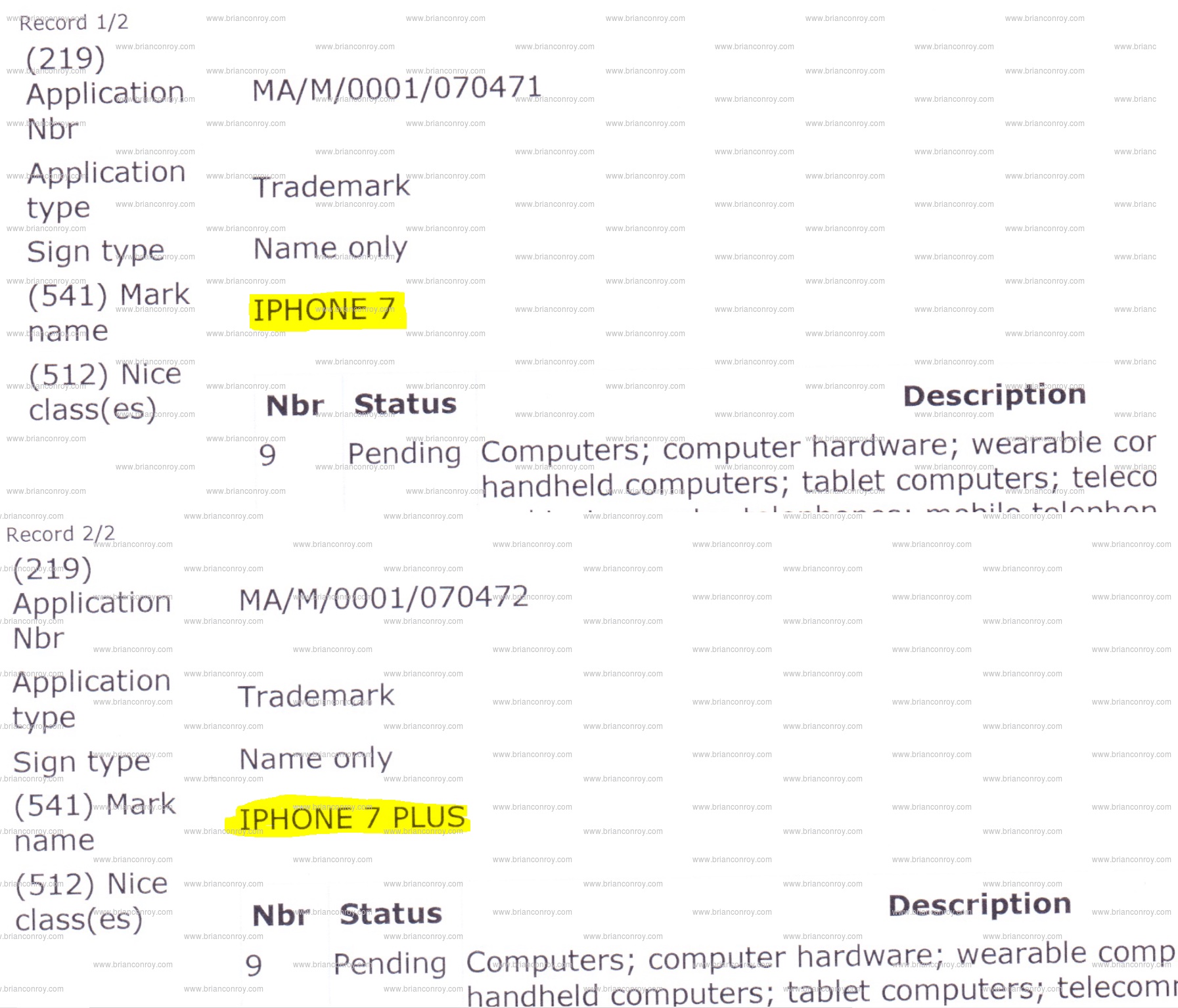 With 24 hours left until the iPhone 7 keynote, a bunch of Apple trademark filings have now surfaced, as recently discovered by lawyer Brian Conroy. The documents provide some solid hints as to some of the gadgets the Cupertino firm may have been working on and could release at tomorrow’s event.

One of the more peculiar trademark filings is that for “Iris Engine”, potentially hinting at iris scanning capabilities believed to be coming to a future iPhone.

Another one is for “AirPod Case”, which probably denotes a carrying and charging case for AirPods, Apple’s alleged Bragi Dash-style high-end Bluetooth in-ear buds.

Apple has also trademarked “iPhone 7” and “iPhone 7 Plus” (but not “iPhone 7 Pro”) so we now know that the next iPhone will almost certainly come in two major varieties, just like the iPhone 6s and iPhone 6s Plus do.

In addition to ”AirPod Case”, he also discovered a trademark filing for “AirPods” that was first discovered last year but couldn’t be immediately linked to Apple as it was filed for through a shell company.

A few other interesting trademark filings linked to Apple: