Apple’s wireless headphones, likely to be called “AirPods”, will take advantage of an in-house designed Bluetooth chip and be marketed as a high-end alternative to the Beats brand, which itself will be positioned in the mid-range market, according to a note by KGI Securities analyst Ming-Chi Kuo.

In his report to clients, a copy of which was obtained by MacRumors, Kuo writes that Apple’s custom-designed chip improves Bluetooth reliability, sound quality and battery performance for longer battery life versus an off-the-shelf chip.

We believe Apple will position Beats in the midrange market once it launches Apple’s own-brand Bluetooth headphones, in order to maximize profit with a dual-brand strategy. We also believe Apple will have its own-designed Bluetooth-like communication chip, given its higher requirements for power-saving, communication specs and potential rapid growth of Bluetooth headphone shipments. Cheng-Uei and Inventec are the likely choices for assembly service.

Does that mean that the Beats lineup will be discounted to cater to the mid-range of the market? If not, will the AirPods come with a hefty price tag? We’ll find out tomorrow.

Forbes first reported in August that Apple was building a set of wireless earbuds from scratch based on its custom low-power Bluetooth chip built on the technology from Passif Semiconductor, a startup the iPhone maker bought in 2013.

9to5Mac said in January 2016 that Apple was working on a new wireless earphones product. The earphones would apparently fit inside a user’s ear, come with a charging case and be marketed under the new “AirPods” moniker.

They should resemble Bragi’s wireless in-ear headphones, the Dash (pictured below). 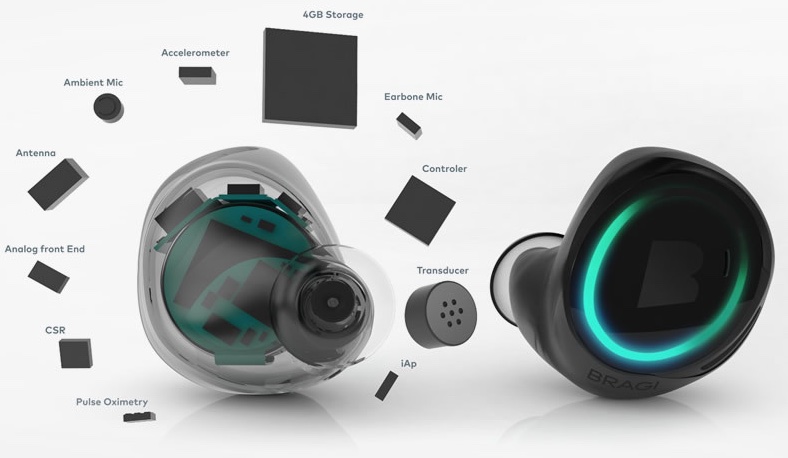 The iPhone 7, which will be unveiled tomorrow, should remove the 3.5mm headphone jack and provide a Lightning-to-3.55mm adapter in the box to let customers use their legacy headsets without needing to spend extra money on a third-party dongle.