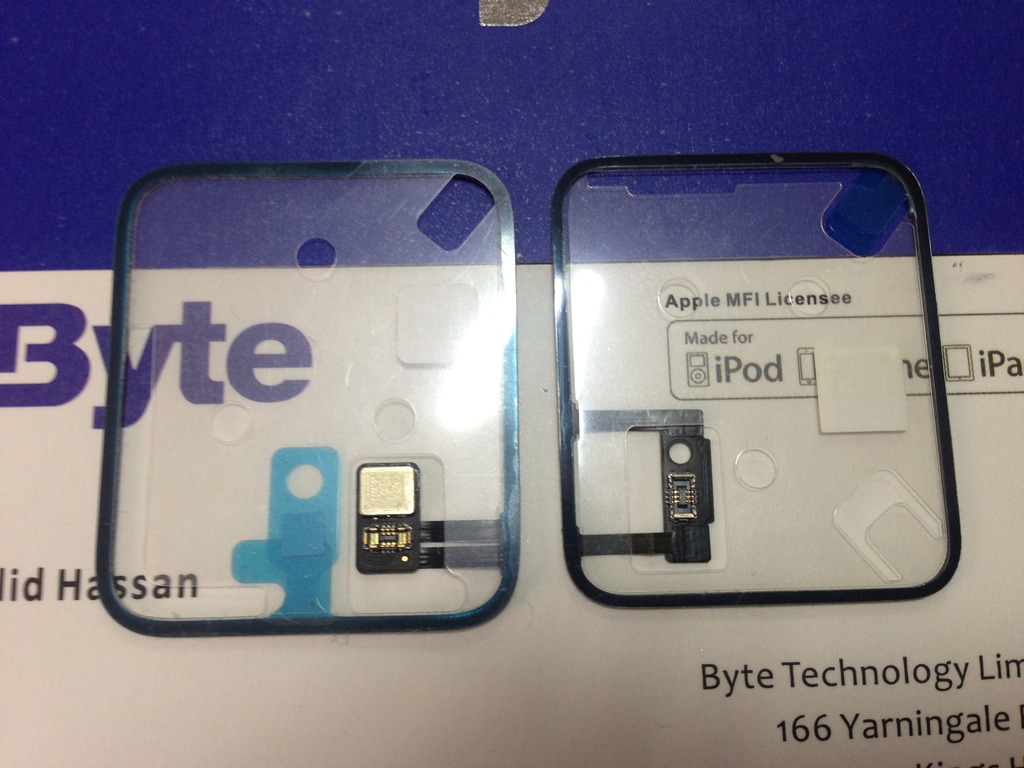 Supply chain rumors have asserted that a second-generation Apple Watch 2 could offer a few additional hours of battery life while replacing the current models’ Glass on Glass (G/G) touchscreen with a thinner and lighter screen based on One Glass Solution (OGS) display technology. These two features—a thinner display assembly and a bigger battery—are allegedly shown in a video posted by Byte, a UK-based retailer that sells Apple-certified accessories.

“The new Apple Watch 2 LCD is thinner, has an all new design on the rear and an additional chipset,” the publication writes. Indeed, we can see a tweaked chip alignment in the Apple Watch 2’s Force Touch gasket.

“The bezel on the front is smaller than Apple Watch 1,” says Byte.

The battery module shown for the video is for the 42mm device and appears to be rated at 1.28Wh and 334 mAh, just like the battery that leaked out of China last week. The original Apple Watch draws power from its 0.94 Wh/246 mAh battery, meaning the Apple Watch 2 has a 35 percent stronger battery that could potentially give the device a few hours of extra run time.

And here’s the video, shot live in Shenzhen today.

Despite the rumored thinner display assembly based on OGS display technology, we believe the Apple Watch 2 casing won’t be any thinner than the original model’s because of a bigger battery needed to power its rumored GPS module.

What do you guys make of this video?

Top photo: LCD and touch screen digitizer for Apple Watch 2, at left, and the original model, at right.