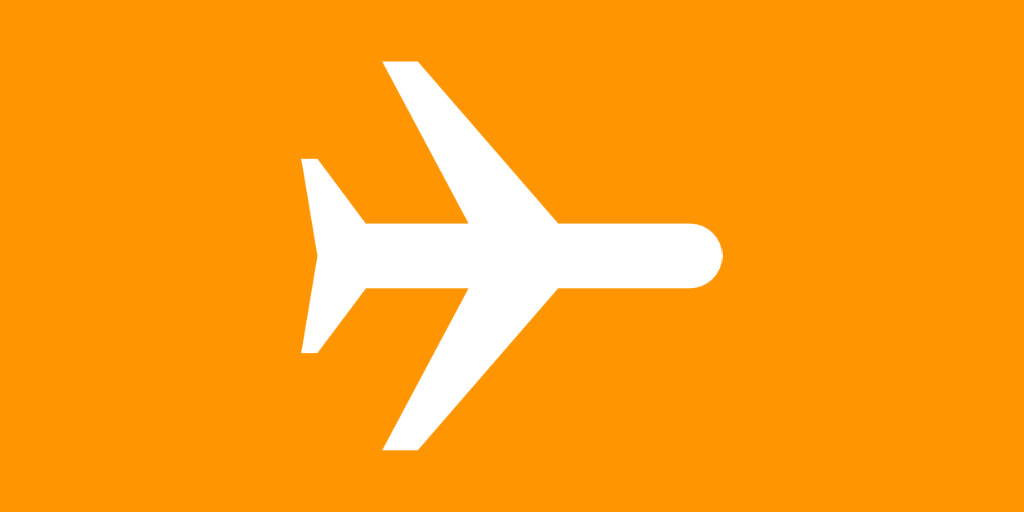 With a new jailbreak tweak released by the name of Keep On Airplane Mode, you can now use the feature to toggle only your cellular radios off while keeping your Wi-Fi and Bluetooth radios active.

Admittedly a bit niche of a tweak, it raised an eyebrow of mine when I first saw it in Cydia. This tweak is intended for O.C.D. folks more than every average person… let me explain why.

I have an iPhone 5 and an iPhone 5s, both of which sit on my desk without service because the only iPhone I bring with me while I’m out and about is my daily driver iPhone 6 Plus. The iPhone 5 and iPhone 5s do nothing but access Wi-Fi.

Because I’d rather look at an airplane symbol than a NO SIM or No Service indicator in the Status Bar, I reluctantly keep Airplane Mode turned on, as you probably see in many of my posts, and just enable Wi-Fi and Bluetooth manually from Control Center so that I can use the internet on those device, as well as AirDrop.

With the Keep On Airplane Mode jailbreak tweak installed, anyone in similar shoes as myself can actually go ahead and toggle Airplane Mode on or off freely without changing their Wi-Fi and/or Bluetooth toggle settings. This effectively turns the Airplane Mode switch into no more than a cellular radio toggle switch.

There are only a couple of settings to configure after installing the tweak. You can independently choose what gets left on when you turn Airplane Mode on, and you can even select a custom Bluetooth delay for when it reconnects. 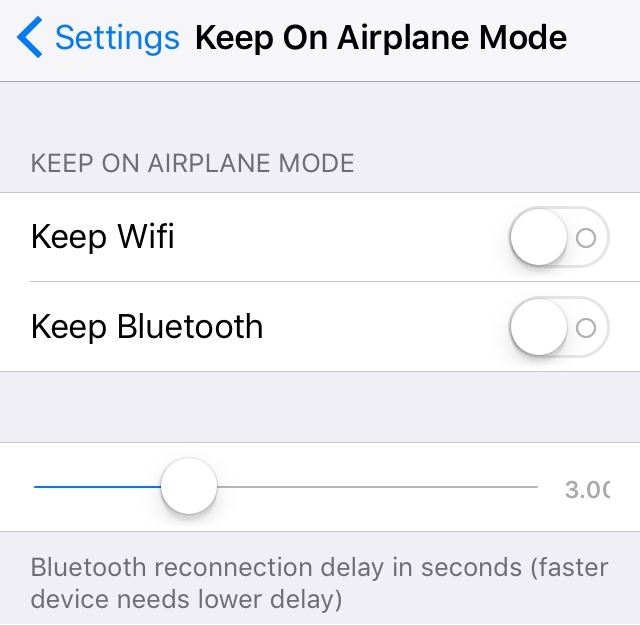 You can bet that this tweak renders the intended functionality of Airplane Mode (to disable all wireless transmission from your device) utterly useless. For someone like me who leaves his work devices at his desk all day, that’s not a problem, but I don’t recommend this tweak for travelers who want a fast way to disable all cellular radios while boarding airplanes.

If you’re in a similar situation as me and might find this tweak useful, you can download it for free from Cydia’s BigBoss repository right now. The tweak has only been tested for iOS 9.0 and later, so install on earlier firmware versions at your own risk.

Feel free to share your laughter about my O.C.D. Airplane Mode usage in the comments below, or just tell us your thoughts about the jailbreak tweak!