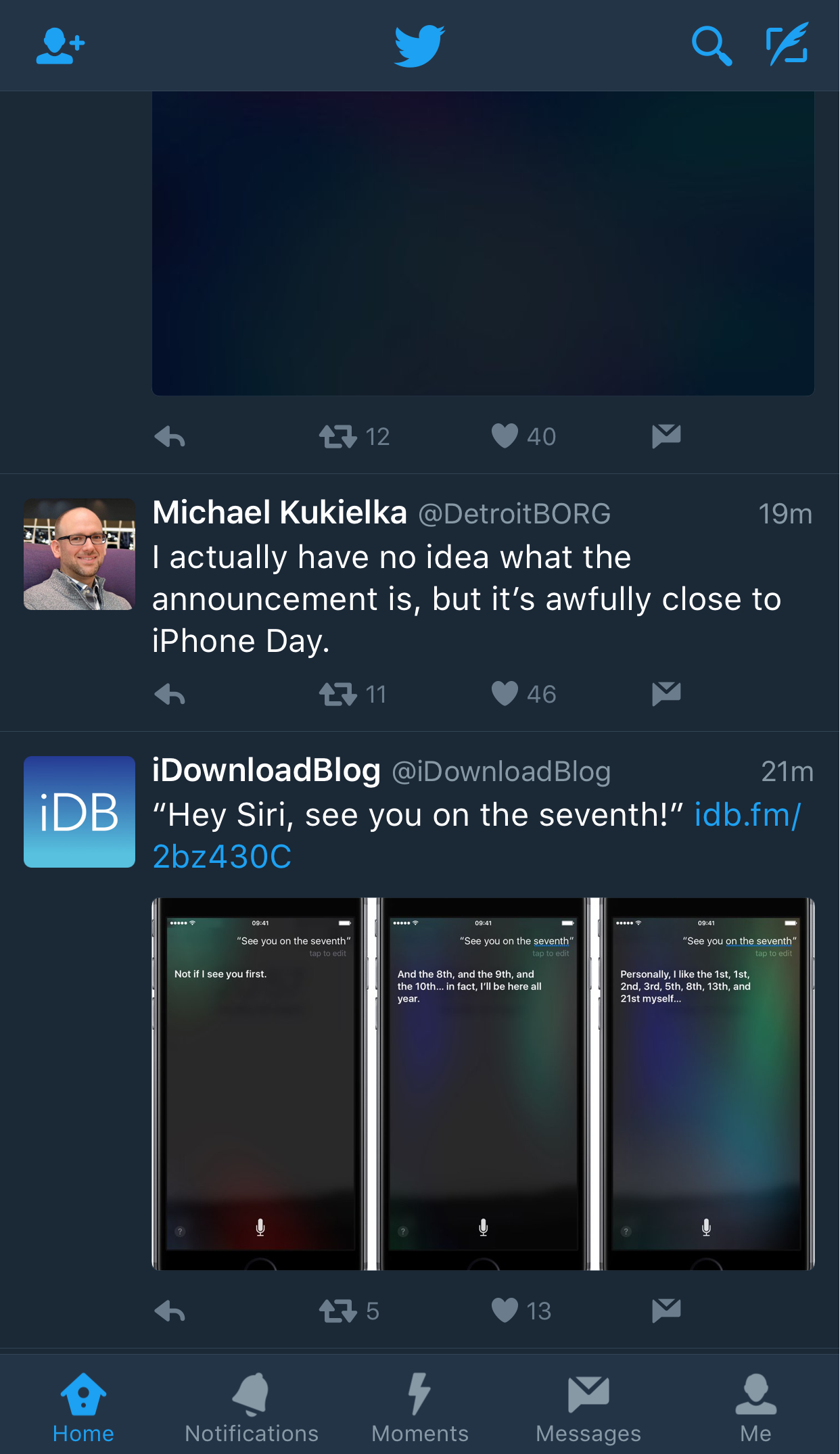 In one of its most recent updates, Twitter added a new night mode theme to its mobile app that makes the app easier on your eyes at night.

For jailbreakers who like the feature, but expected more than having to manually operate it all the time, a developer has figured out a way to make Twitter’s night mode more automatic with a new jailbreak tweak called NightOwl.

Twitter’s night mode on a timer

With NightOwl installed, the Twitter app is going to toggle night mode on or off based on your local sunset and sunrise timeframes without any intervention on your part. You will no longer have to pain yourself to open your Twitter profile and tap on the Settings button to enable night mode.

NightOwl does not have any options to configure, but it does require your location services at least once to figure when you local sunset and sunrise times will be. Once it has your location figured out for the first time, it won’t need to ping your location anymore thereafter, so keep this in mind if you’re really picky about your location sharing.

In a way, the automatic night mode interface change feels a lot like Apple’s automatic Night Shift feature from iOS 9.3 and later, which can enable or disable a f.lux-like color profile automatically at sunset and sunrise just like NightOwl can.

It’s a nice touch because it saves you the trouble of having to switch when you’re using Twitter and helps reduce eye-strain by automatically enabling an disabling it at the best times.

One of the things I wish NightOwl did have, which Apple’s Night Shift mode does, is the ability to specify manual timeframes and not only use local sunset and sunrise times. Why? Sometimes you may leave your local time zone, and when you do this, the night mode feature may toggle on or off at awkward times relative to your new location.

Using NightOwl requires the stock Twitter app from the App Store, which can be downloaded for free if you don’t already have it. It unfortunately doesn’t work with third-party Twitter clients, such as Tweetbot.

If you want to give NightOwl a try, it’s being hosted in Cydia’s BigBoss repository completely free of cost. Those who like poking around in source code to see how things tick will also be happy to hear the developer has published the source code for the public eye on Github.

Let us know how the NightOwl jailbreak tweak works for you in the comments!