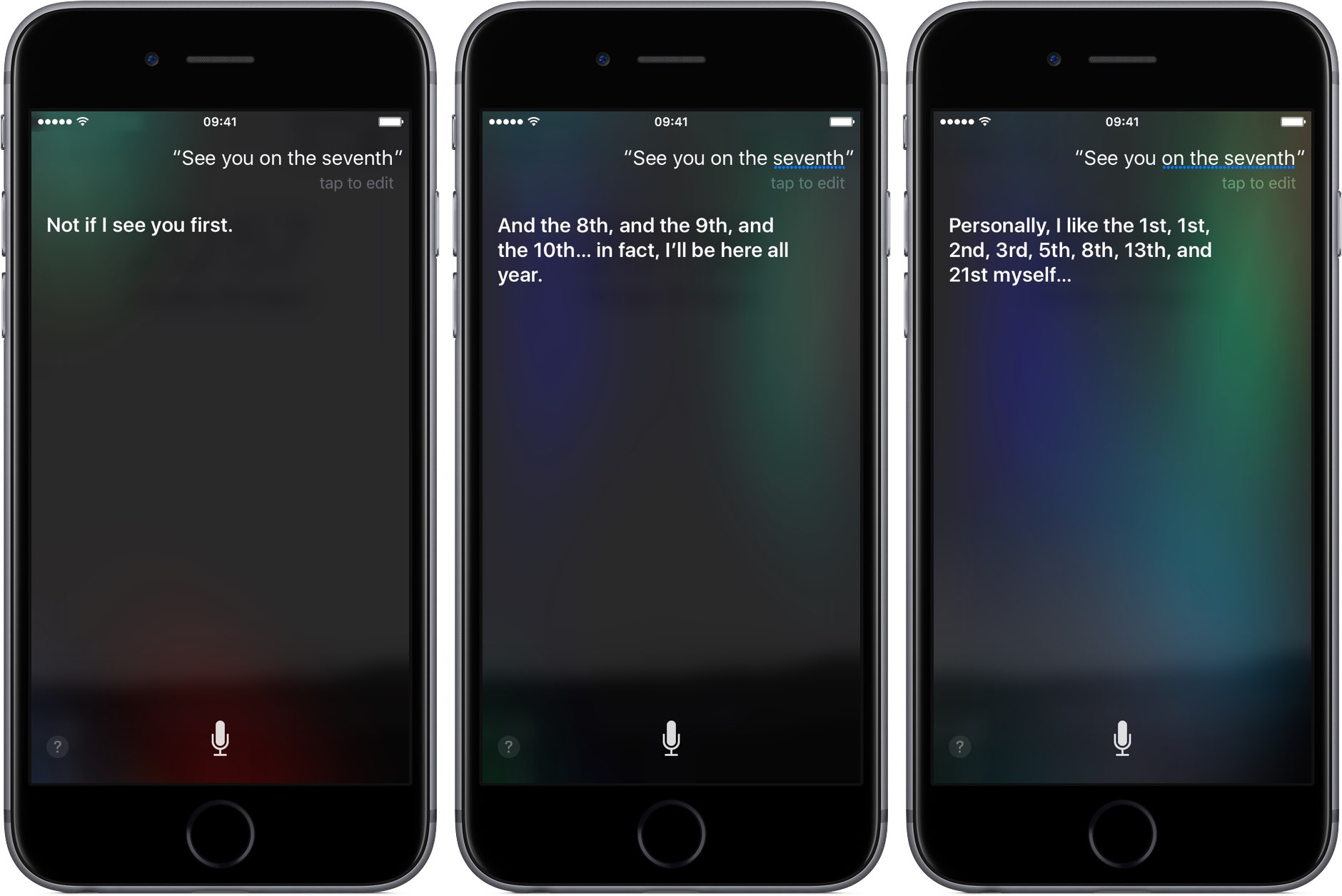 Siri giving witty responses ahead of major Apple events has become something of a tradition for Apple and part of the festivities by its eager fans. The just-announced September 7 iPhone 7 press conference is no exception. Thanks to a silent backend update, Siri now serves up a variety of amusing responses when asked about the iPhone 7 event.

Best thing you check them out for yourself.

The right way of getting those funny remarks is to invoke Siri, then say “See you on the seventh”. You can see some of the typical responses I got top of post. Additional choice remarks from Siri regarding the September 7 event are included right below.

“See you on the seventh,” of course, is the tagline on Apple’s invite.

Those of you who have received witty responses other than those I screenshoted for this article, please post them down in the comments for everyone to see.