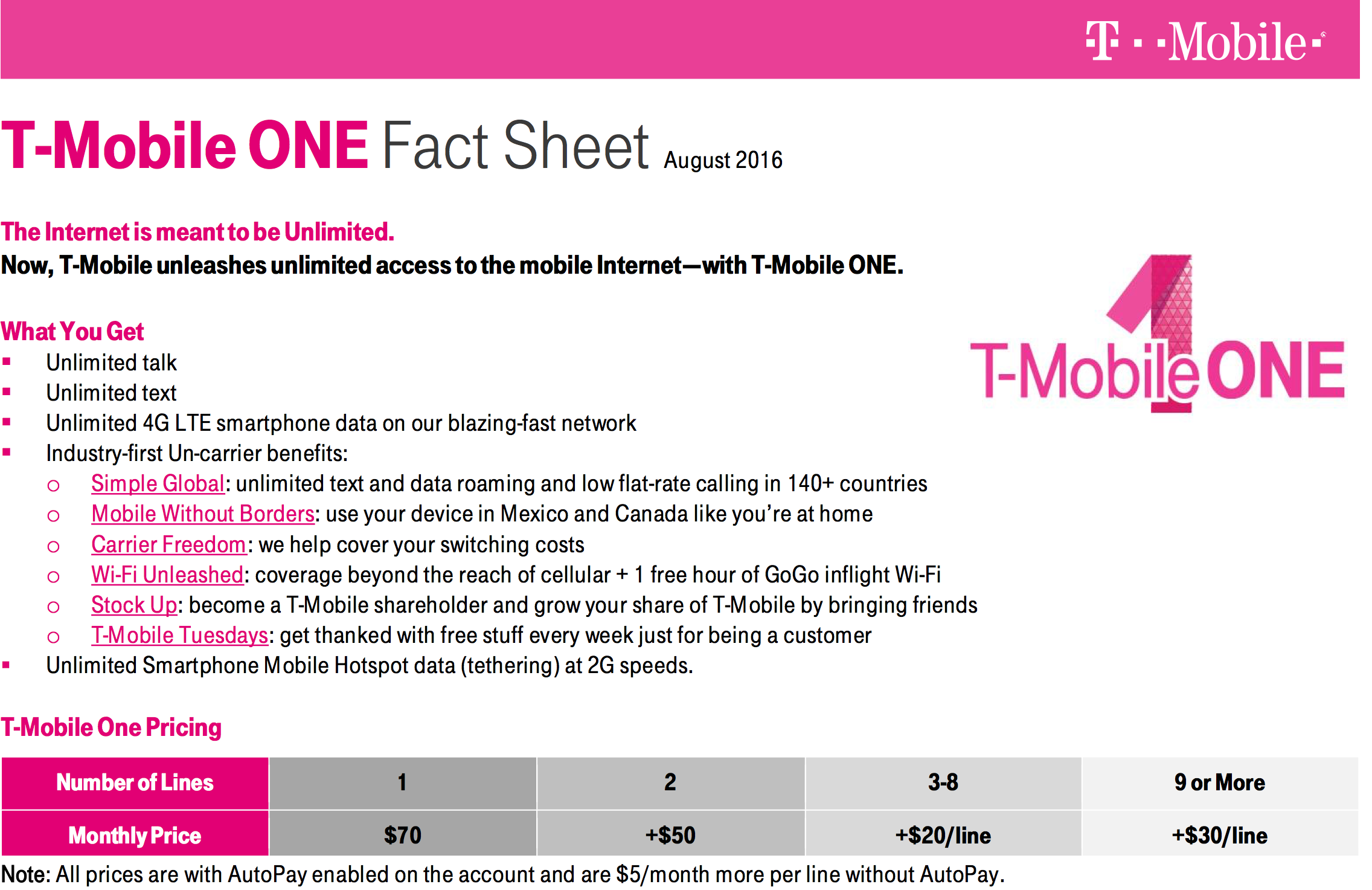 Just as U.S. carrier AT&T announced more affordable data plans with no overage charges, Deutsche Telekom-owned T-Mobile USA today launched One, its brand new $70 per month plan with unlimited 4G LTE data, calling and text, plus no data caps. However, if you plan on streaming high-definition video on One, that’ll be an extra $25 unless you’re content with video streaming in standard (DVD-like) quality in 480p.

Prepaid customers will be allowed to sign up for One in the future.

A family of four can get T-Mobile One for just $40 per line—the best price for Unlimited LTE nationwide. The first line is $70 a month, the second is $50 a month, and additional lines are only $20 a month up to 8 lines with auto pay. And it’s just $5 more a month per line without Auto Pay.

“We’re going all in on unlimited with T-Mobile One,” he said. “100 percent unlimited. All the time.”

The One plan comes with T-Mobile’s standard extras, including Simple Global, Mobile Without Borders, Wi-Fi Unleashed, Stock Up, T-Mobile Tuesdays and Carrier Freedom.

By comparison, existing Simple Choice plan include 2GB/6GB/10GB data tiers for $50/$65/$80, including a $95 per mont plan with unlimited talk, text, 14GB of LTE tethering and unlimited HD video.

You can learn more about One in T-Mobile’s PDF document.

“I hope AT&T and Verizon try to follow us,” said Legere. “In fact, I challenge them to try.”

The magenta carrier also said its free Binge On streaming limited video quality to standard definition because they wanted to test the network before launching the new One plan. 99 percent of customers have retained Binge On streaming, said the firm.

What do you think of One so far?