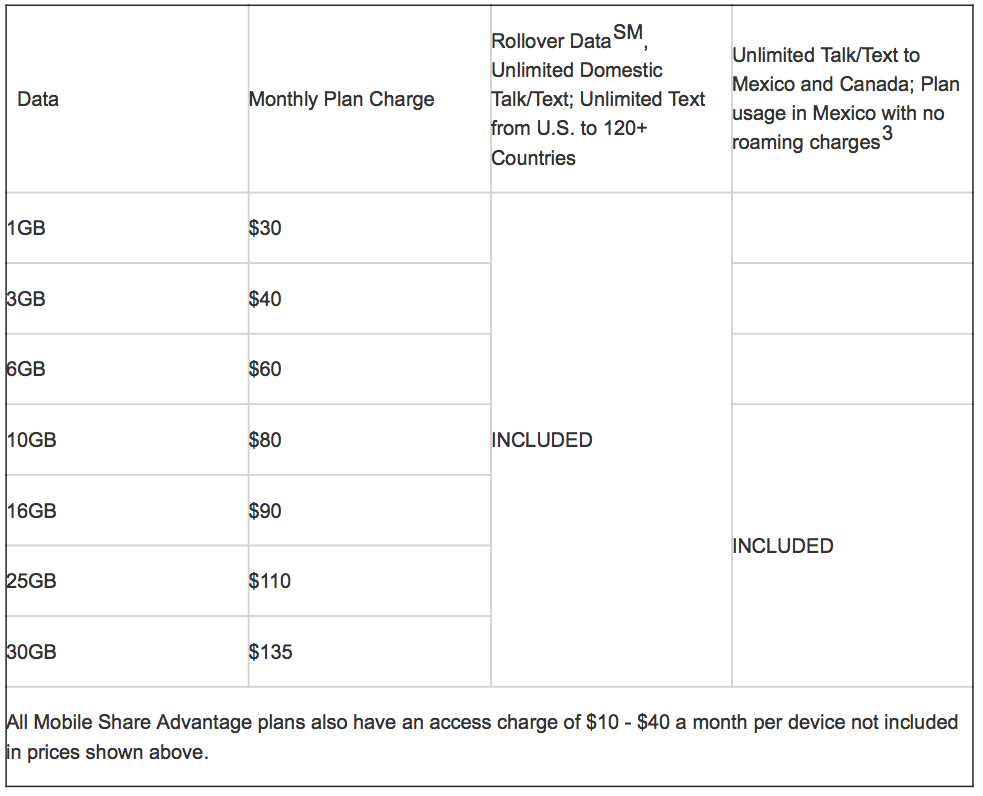 Overage charges will become a thing of the past as the carrier will no longer slap you with a $15 per 1GB charge after using rollover data. Instead, your data speeds will decrease to the sluggish 2G (128 kbps) after all of the cellular data in your monthly bucket has been used up.

AT&T provided the following example of the savings:

If you have two smartphone lines on a current Mobile Share Value 5GB plan for $100 per month, you can now get the new Mobile Share Advantage 6GB plan—1 additional GB of data for the same price, plus no overages. If you need more data, for $20 more a month, you can get 10GB of data.

You can add up to ten lines on both plans.

Unlike some other carriers (I’m looking at you, Verizon!), AT&T won’t require you to pay a monthly fee for the privilege of not being charged for exceeding your monthly data allotment.

You can learn more about the new plans, which go into effect on August 21, in AT&T stores.

In other AT&T news, the company said that it’s partnered with major network leaders in the space to enable faster 5G deployment once 3GPP completes the first release of the official specifications.

However, 5G technology is all hype at this point and may never take off in a big way as its marketing moniker would have you believe, as succinctly explained by Susan Crawford in this Medium post.