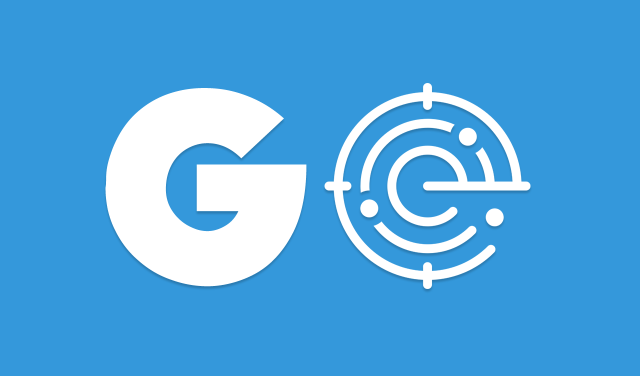 Pokémon GO is all the hype right now, and lots of people are enjoying playing it, but there is a substantially high number of people who are upset with the removal of the Footsteps feature in the game, and even more-so game developer Niantic’s decision to start shutting down real-time Pokémon trackers.

If you’re having trouble finding the Pokémon you want after the update that removed Footsteps, you might consider trying a crowdsourced Pokémon tracker app instead of one that relies on Niantic’s servers to feed information.

By using a crowdsourced app, the information may be a little less accurate, but the community is pretty good at weeding out the good from the bad. We recently showed you an app that did this, but while it was free at the time, it has suddenly become a paid app.

One good alternative is Go Radar, which is free in the App Store. While it’s ad-supported, it still seems to be maintaining a strong four-star review average for its usefulness.

Go Radar notes in the app description that it tracks Pokémon in real-time by using crowd-sourced information. With that being said, it doesn’t actually seem to rely on user input to track Pokémon. Instead, it seems to find Pokémon spawns automatically and display them for you to see. 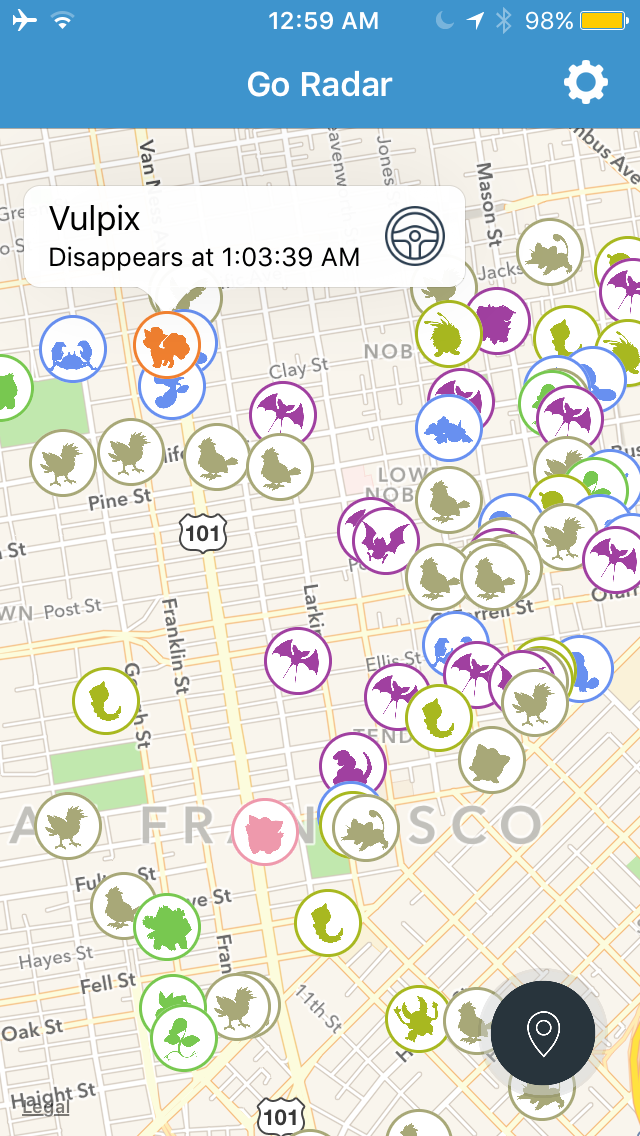 Here, you can see a map of San Francisco, California, and it’s just Pokémon galore there, but we can tap on any of the Pokémon that appear on the map, and a prompt shows us its name, as well as what time it’s expected to disappear, which gives you a good indication of how much time you have left to try and catch the Pokémon.

You can also tap on the steering wheel button if you need help navigating to the Pokémon, which might be useful if you see a rare one that you want to get to and you’re in unfamiliar territory, which you often might be as an adventurous Pokémon trainer.

When you tap on the Settings button at the top right of the app, you can access the app’s internal settings, which are going to be your best friend when you’re in the middle of tracking down your most-needed Pokémon. 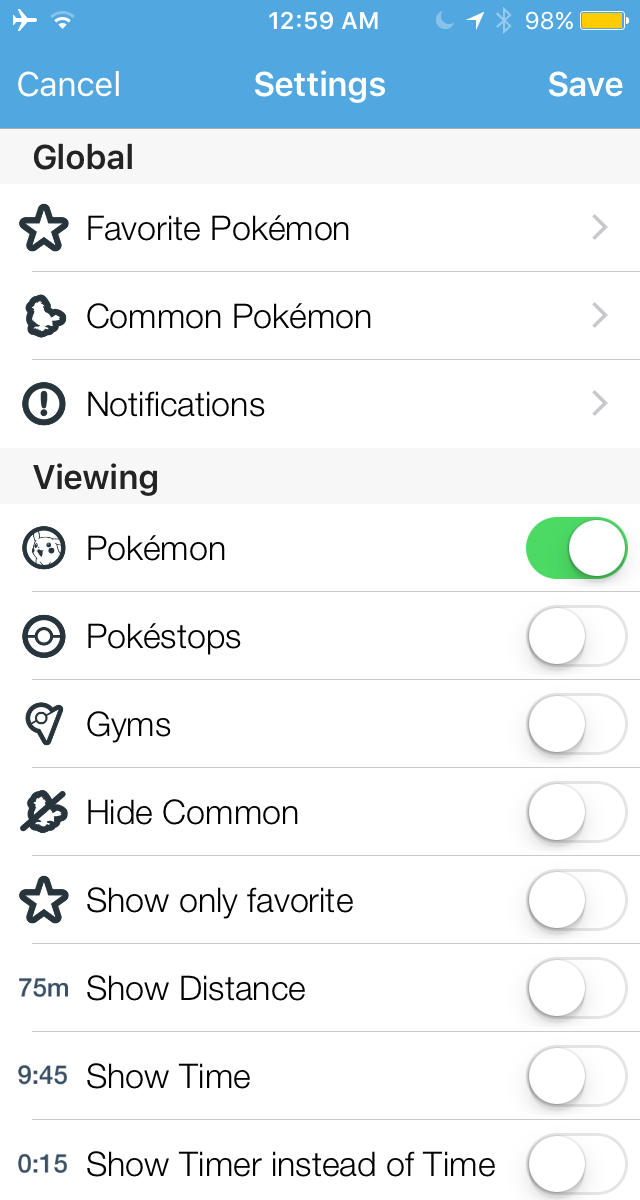 In this section, you can configure what your favorite Pokémon are, as well as what you consider to be the most common. 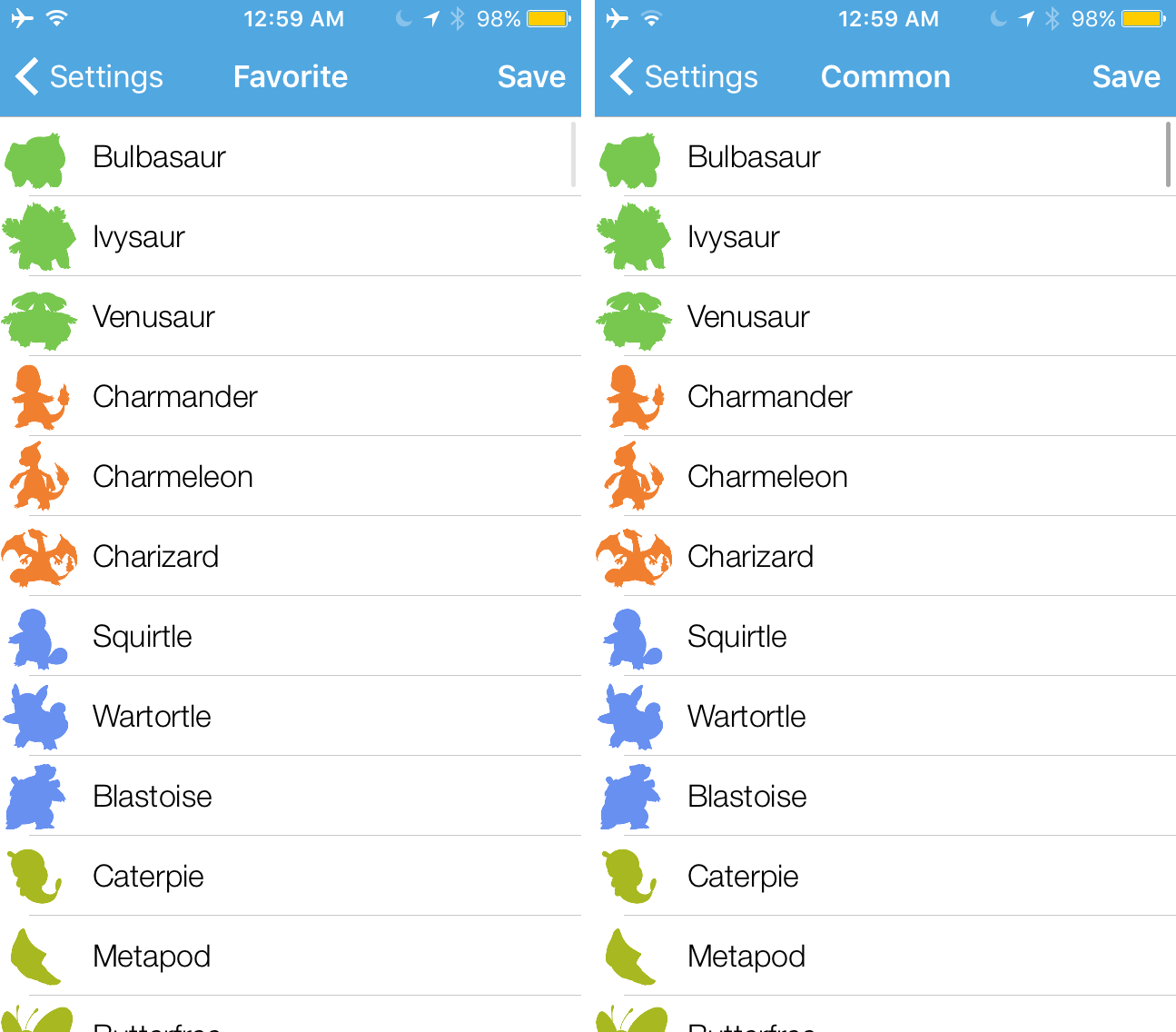 The app’s settings give you the following abilities:

You can also configure notifications for when rare Pokémon spawn anywhere near you, which is going to be an invaluable tool for you because it lets you know when something you want is nearby. You can configure the app to vibrate when normal Pokémon that you haven’t designated as common or favorites spawn nearby, or you can configure it to vibrate only when your favorite Pokémon spawn nearby. 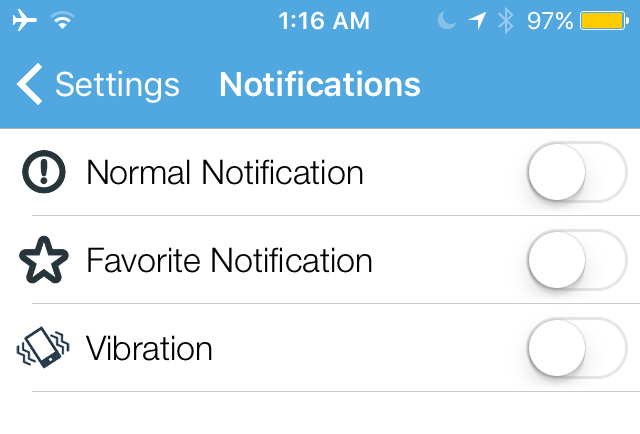 As good as it gets?

Although it’s not as spectacular as the real-time web-based solutions that were around before Niantic ripped the Footsteps feature from the game, it’s still a semi-real-time solution for players. The only catch is that many people in one area have to be using the app for it to be effective at crowd-sourcing information near you, as it relies on users.

If you live in an area where not a lot of people are using the app, it will fail to populate a ton of information about nearby Pokémon. That’s not to say it won’t show any, but it just won’t be as robust as a location like San Francisco.

For what it’s worth, the app seems to give accurate estimates of Pokémon locations, so if you need a way to track them down easier because you live in a rural area, this app may be worth trying.

A word of warning

It goes without saying that Niantic is very against Pokémon tracker apps and has openly stated that using them is a direct violation of the game’s terms of service and is considered cheating.

It’s unknown if the Pokémon GO app can detect whether or not Pokémon-tracking apps like this one are running in the background on your device while you play, and as a result, there always comes the risk that you could get caught, warned, and even worse, banned.

We don’t condone cheating, and personally, I don’t even use Pokémon-tracking apps while I play the game because I certainly don’t want to cheat or be banned, but I’ve been asked so many times if there are any good alternatives to Poké Vision since the web-based tracking service was shut down that it seemed worth writing about.

If you choose to cheat, you do so at your own risk, and we are not responsible for your decision in doing so. This post has been created for nothing more than educational purposes only. As long as you understand the risks, the responsibility of making decisions to is up to you.

Although Niantic has made finding Pokémon in your area harder than ever before with the removal of Footsteps and by shutting down many third-party Pokémon-tracking services, that’s not to say that there aren’t alternatives out there.

If you want to download Go Radar, you can grab it in the App Store for free.

What are your thoughts on Niantic’s decision to shut down multiple Pokémon-tracking apps? Share in the comments below, but keep it civil.