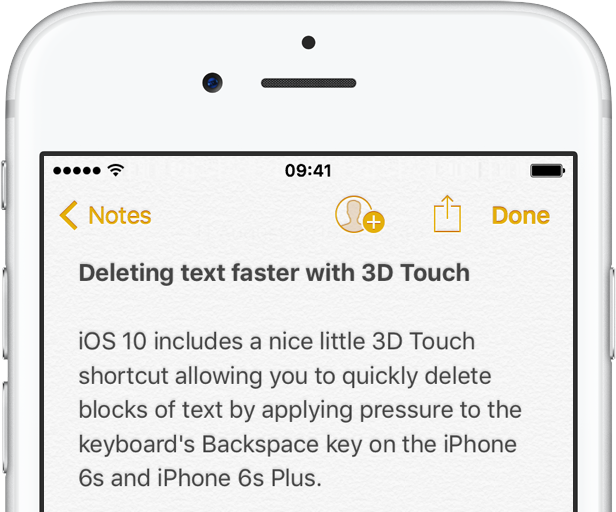 Here’s a time-saving enhancement discovered in the previous beta of iOS 10: deleting text faster—a lot faster—with 3D Touch. Although this very cool feature originally flew under our radar, we’re letting you guys know about it so that you’re kept in the loop. Owners of an iPhone 6s or iPhone 6s Plus should be especially pleased with iOS 10’s expanded use of 3D Touch gestures for things like clearing all notifications, sharing apps and renaming folders.

Is this cool or what?

If you’re a developer or public beta tester and have a beta of iOS 10 installed on your iPhone 6s, we’d love to hear your impressions on iOS 10’s extensive use of 3D Touch throughout the system.

What new 3D Touch shortcut in iOS 10 do you find the most useful and appealing to average users, and why? Share your observations in the comment section.