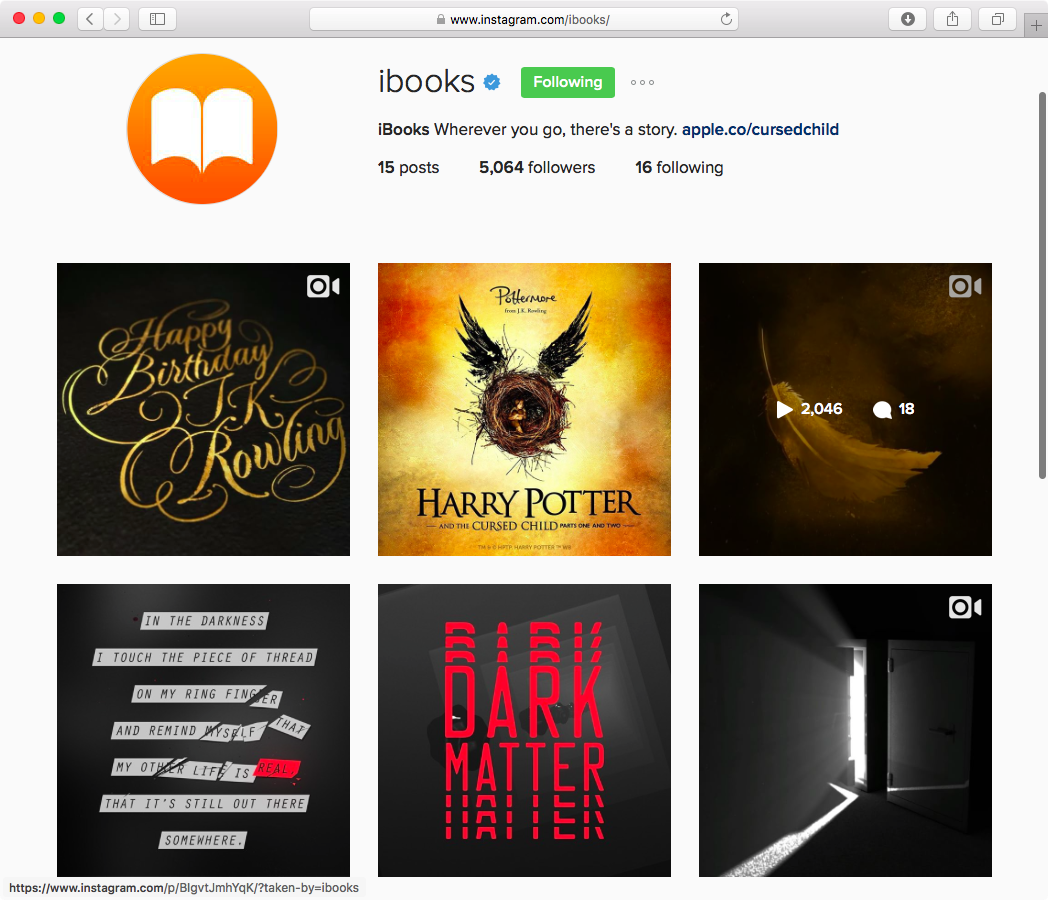 Following launch of the widely popular and incredibly active Apple Support account on Twitter earlier this year, Apple has now created a brand new account on Instagram. Dedicated solely to iBooks, it shares book quotes, spotlights authors and reviews, promotes new arrivals and more. At the same time, the iPhone maker has now released the script for “Harry Potter and the Cursed Child” on the iBooks Store (also available from Amazon and other retailers).

“Wherever you go, there’s a story,” reads the account’s bio page.

Curiously enough, existing posts on the account lack any official iBooks Store URLs in captions and comments. The account’s latest post is a Happy Birthday message to J.K. Rowling, the author of the Harry Potter books.

iBooks had fifteen posts and more than 5,000 followers on its verified Instagram account at the time of this writing, and can found at instagram.com/ibooks. 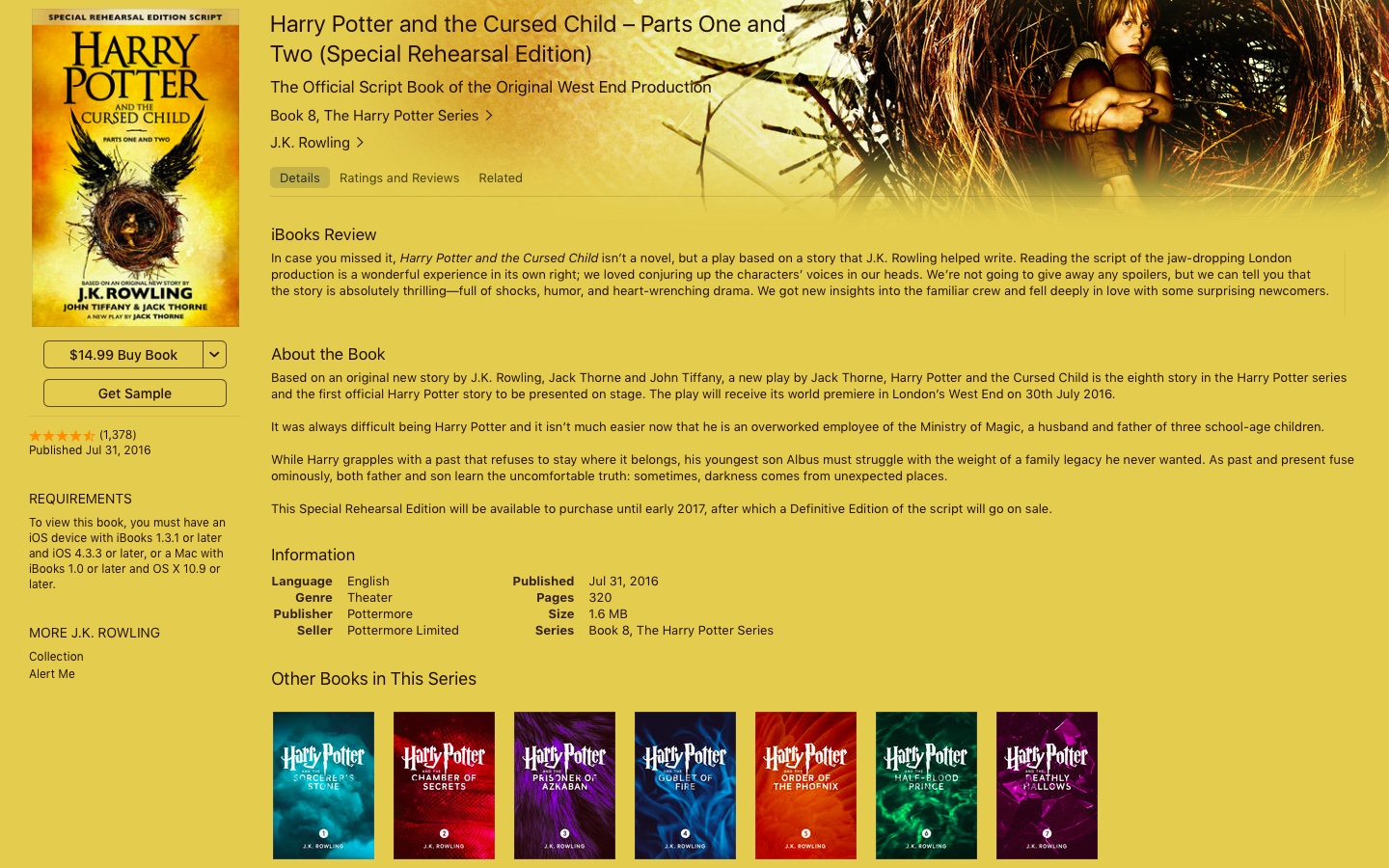 Set in J.K. Rowling’s popular Harry Potter universe, the aforesaid new book is basically a script of the play of the same name that premiered around the world last weekend. The book follows the story of Harry, Ron, and Hermione and is set nineteen years after the events of “Harry Potter and the Deathly Hallows.”

Here’s an excerpt from the blurb:

It was always difficult being Harry Potter and it isn’t much easier now that he is an overworked employee of the Ministry of Magic, a husband and father of three school-age children.

While Harry grapples with a past that refuses to stay where it belongs, his youngest son Albus must struggle with the weight of a family legacy he never wanted. As past and present fuse ominously, both father and son learn the uncomfortable truth: sometimes, darkness comes from unexpected places.

The book was released worldwide on July 31, which is Harry Potter’s birthday.

Grab “Harry Potter and the Cursed Child” for $14.99 on the iBooks Store.