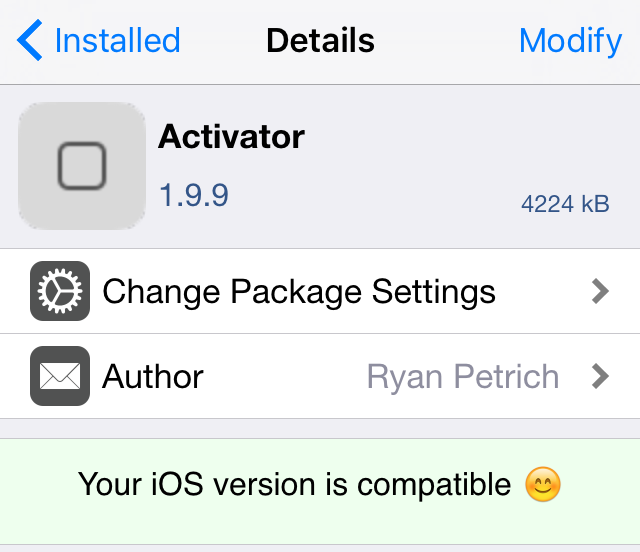 iOS developer Ryan Petrich has updated the extremely popular Activator extension for jailbroken devices to version 1.9.9 with official support for the new iOS 9.3.3 jailbreak from Pangu.

If you’re an experienced jailbreaker, I would be concerned if you didn’t know what Activator was. Its usefulness can’t be described with words. All I can say is that if you have a jailbroken device, you should download Activator on it; always!

With Activator, you can assign specific gestures to special actions that you typically wouldn’t be able to perform, for example, double-tapping on the Status Bar or swiping down from the Lock screen clock to make something happen.

The things you can assign to actions are seemingly endless. Although the list from the Activator tweak itself may end, there are even more extensions in Cydia that you can download that can let you do even more with Activator, whether it’s adding more Activator listeners or adding more actions that they can perform. 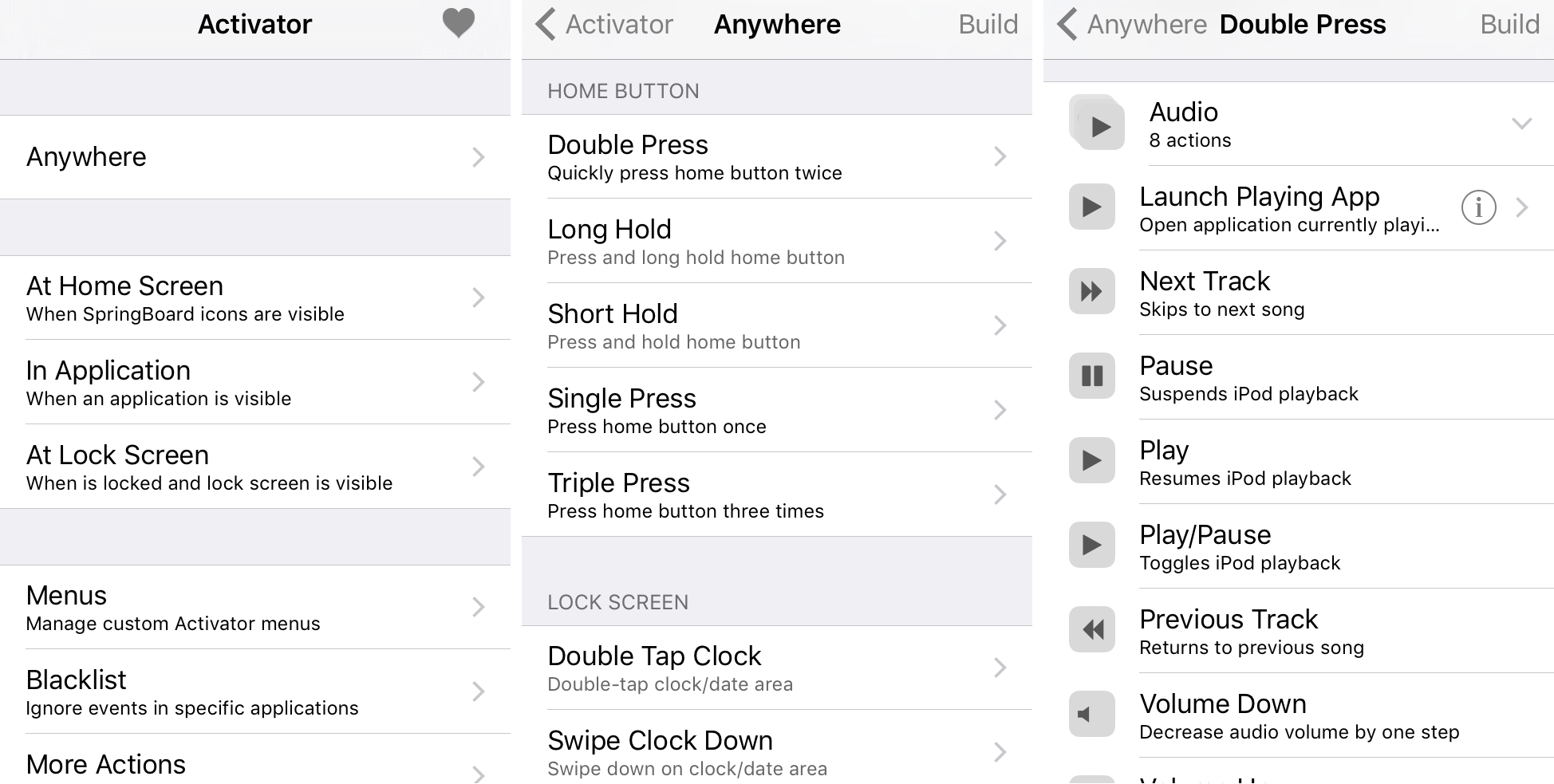 Activator is one of the most widely-used free extensions from the Cydia store, and many jailbreak tweaks actually rely on its core functionality. As a result, we can now expect many of the jailbreak tweaks that relied on it as a dependency to be updated for iOS 9.3.3 as well.

Because Activator is a free jailbreak extension, you won’t need to worry about Saurik’s hold on paid jailbreak tweaks, which is a safety precaution to prevent purchases until the jailbreak is deemed ‘stable’ enough to allow purchases through the Cydia store.

As the Pangu jailbreak continues to gain footing in the jailbreak community, jailbreak tweaks are being updated regularly. Activator just happens to be one of those golden oldies that never gets old and continues to be useful, iOS update after iOS update.

Are you going to download Activator on your iOS 9.3.3 device? Let us know below!