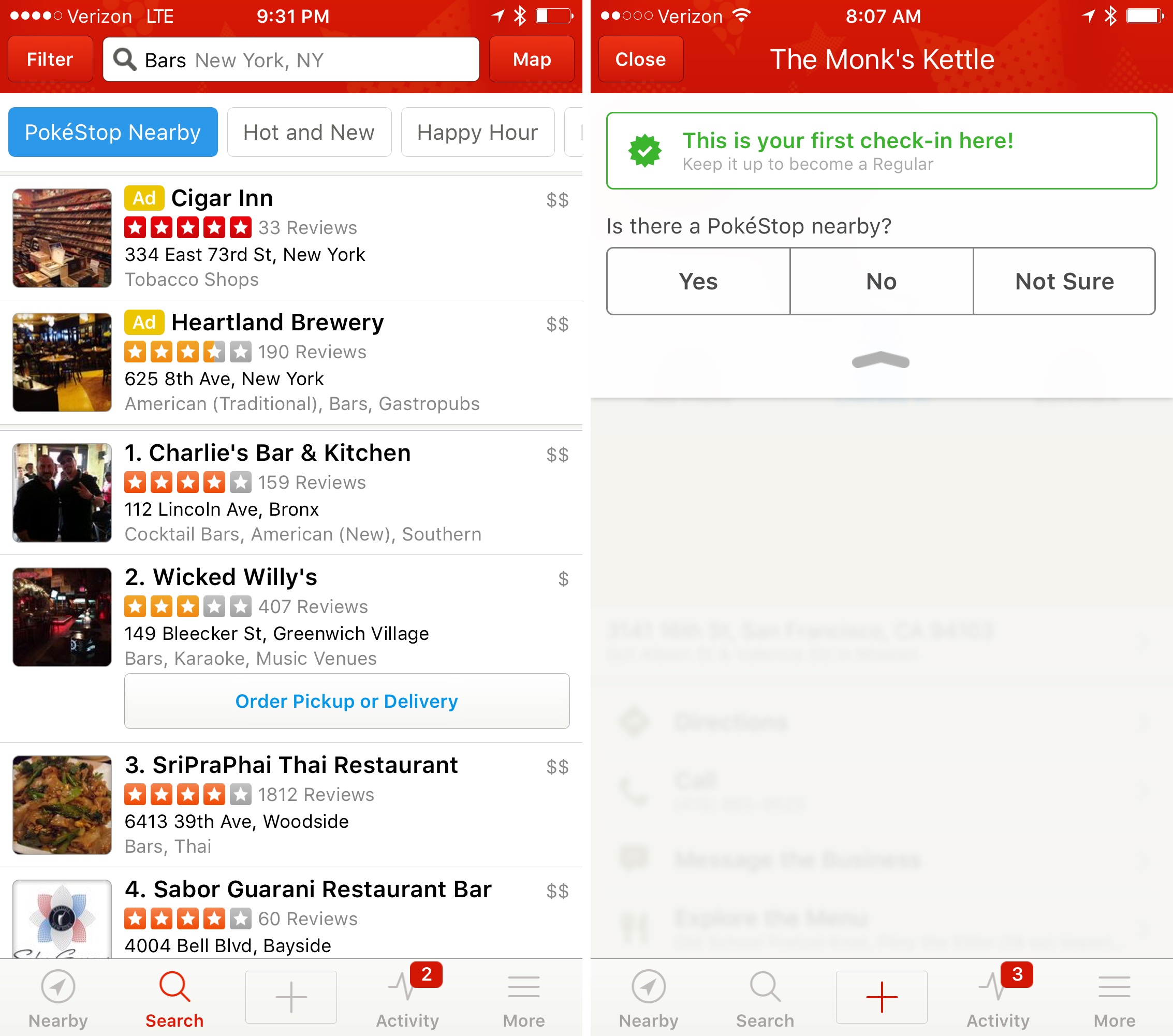 Pokémon Go’s burgeoning community has been painstakingly creating and maintaining a detailed Google map of PokéStops and gym locations found in specific spots around the world. Actually, whole websites have sprung up dedicated to the Internet phenomenon that seems to be taking the word by storm. Now Yelp developers have decided to jump in on the action with a new PokéStop filter in their mobile app.

It was designed to make it easier for players to find new Pokémon and other bonuses by discovering restaurants and other real-world businesses located in the vicinity of PokéStops.

To find PokéStops nearby, search the mobile Yelp app or Yelp.com for a type of local business such as “bars,” “restaurants” and so forth. Now swipe through the filter options at the top, then hit a new PokéStop Nearby option.

“To identify a business that’s in the vicinity of a PokéStop, check-in to that location on Yelp and answer a quick question to let fellow Yelpers and trainers know that this is the place they want to be,” wrote Yelp.

This new PokéStop filter is enabled on iOS and Android and is currently available on the mobile Yelp app in the United States, Australia and New Zealand.