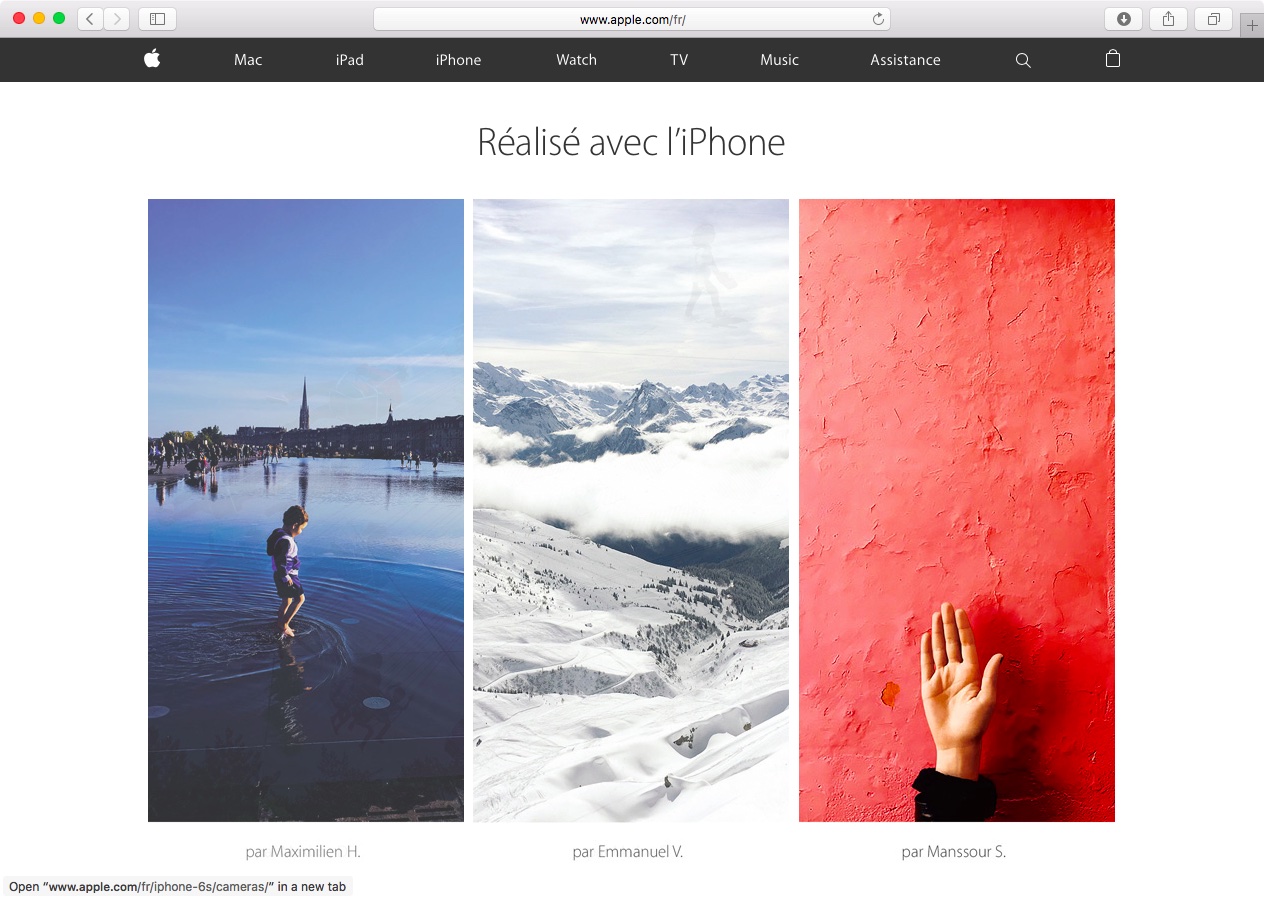 France is celebrating Bastille Day today and Apple has joined the festivities with a clever use of imagery from its award-winning ‘Shot on iPhone’ ad campaign on the Apple France homepage. The company carefully selected a batch of images from the campaign with predominant blue, white and red tones, and used them smartly on its website to form a basis for the French national flag colors.

In a typical Apple fashion, flag sections automatically cycle through their respective blue, white and red-tinted photos. Plus, each image is appropriately credited at the bottom with the name of the person who took it.

Clicking any image inside the flag takes visitors to the iPhone 6s Camera section.

The commemoration extends to huge billboards in various locations around France.

Bastille Day is the common name in English-speaking countries for the French National Day, celebrated on July 14 and formally called La fête nationale in French.

Bastille Day celebrates the Storming of the Bastille on July 14, 1789.

Commemorations are typically held throughout the country, culminating in a military parade on the morning of July 14 on the Champs-Élysées in Paris in front of the French President, other government officials and foreign guests.