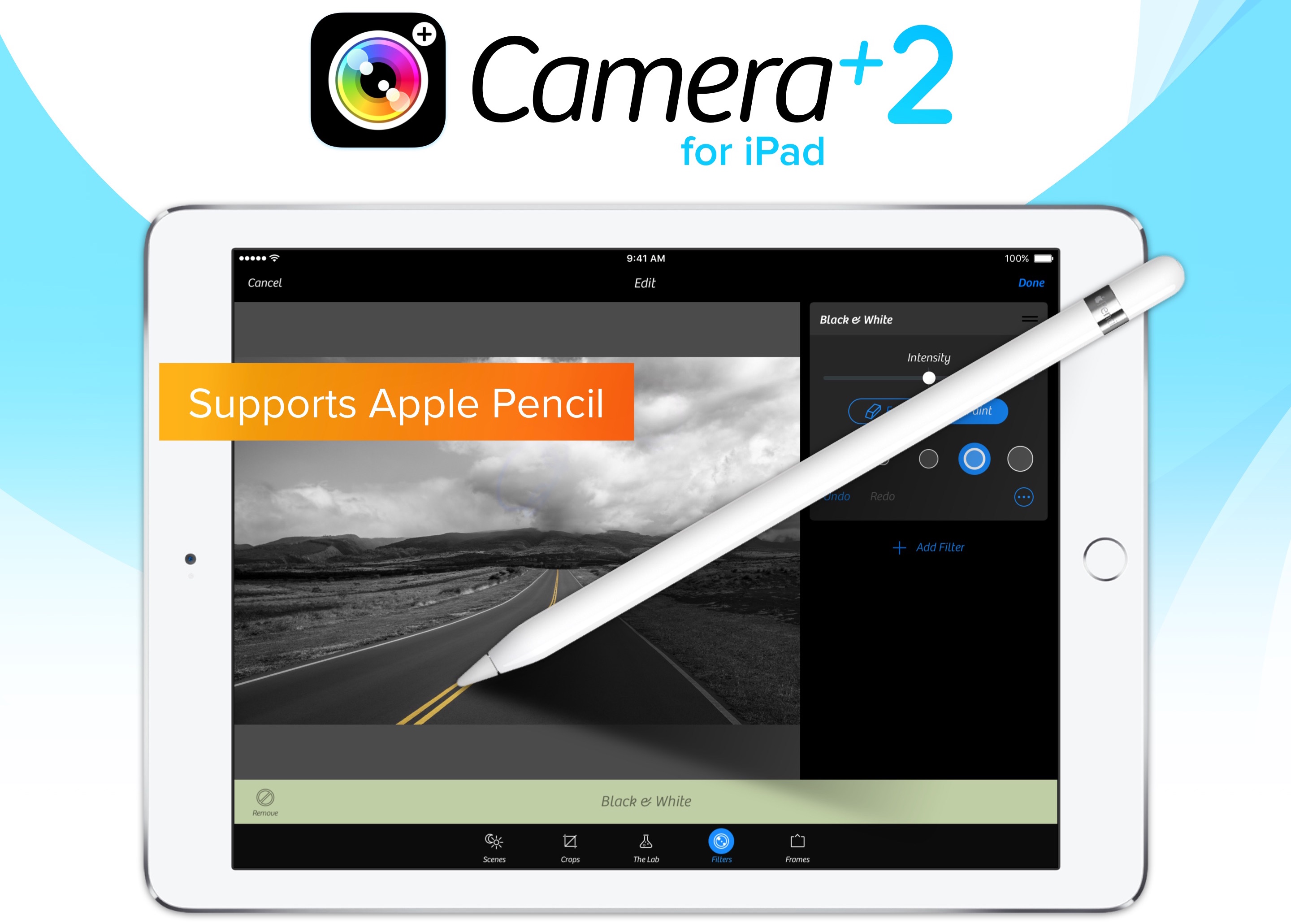 iPhone photography fans, rejoice! Developer taptaptap on Wednesday released a long-awaited iPad-focused update to its popular camera and photo editing application, aptly named Camera+. Camera+ 2.0 for iPad, a free update for those who already own the app, replaces its hopelessly outdated user interface with a thoroughly overhauled, modern-looking one. For starters, the refreshed software supports iOS 9’s iPad-only multitasking modes.

More importantly, Camera+ 2.0 for iPad features selective brushing of the various edits and filters and comes with full support for Apple Pencil, enabling you to get very fine, precise control over brushing with the stylus.

With the refreshed interface, a major departure from the old iOS 6-like look, both the iPhone and iPad editions of Camera+ now sport a uniform appearance although the iPad version takes photo editing to a new level by supporting selective brushing, a feature currently not found in Camera+ for iPhone.

Camera+ 2.0 marks the first major update to the iPad app in two and a half years. The new version is available at no charge for existing users of the app.