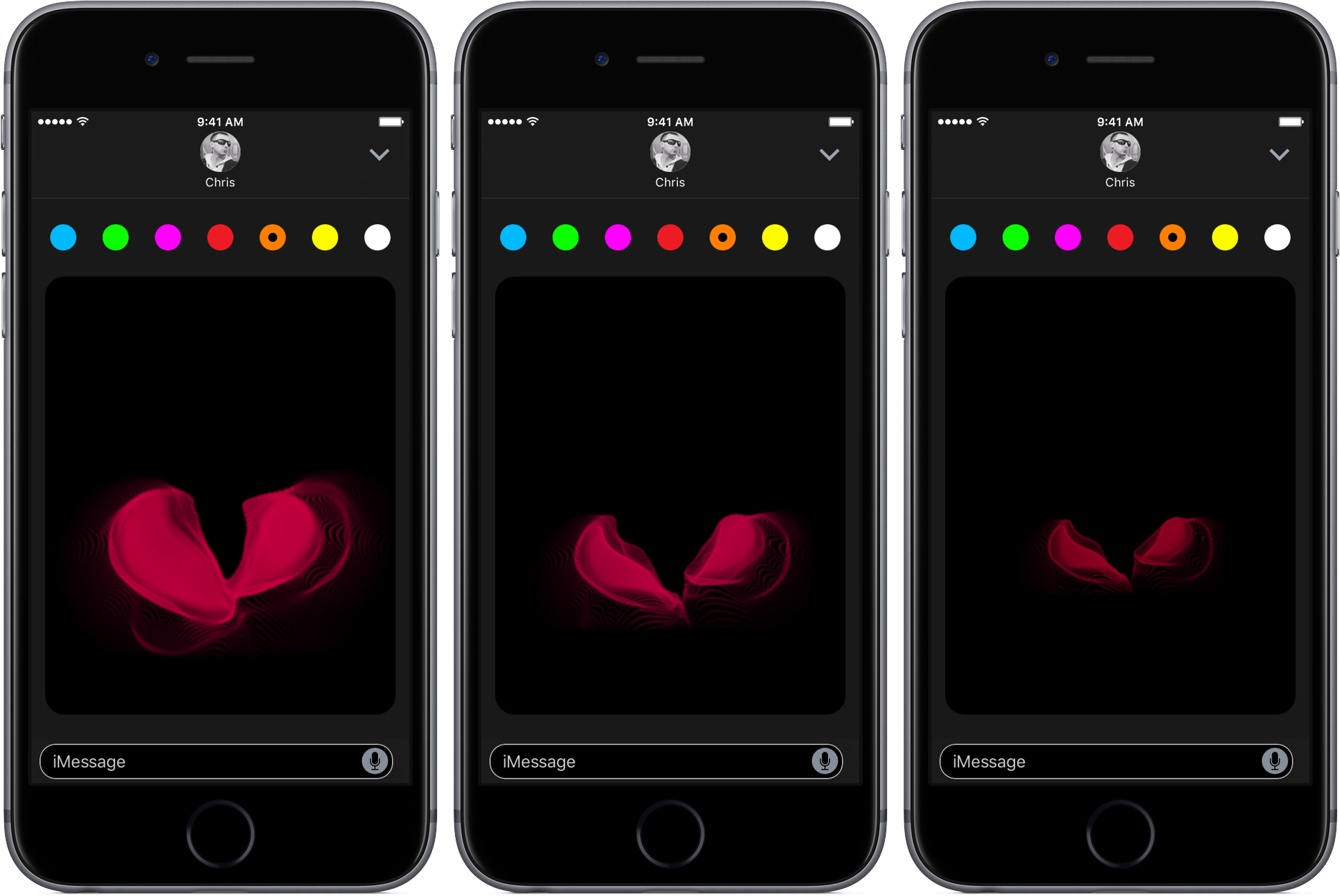 We recently explained how Digital Touch can be taken advantage of to send nicely animated hearts to your recipients. Here’s another iOS 10 tidbit: Messages on iOS 10 also lets you shoot animated broken hearts to someone for those times you wish to convey more specific feelings.

To send a digitally broken heart to someone, open Messages on an iPhone, iPad or iPod touch with iOS 10 or later, create a new message and do the following:

1) Tap the Digital Touch icon: it’s on the left side of the text entry field and looks like a heart (hit the arrow icon if you don’t see the heart icon). The Digital Touch interface slides into view from the bottom of the screen.

2) Tap the up arrow in the lower right corner to take Digital Touch full screen.

3) Tap and hold with two fingers anywhere within the Digital Touch pad. This shall produce a pulsing heart animation for as long as you’re holding the fingers pressed against the screen.

4) Still holding the fingers, drag them downward to see the heart split in two. 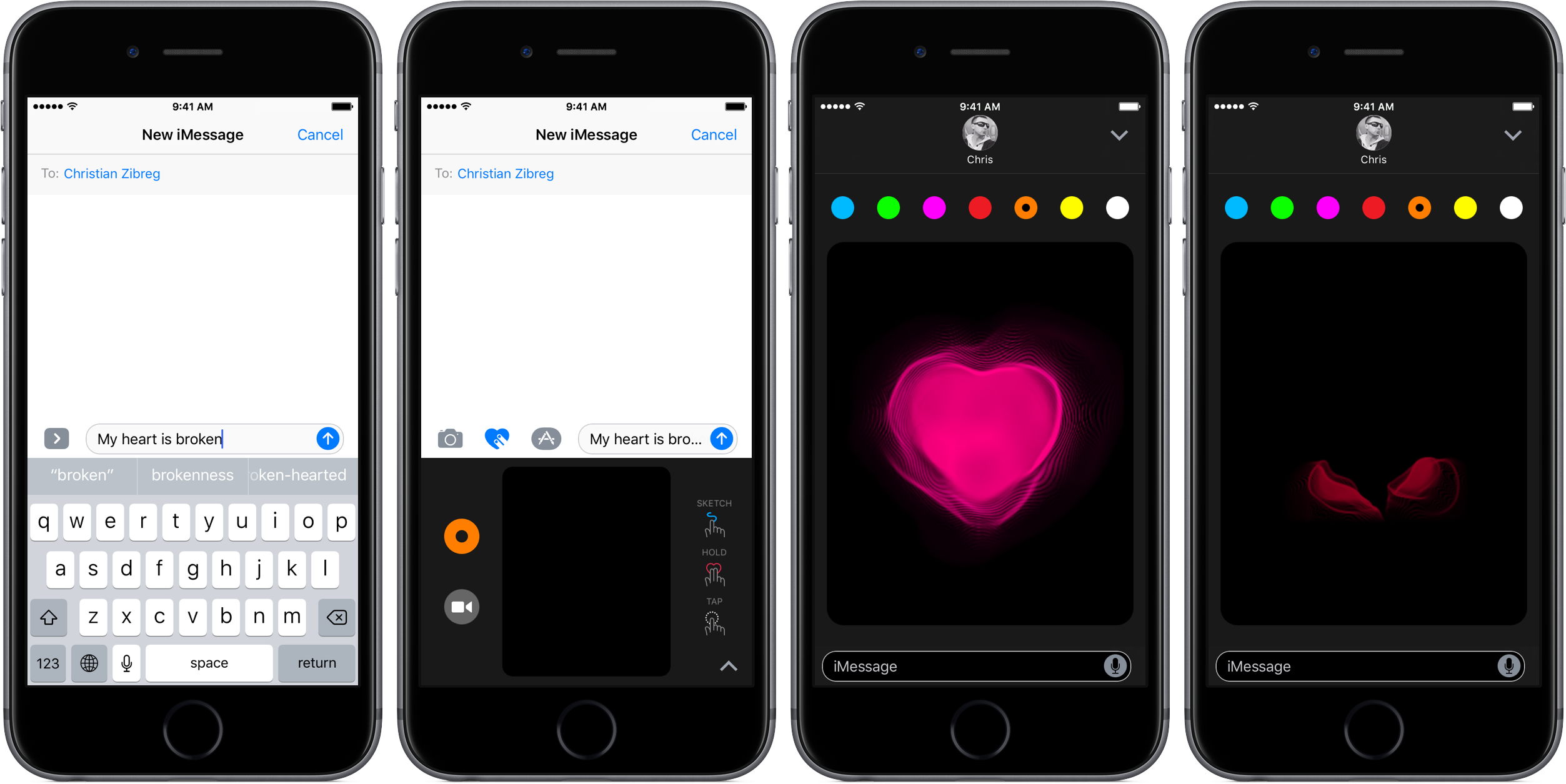 5) Let go of the fingers to send the broken heart animation.

Apple’s attention to detail shows here as well because the recipient will see the heart pulsing before it gets broken for as long as you held your fingers on the screen.

For example, you could tap and hold inside the Digital Touch interface until the heart pulses three times before dragging them down, and that’s precisely how your recipient(s) will see the broken heart animate on their end.

How do you like this nifty new feature in iOS 10’s Messages?

Don’t forget to check out our other iOS 10 tidbits and iOS 10 previews.