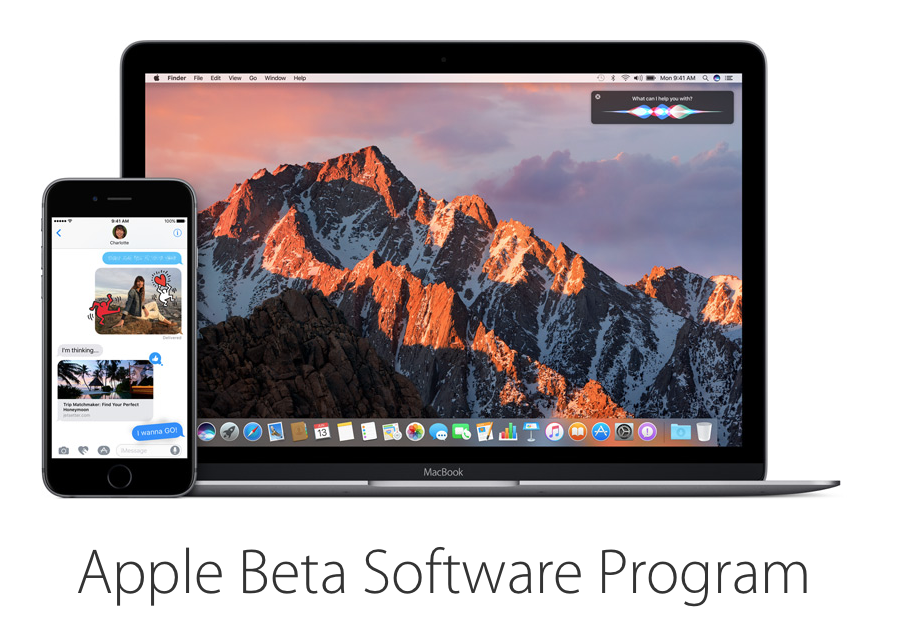 Apple on Thursday seeded public betas for both iOS 10 and macOS Sierra. The releases, which come just a few days after beta 2 of both software updates pushed out to developers, can be downloaded by members of Apple’s Beta Software Program.

iOS 10 brings about a number of changes, including a refreshed Messages app with tons of new features, enhanced notifications, Spotlight widgets, and much more. There aren’t quite as many changes in macOS Sierra, but it compliments iOS 10 nicely.

Here’s our video walkthrough of iOS 10:

And a look at some of the new macOS Sierra features:

As with all betas, we don’t recommend you install iOS 10 or macOS Sierra on your primary devices. There are reasons why Apple has not yet deemed these updates ready for the public, including third party software compatibility and other bugs.

Apple has said that both iOS 10 and macOS Sierra will officially launch this fall.