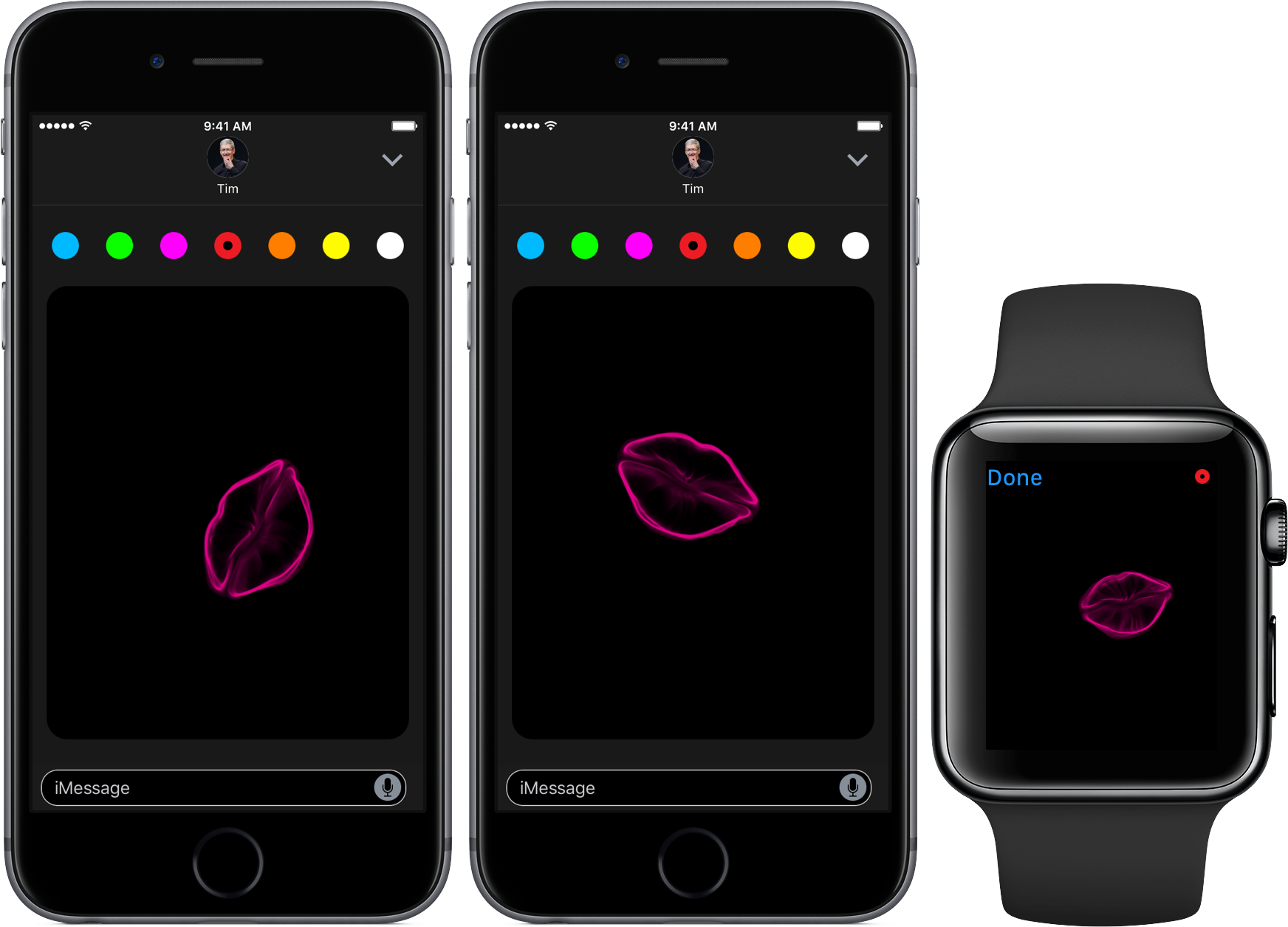 Aside from a lot of other advances, iOS 10 turns the Messages app into a platform upon which developers can build downloadable stickers, full-screen animations and chat bubble effects. Messages in iOS 10 also supports Digital Touch, a feature that first debuted on the Apple Watch.

With the new Digital Touch interface in iOS 10 Messages, users can draw and sketch with their finger on photos and video, send hearts and create other digital effects on video. But as it turns out, users also have the option to send animated kisses instead of heart beats using a simple gesture.

It couldn’t be simpler: just tap once briefly with two fingers on the Digital Touch pad in Messages to send another user an animated kiss. Don’t tap and hold or you’ll send a heart instead. The gesture also works in the stock Messages app on the Apple Watch running the watchOS 3 software.

Like the animated hearts, your digital kisses are nicely animated. And in a true Apple fashion, the actual angle of the kiss matches the angle between the on-screen touches.