Micro-blogging startup Twitter has partnered with local search and discovery service Foursquare on a location-based feed feature deigned to aggregate tweets based on the location they were posted from.

“Instead of browsing a noisy hashtag with tweets from everywhere, you can discover what people on the ground are saying,” writes TechCrunch. “This ability to immerse yourself in an unfiltered sea of information has always been one of the best parts of Twitter.” 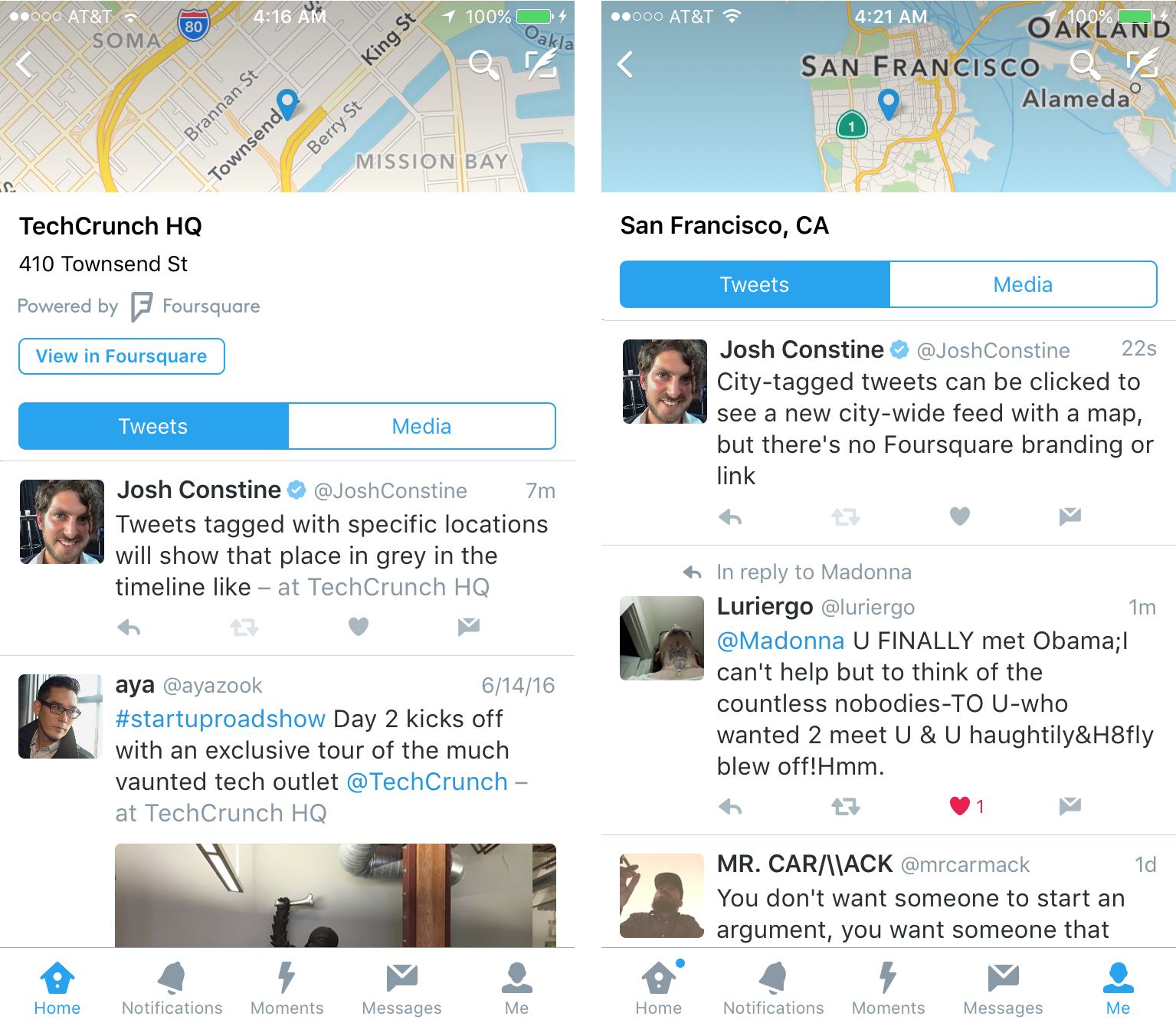 Tapping the tagged location in a tweet lets you see a list of aggregated tweets posted by users in the area. In order to take advantage of this functionality, Twitter users will need to give the app permission to access their location to enable location tagging.

This feature, realized in partnership with Foursquare, is scheduled to roll out to all iOS users of the Twitter mobile app later today. Twitter Location Feeds are coming to Android and other platforms at a later stage.

Twitter is available for free on the App Store.