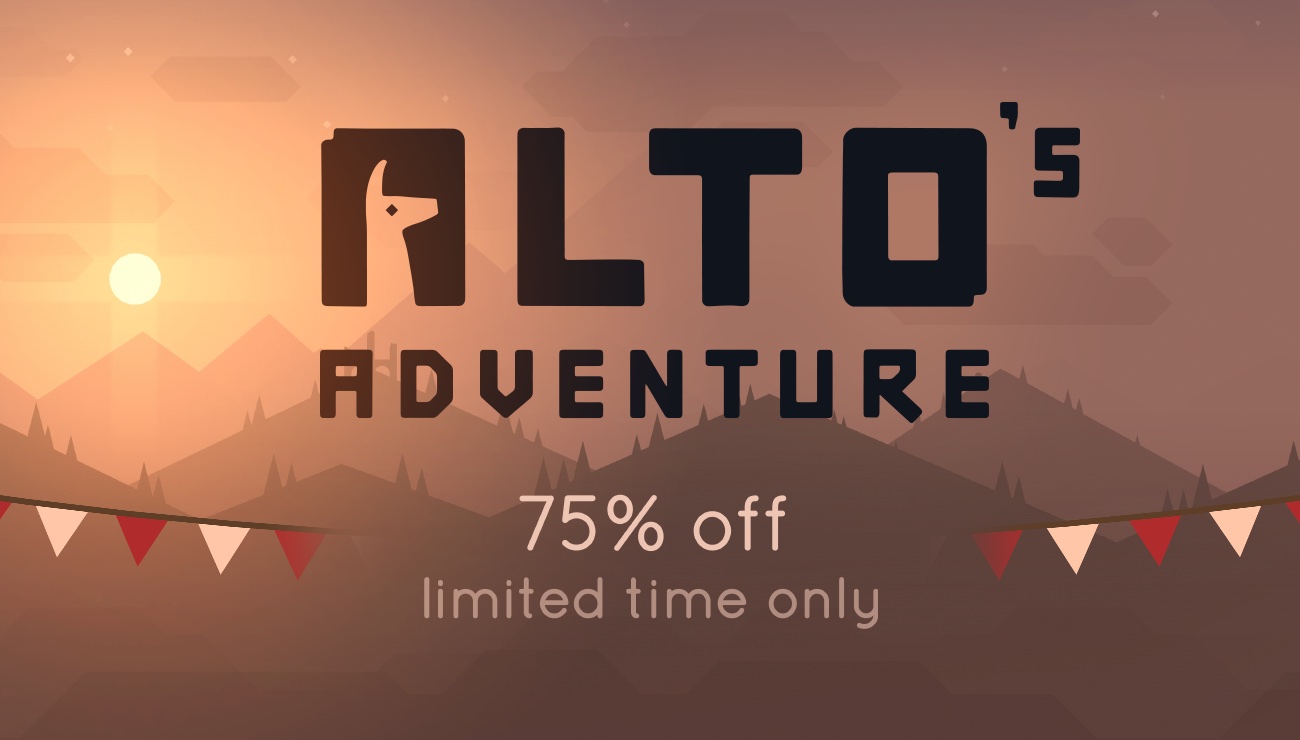 There’s no need to despair in case you missed developer Snowman’s two-day sale on Alto’s Adventure last month, which discounted this award-winning endless snowboarding title by a cool 66 percent, because another Alto’s Adventure sale has just gone into effect.

Starting today, Alto’s Adventure is 75 percent off, bringing the $3.99 game down to just 99 cents. That’s 99 cents for both the iOS and tvOS edition of the Alto’s Adventure.

I don’t think you can go wrong with this one.

If you’re a fan of innovative endless games and have seen Alto’s Adventure in action but forgot to buy it, now’s your chance to own this game for your iPhone, iPod touch, iPad and Apple TV in exchange for just a buck.

In Alto’s Adventure, you embark on an endless snowboarding odyssey across procedurally generated alpine hills with breathtaking scenery. Zipping through neighboring villages, drifting through valleys and passing through ancient woodlands and long-abandoned ruins, you must collect shooting stars to upgrade your character.

The game is well-executed and thoughtfully-designed so small wonder that it’s been consistently featured by Apple’s editorial team and continues to rock App Store charts to this day. It also doesn’t hurt that Alto’s developers have been updating the game continually with new features, like Zen mode.

I’m especially glad that Snowman has made the decision to release the tvOS edition of Alto’s Adventure as a free update for those who already own the iOS version of the game. I wish other developers followed suit as I don’t think selling tvOS editions of iOS games I already own constitutes a fair practice.

I reviewed Alto’s Adventure here on iDownloadBlog soon after it released on the App Store so give it a quick read if you’re interested in the game.

Grab Alto’s Adventure at 75 percent off for a limited time from the App Store.