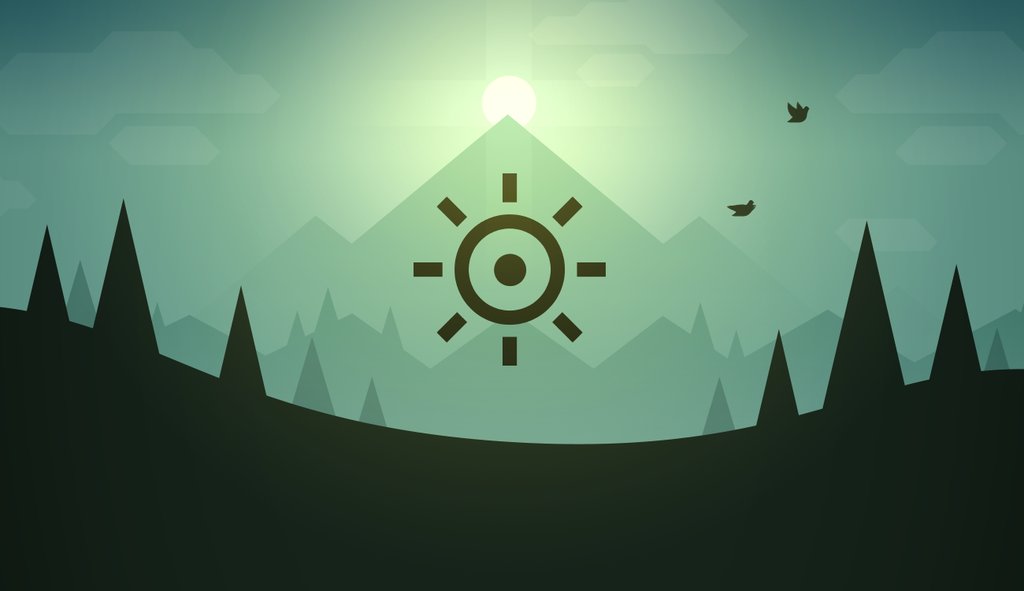 Alto’s Adventure from developer Snowman, the popular endless snowboarding odyssey set in the tranquil wilderness, was updated this morning on the App Store with all-new Zen and Photo modes and other perks.

Zen Mode, a new way to enjoy the game, is a dedicated experience that helps you unwind “for all those times when catching llamas and chasing high scores isn’t high on the agenda”.

Zen Mode is the biggest update to Alto’s Adventure yet and it’s available at no charge for existing players on both iOS and tvOS.

Zen Mode gets rid of scores, coins, on-screen UI, power-ups and other distractions, basically distilling Alto’s Adventure down to its purest elements: you and the endless mountain. In this mode, crashing has no consequences: simply pick yourself up and continue down the slopes.

“We hope this makes Zen Mode especially fun for younger children who enjoy playing the game, but perhaps struggle with some of the more challenging aspects”.

The game’s somber soundtrack has been augmented in the latest version by a whole new soundtrack from composer Torin Borrowdale. “We asked Torin to take inspiration from the original piece, but create something altogether more serene, calming and immersive,” said Snowman.

The new Photo Mode lets you capture screenshots of your most endangering stunts, backflips and other moves, save them to your Photos library or share them with friends on social media directly from within the game. 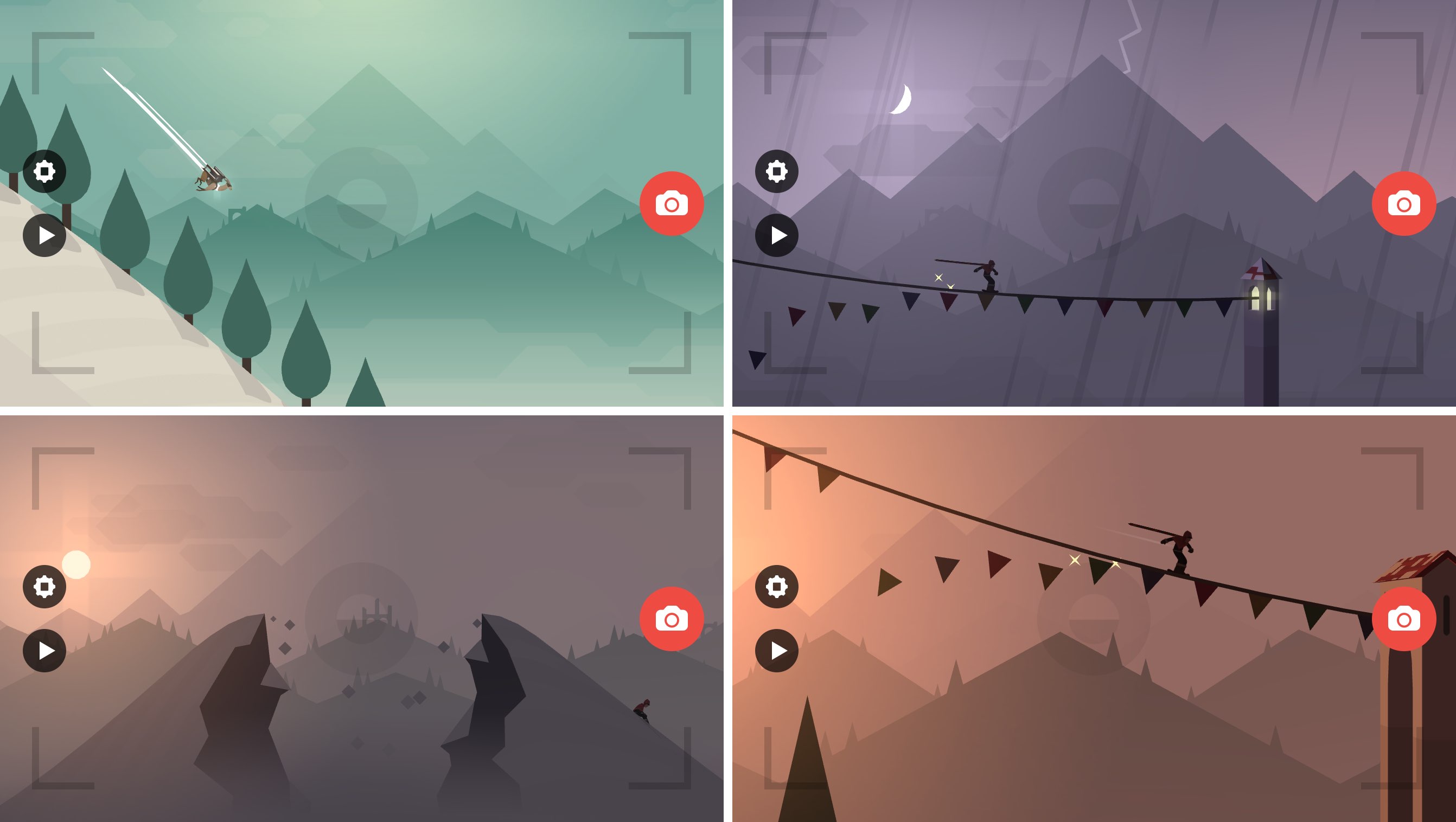 To access Photo Mode, simply pause the game during Zen Mode and you’ll be able to swipe to pan and pinch to zoom to help frame the shot. “For example if you find a tree is blocking your view, simply drag to the left or right to bring Alto into frame, just as you would in real life,” Snowman explains. 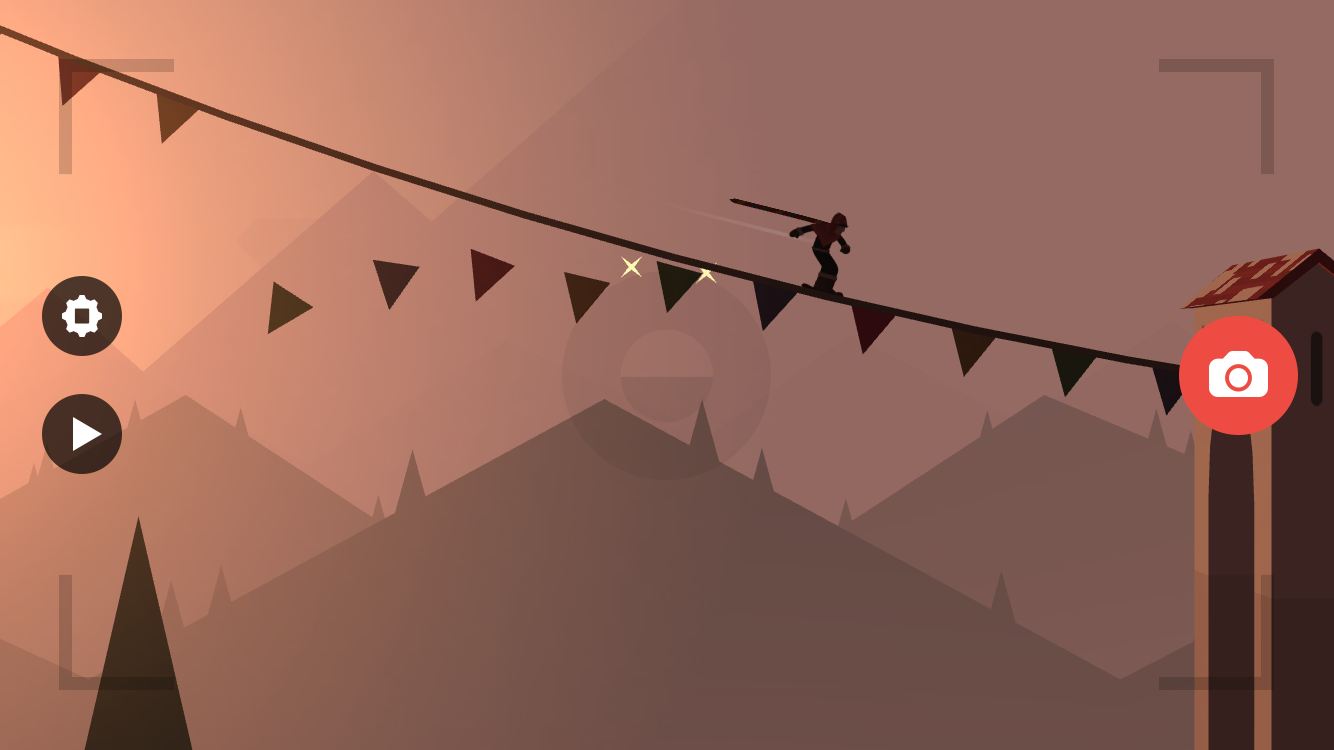 After tapping the big red button, you can then save the captured screenshot to your Camera roll, share it directly on social media or send it to other apps using iOS’s multi-purpose Share menu. 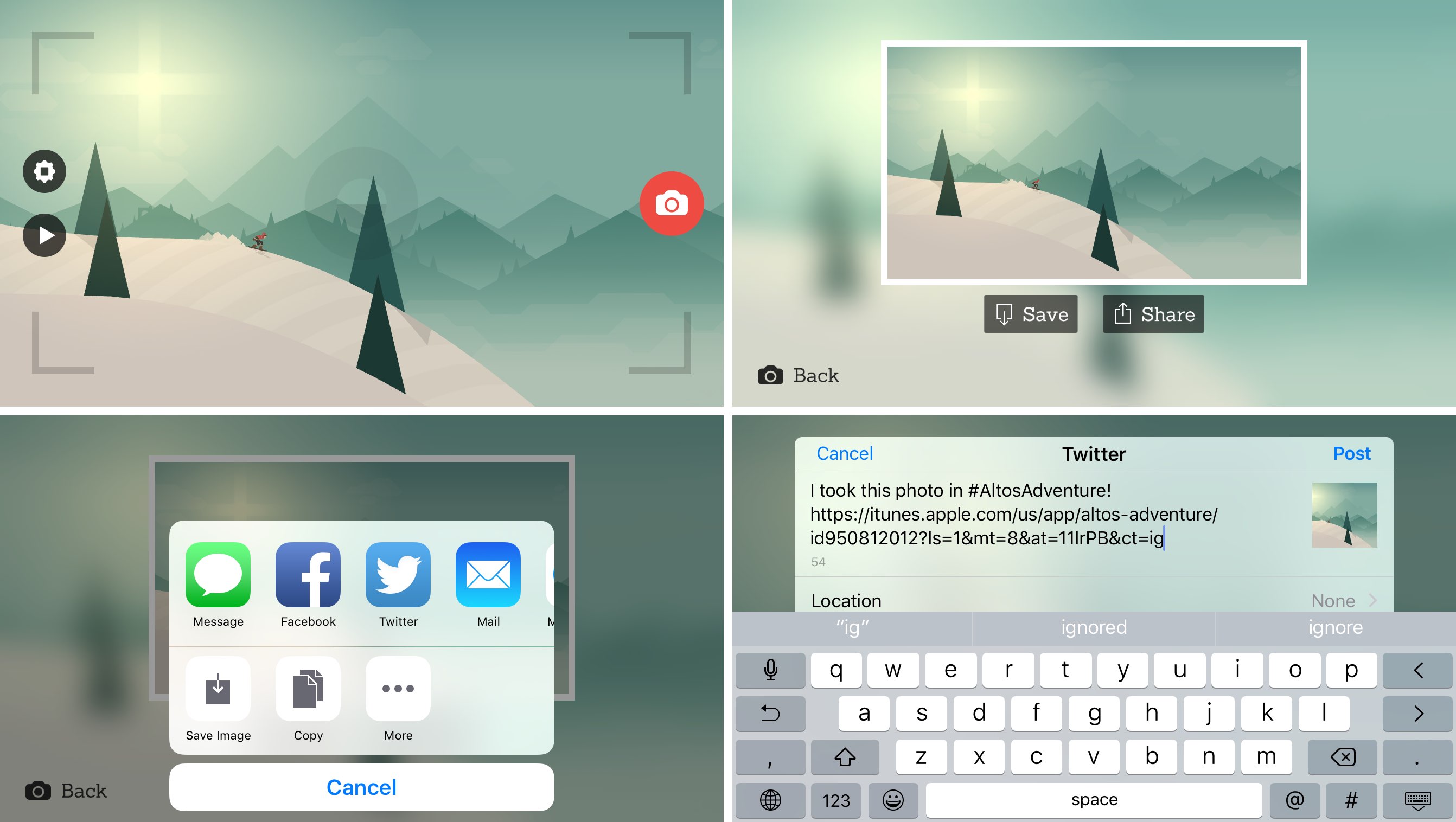 To access Photo Mode while playing the game in standard mode, simply hit the Pause button and then tap the new Camera icon.

Other improvements in this release include support for three new languages (Arabic, Polish and Turkish) and other minor tweaks and improvements across the board.

Alto’s Adventure requires an iPhone, iPod touch or iPad with iOS 7.0 or later.

Alto’s Adventure is also available on Android devices and Amazon’s Kindle Fire on a free-to-play basis, thanks to Noodlecake Studios which ported the game to Android.

For more information, read my review of Alto’s Adventure.