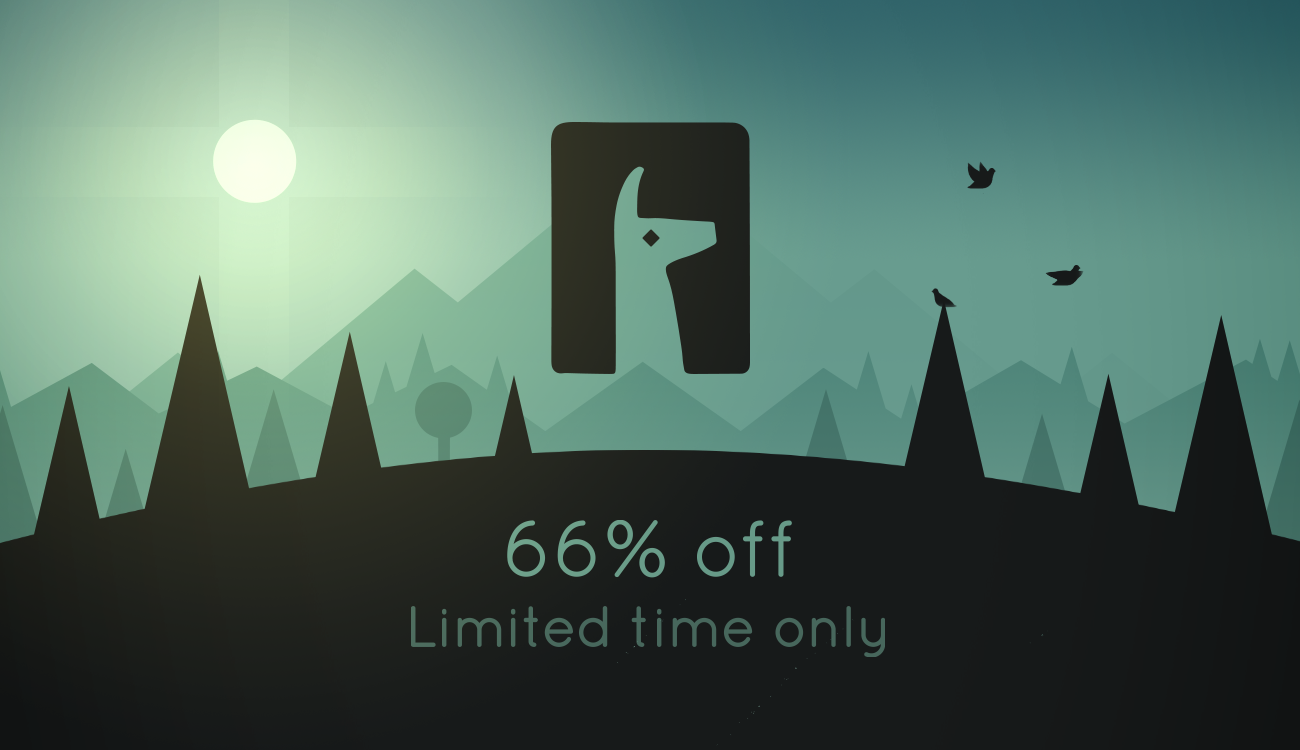 Alto’s Adventure, an endless snowboarding odyssey, is currently available at a deep 66 percent discount as part of a Spring sale developer Snowman has been having since five days ago. The game is currently available for just 99 cents on the App Store, down from its usual asking price of $2.99 a pop. Alto’s Adventure is a universal app so that’s 99 cents to play this remarkable well executed triple-A on your iPhone, iPod touch, iPad and Apple TV.

I have confirmed with Snowman that the discount will be up for at least another 24 hours so now’s the perfect chance to grab this premium game if you haven’t already.

In Alto’s Adventure, the player embarks on an endless snowboarding odyssey across procedurally generated alpine hills and breathtaking scenery, zipping through neighboring villages, drifting through peaks and valleys, collecting shooting stars, passing through ancient woodlands and long-abandoned ruins and more.

Read my review for more information on Alto’s Adventure and grab the combined iOS/tvOS download for just 99 cents before the price goes back up to $2.99.