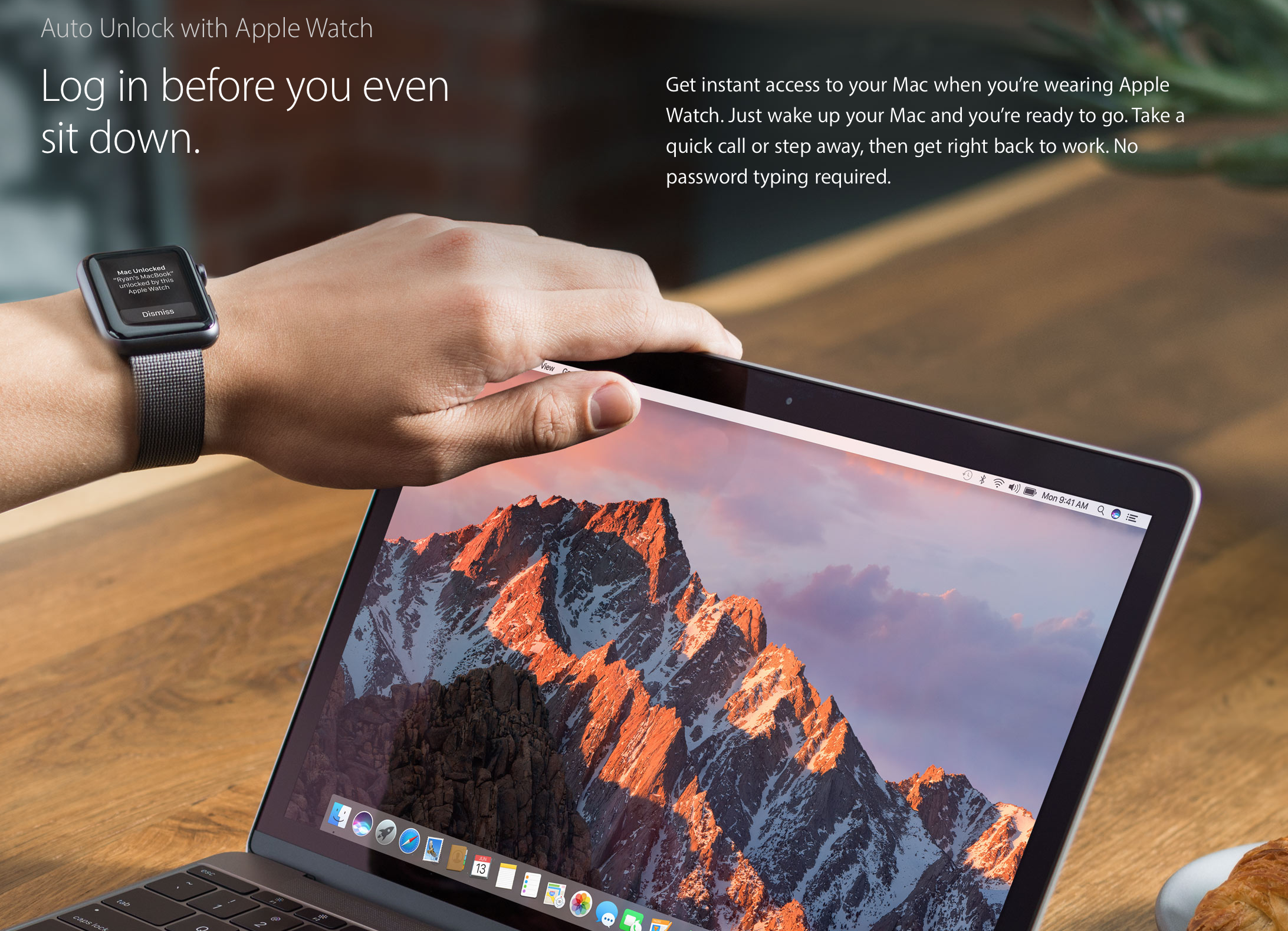 Apple announced a major new feature for its upcoming macOS Sierra operating system for Macs on Monday at WWDC 2016, which will let you get into your Mac easier than you ever have before.

Dubbed Auto Unlock, it’s an extension of the Continuity feature between your mobile devices and your Mac.

Rather than being presented with a password entry interface from your Lock screen every time you wake up your Mac, Auto Unlock is going to let you get into your Mac as long as you have an authenticated device on your person – namely, when you’re wearing your Apple Watch.

Whenever you’re wearing the Apple Watch, it’s already authenticated as long as you haven’t taken it off recently. It stays authenticated until you actually take it off.

After you’ve authenticated your Apple Watch, either by entering the passcode or by using Touch ID on your iPhone, you just need to keep wearing it. When you walk within Bluetooth proximity of your Mac, your computer is going to unlock for you automatically so you can start using it without even having to enter a password to get into it.

Afterwards, a notification will appear on your Mac and show that your Mac was unlocked. A Dismiss button will then appear, allowing you to dismiss the notification and get to using your computer.

This is a feature that appears to be limited to the Apple Watch only, so if you don’t own one, then Auto Unlock won’t be possible. You also cannot use third-party smart watches to unlock your Mac.

Are you excited to use Auto Unlock to get into your Mac? Share in the comments!