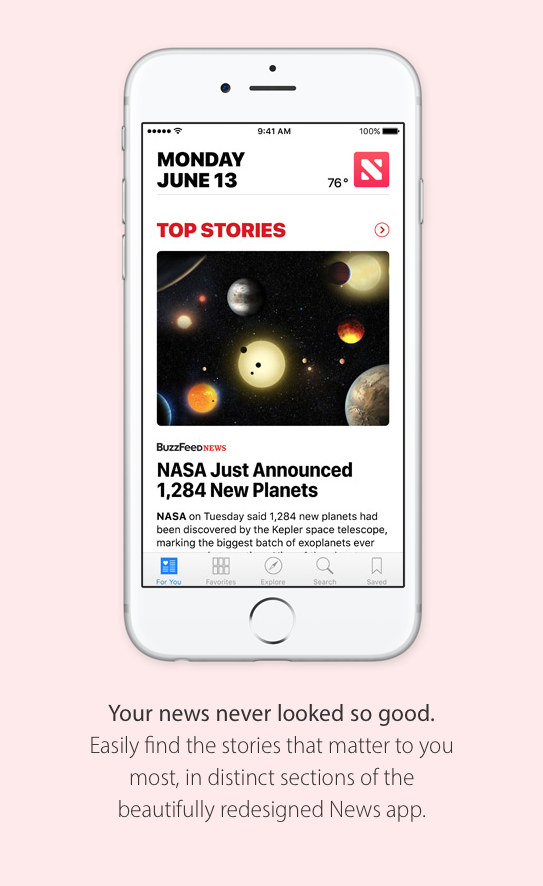 Among the new things Apple announced 10 today is a redesigned News application. This is a standalone news aggregation app, first introduced in iOS 9 last summer, and it’s getting some significant improvements in the upcoming iOS 10 update.

These start with what Apple is calling an “all-new design.” In the ‘For You’ tab, your stories are now broken up into clear sections like Top Stories, Trending—which shows you the top stories right now, and topics you follow, like cars or sports.

In addition to the simpler design, the iOS 10 News app also includes subscriptions. So readers can read every article of top tier publications like The Wall Street Journal, National Geographic and The New York Times from within the application.

The app also includes push notifications, so you’ll see alerts on your Lock screen for breaking news with the ability to jump right into the News app. And there’s also an all-new Featured News section, where Apple editors hand-pick the content.

Apple says it now has over 2000 publishers pushing articles to the News app, and over 60 million monthly active users. iOS 10 is available to beta testers now, and will launch to the public in the fall.