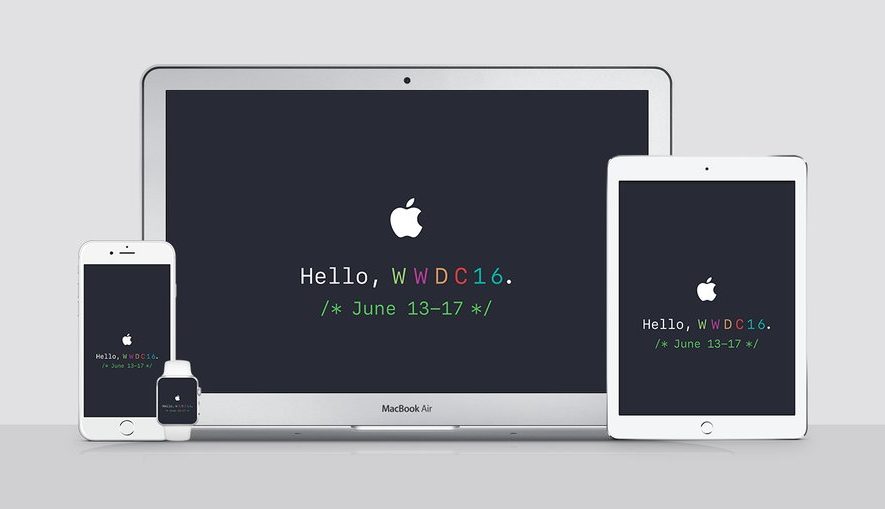 Worldwide Developers Conference, Apple’s annual event for people who write apps for its platforms, kicks off with a keynote presentation on Monday, June 13. iDownloadBlog will be providing you with detailed around-the-clock coverage of everything that Apple will present at WWDC.

WWDC is a software-focused event aimed at developers, which doesn’t exclude possible hardware announcements. Here’s everything we think Apple will announce at WWDC and, please, do feel free to post your own observations and predictions in comments.

The tenth major release of Apple’s mobile operating system should improve upon the feature set introduced in iOS 9 and iOS 8 while continuing to refine its look and feel, which received a major makeover with the release of iOS 7 three years ago.

The changes should begin with bringing Siri intelligence to third-party apps and continue with refinements like an iCloud Voicemail feature that should transcribe voicemails, an improved Apple Music with a more intuitive interface, the officially-sanctioned way to hide, or even delete unwanted stock apps, new 3D Touch shortcuts, a person-to-person payments via iMessage, iMessage for Android, a Skitch-like editing feature in Photos and more. 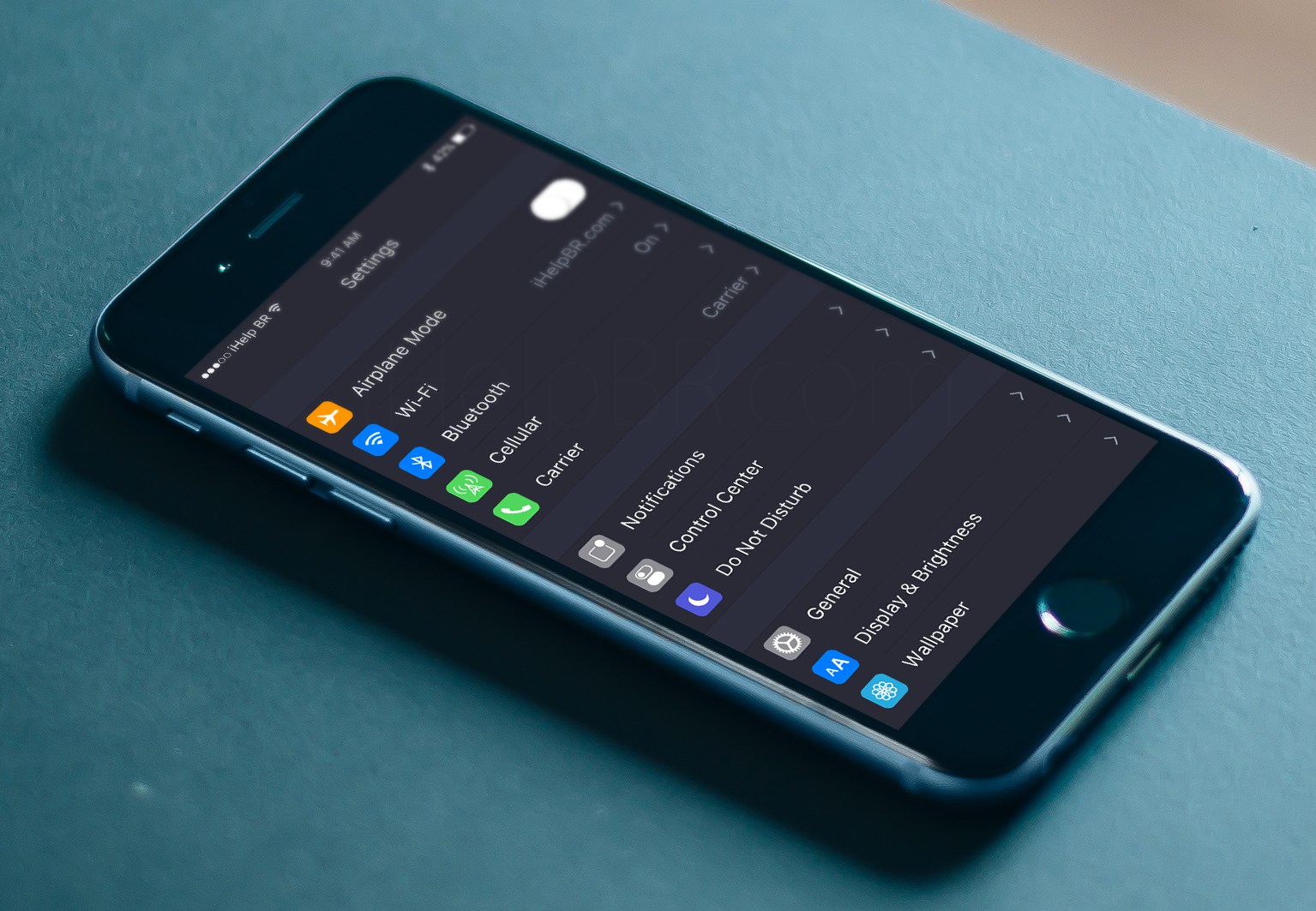 Our wants for iOS 10: an OS X-like dark mode, full multi-user support on iPads, Split View on iPhones, Lock screen widgets, the ability to update individual stock apps through the App Store independently of iOS firmwares, a new Settings entry to manage iOS extensions, the ability to scroll content in 3D Touch Peek previews, a Photos feature to change the focus after an image has been taken with the iPhone 7 Plus’s dual-camera imaging system, setting default apps, a customizable Control Center with support for third-party toggles and more.

Apple pre-announced ahead of WWDC that the App Store will be seeing some notable changes in the form of search ads and support for subscriptions across all app categories. They’ll be also bringing back the Categories tab and the Feature tab will no longer show apps you already have installed. 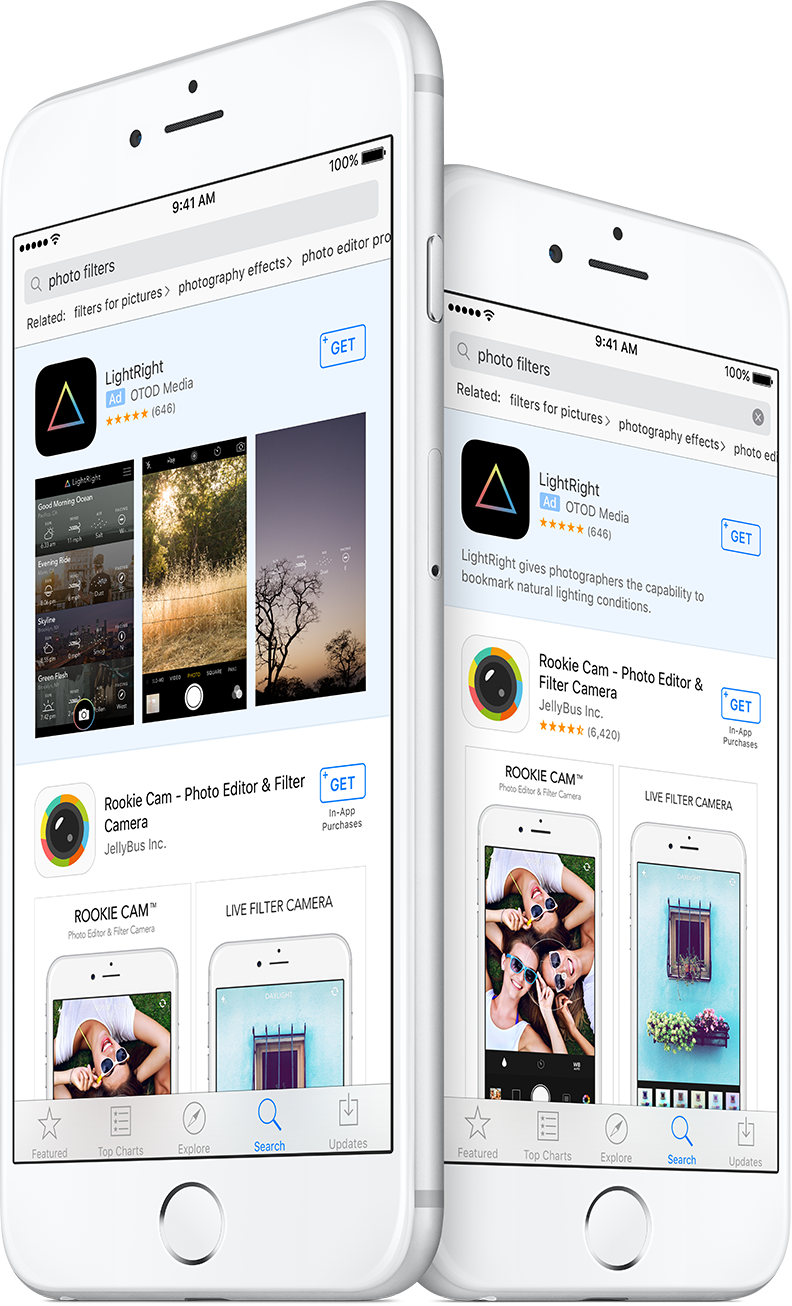 There are many unanswered questions regarding app subscriptions that Apple should address at WWDC and we’re going to see other App Store-related announcements, including a re-architected search, a redesigned storefront and a refreshed interface for managing subscriptions.

Apple quickly followed up on the initial release of watchOS with watchOS 2. Support for native apps with watchOS 2 sounded promising until we realized that the Apple Watch hardware just isn’t up to the task.

We expect watchOS 3 to support even more features in apps, including downloadable watch faces, sleep tracking, a more powerful Workout app, a Reminders app and more. 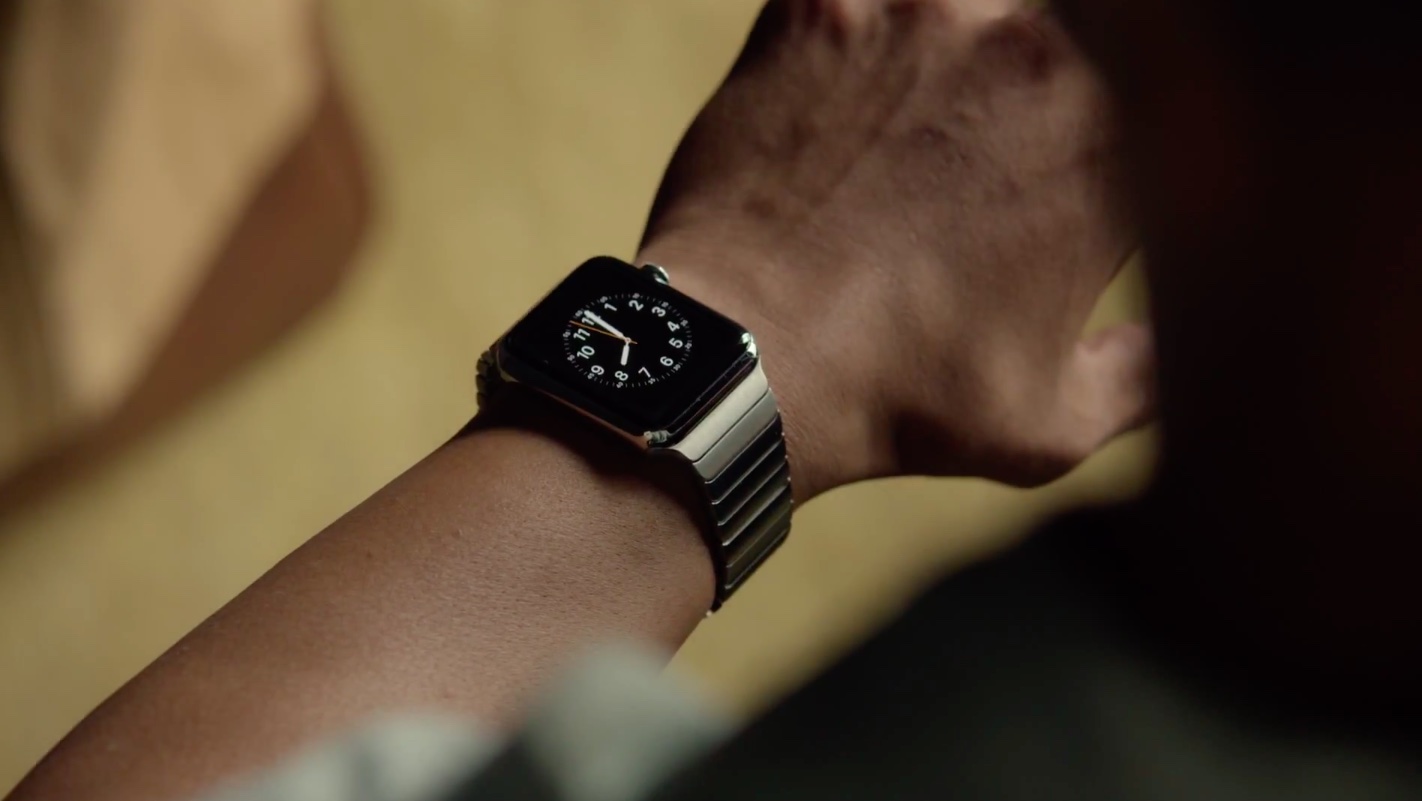 We think watchOS 3 apps will run more smoothly on the Apple Watch 2 due to optimizations and faster hardware, though it remains to be seen if Apple will allow these apps to run on the original watch.

If there’s one thing we’re rooting for for watchOS 3, it’s a serious rethinking of the Apple Watch’s confusing, counterintuitive user interface.

With tvOS, Apple brought an App Store with downloadable native apps and games and we expect the living room experience to advance with the next major version of the Apple TV operating system.

For starters, tvOS should gain support for iOS 9’s Picture-in-Picture mode so that you could, say, watch Netflix while using other apps. A Notification Center would be nice, too, so that iOS app alerts could pop up as overlays on our TVs, like on the Apple Watch.

Currently, tvOS doesn’t support Continuity features, but we expect that to change with tvOS 10 so that we could start something on the Apple TV and then continue on another device, and vice versa.

Since the Apple TV is also a casual gaming device, we’d love to see expanded support for MFi controllers with features like motion detection, vibratory feedback, Siri input via built-in microphone and so forth.

But are there enough improvements in tow for the Apple TV operating system to warrant a major new version number? Again, only Apple knows this.

Aside from Siri for Mac as one of the headline new features in OS X 10.12, we’re positive that the desktop operating system will be rebranded as macOS in order to reduce user confusion and make it more consistent with iOS, tvOS and watchOS names.

Additional design tweaks, a new version of Safari supporting the latest web technologies, Apple Pay integration for web browsers, significant Mac App Store improvements, a new version of the Photos app bringing features that were removed during the transition from iPhoto, Windows 10 support for Boot Camp and support for iOS 9’s Picture-in-Picture mode should all be on the table as well. 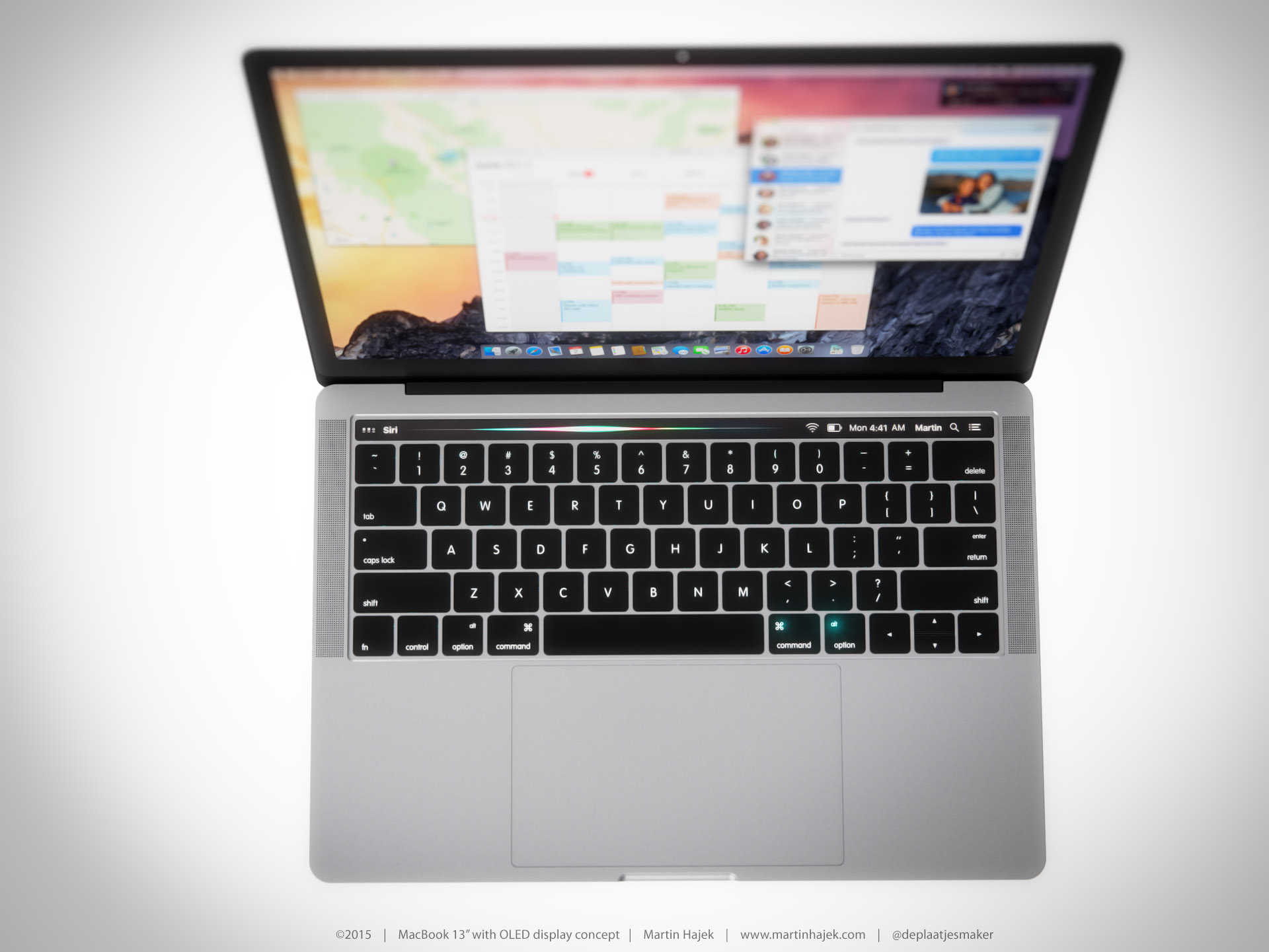 Our other wants for OS X 10.12 include a dedicated Apple Music app, a reboot of iTunes, the ability to unlock a Mac with Touch ID on an iOS device, an evolution of Continuity and Handoff, Dock improvements, a supercharged Mission Control, a Podcasts app and new APIs to customize the function of the rumored OLED display replacing the top row of function keys on future MacBooks.

A tentpole feature of OS X 10.12, Siri should be accessible via a dedicated Dock icon, a black and white Siri icon in the Mac’s menu bar and through an optional always-on ‘Hey Siri’ function. In bringing Siri to the Mac, Apple might also enable the full range of Siri intelligence and Proactive features from iOS 9.

And with the full-on Siri SDK, we expect that third-party apps, not just Apple’s own, will work with Siri.

Along with Siri for Mac and a rumored Siri-powered Amazon Echo-like device, rumors have it that Apple is now ready to open up Siri to app makers. With a little help from a Siri SDK, app developers should be able to implement voice control, and maybe even Siri intelligence, in their apps. We expect the Siri SDK to support iPhone, iPod touch, iPad, Mac and Apple TV applications.

Responding to customer feedback, a more intuitive version of Apple Music is likely to be shown off at WWDC. The Connect tab is said to be replaced with a new Browse tab, lyrics should be integrated and more. Most importantly, we expect a redesigned Apple Music to make a clear distinction between streaming music and downloads and enable a more user-friendly navigation.

There have been very little rumors concerning possible refinements for Apple Maps, making predictions a treacherous affair. At the very least, we expect Apple to announce new data partnerships for Maps, including significantly expanded Transit coverage. We also think the firm will launch a Street View in Maps and make the app available to anyone through a web browser, turning it into a true Google Maps competitor.

Another rumored Maps feature: a Browse Around Me button to turn on a less flashy version of the augmented reality feature similar to what Spotsetter used to offer.

With nearly $20 billion in Services revenue last year, Apple is counting on services as another growth engine in face of decelerating smartphone sales. As much as we’d welcome it, we don’t think a rumored skinny television bundle will be announced at WWDC, though we continue to believe such a service is a matter of ‘when’, not ‘if’. 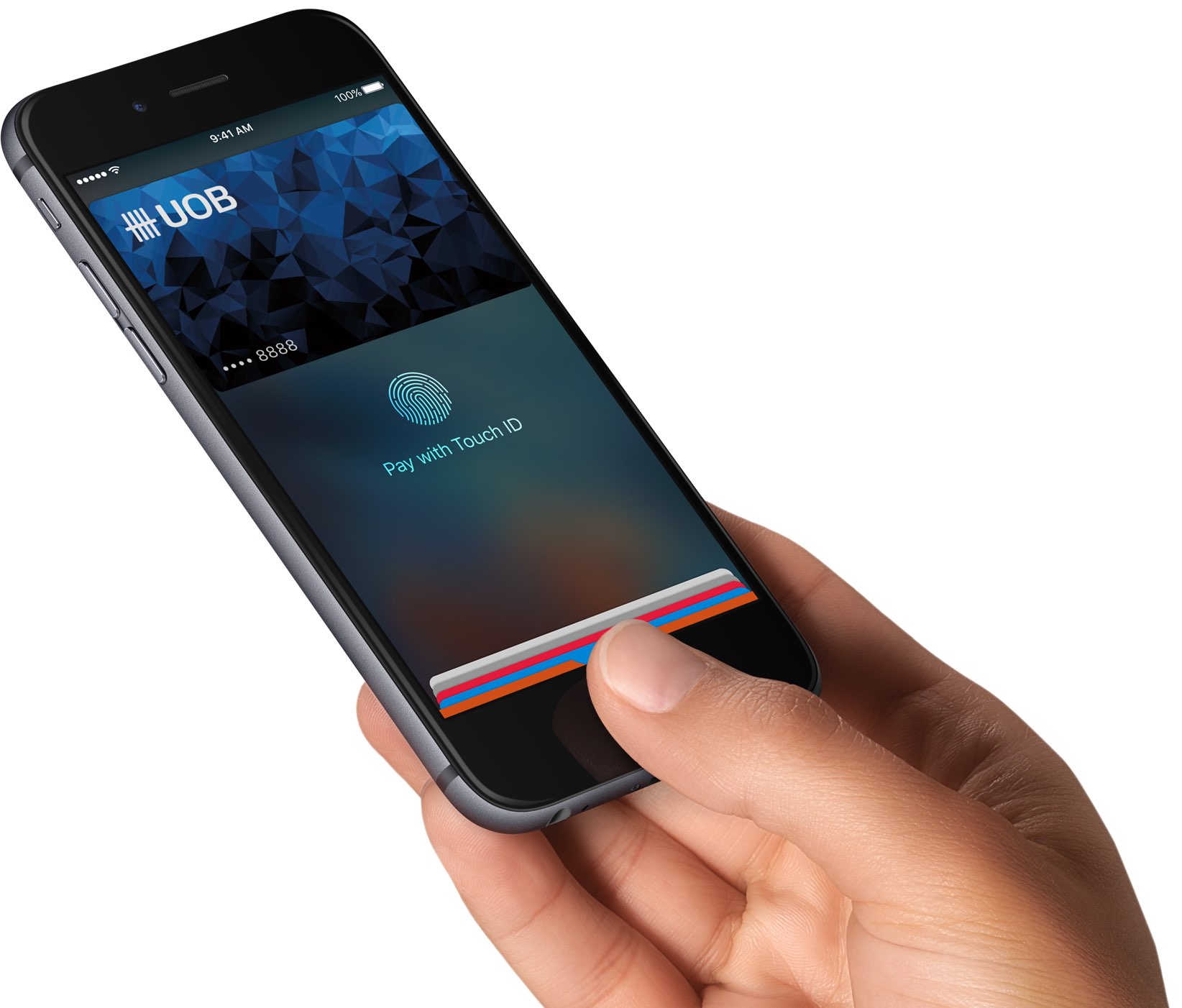 As for other services, WWDC should see Apple Pay support for new countries and the ability to use the service in a web browser. We’ll be also keeping a close eye on iCloud-related announcements. Given Apple’s fight with the FBI, we expect iCloud backups and other user data to be upgraded with even stronger encryption and other features so that Apple could no longer unlock backups for law enforcement.

The MacBook Pro is overdue for a refresh around the 12-inch MacBook’s industrial design. According to a revered analyst, one of the standout features of a next-generation Mac notebooks is an OLED panel replacing the top row of function keys on the keyboard. 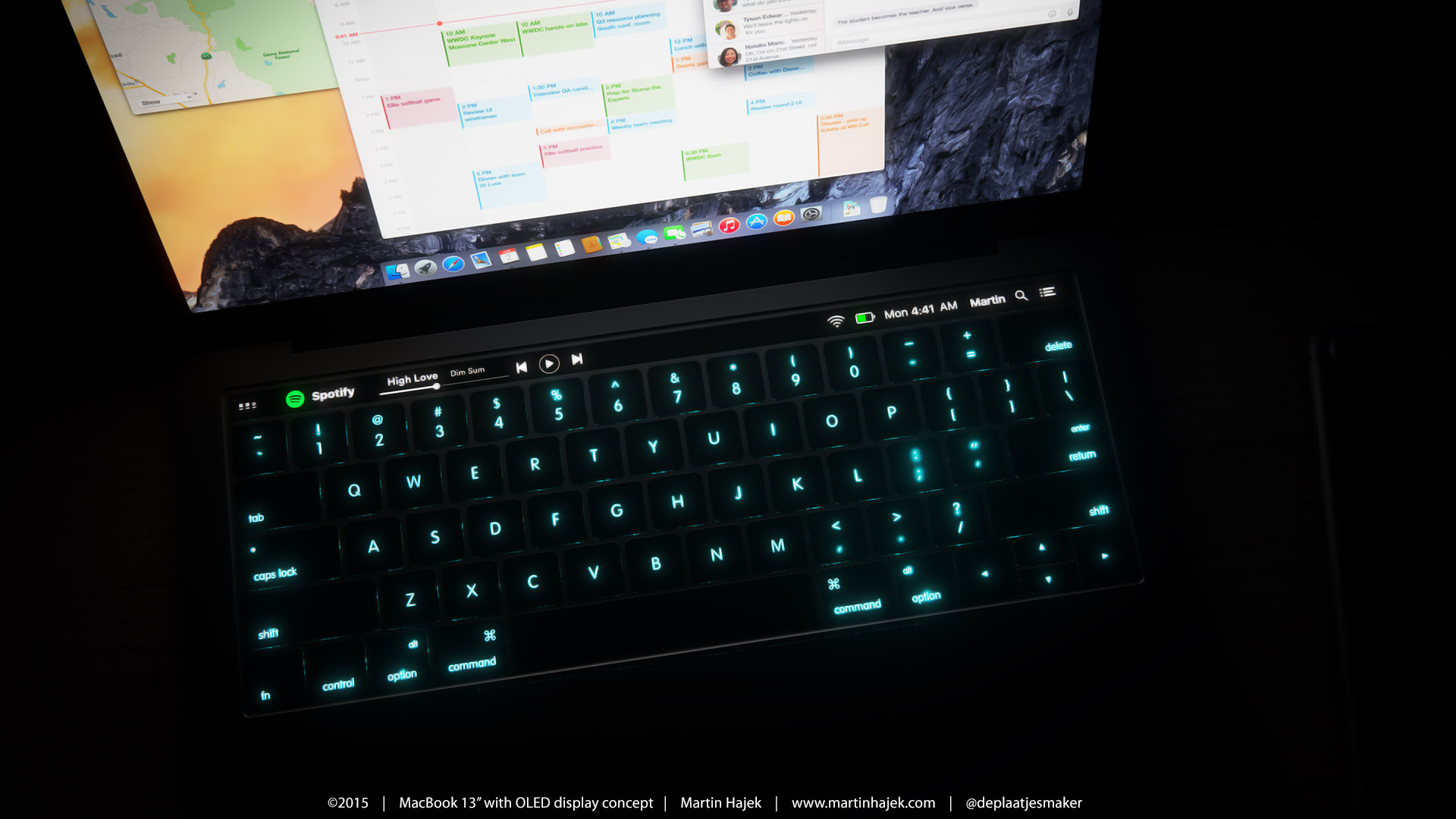 Replacing the physical function keys with their touch-based variants wouldn’t make much sense unless you realize that the built-in OLED display would allow Apple to render any key or user interface on it, effectively enabling the OLED bar to dynamically switch its layout as you jump between apps.

Although WWDC is a software-focused event, Apple did introduce new hardware at the conference in the past. Two years ago, for example, it previewed the new Mac Pro. If there’s truth behind rumors that Apple is working on an Amazon Echo-like device with Siri integration, then there’s no better way to unveil it than at WWDC.

The device, assuming it exists, probably won’t hit store shelves before fall, but announcing it at WWDC would give developers ample time to test their apps using the Siri SDK with it. 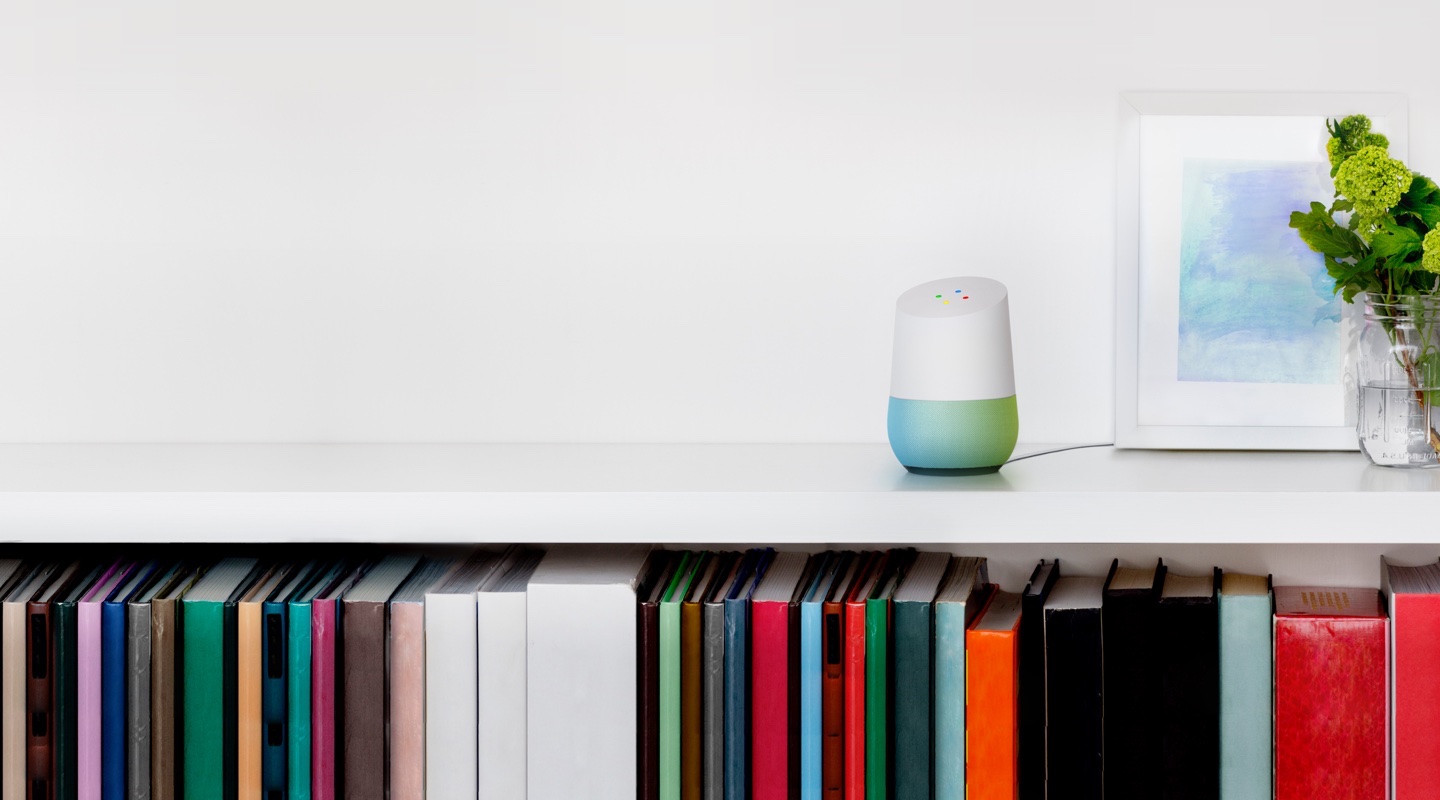 And with Google Assistant and Google Home (pictured above) coming into full view, Apple cannot afford waiting any longer when it comes to artificial intelligence and always-listening home accessories.

Even if a dedicated Siri appliance is not in the cards, Apple may still implement this functionality into its other products, including a fifth-generation Apple TV or future AirPort wireless appliances.

We don’t really know what’s on deck for WWDC 2016 as the rumor-mill hasn’t been as active this year as it used to be. For instance, no major iOS 10 feature or screenshot has leaked thus far.

With that in mind, your guess is certainly as good as ours so we invite you to join us in peering into the crystal ball and tell us about the features that you’d like to see in iOS 10, watchOS 3, tvOS 10 and OS x 10.12.

What are you waiting for? Hit us in comments!