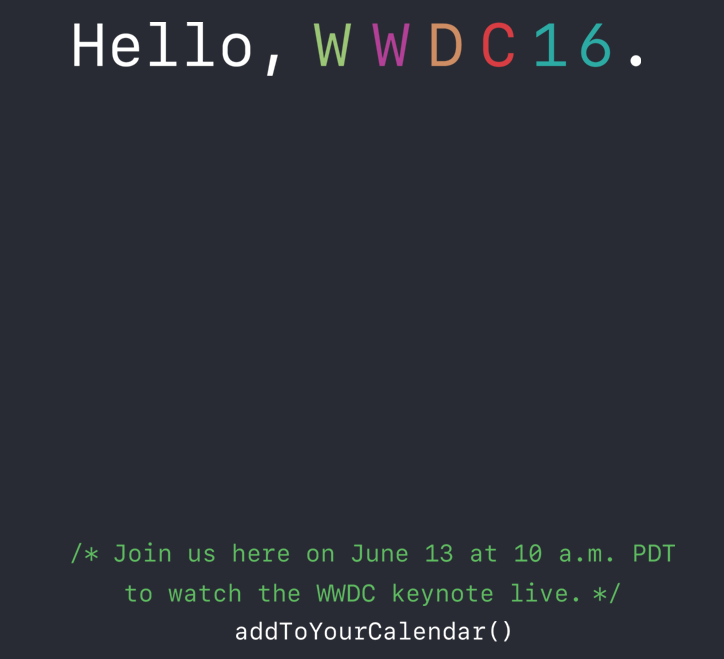 It looks like Apple is going to once again be providing a live stream of its WWDC keynote address this year. On Tuesday the company updated its event website with a note that a stream of its keynote will go live on June 13 at 10:00 am (PST).

Users will be able to tune in on their Mac and iOS devices, via Apple’s Safari web browser, and on Apple TV. Second and third generation ATVs will feature an Events channel, and fourth generation models with tvOS will get a standalone app.

Apple is going to use the keynote to introduce the next major versions of its four platforms: tvOS, watchOS, iOS and OS X. Some of the headline new features we’re expecting are Siri APIs, Siri for Mac and a significant redesign of Apple Music.

Even if you plan on watching the keynote, be sure to join us here at iDB on Monday. As usual we’ll be covering the event live, as well as ensuing announcements and beta releases, so you’ll be able to easily follow the news throughout the day.