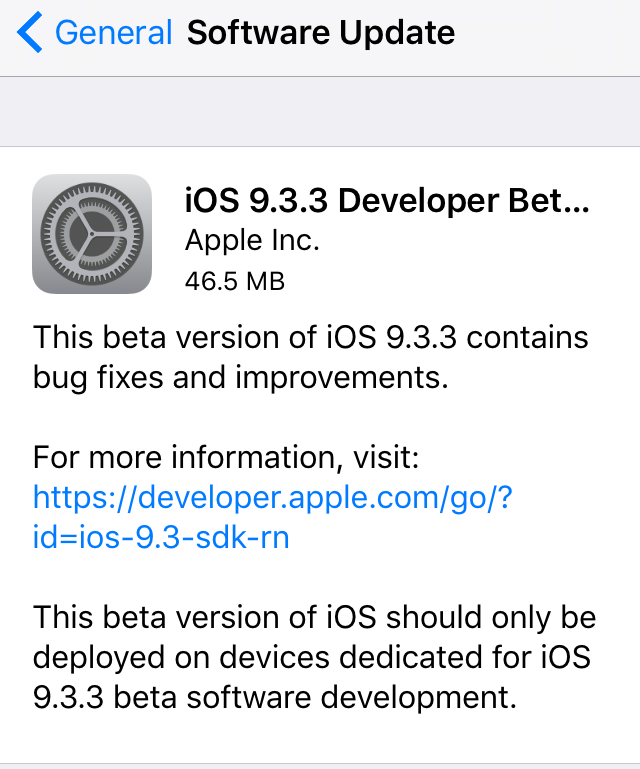 Apple on Monday seeded the second beta of iOS 9.3.3 to developers. Registered iOS developers can grab the new build from the Apple Developer Center, or via an over-the-air update on a compatible device with the latest software.

The update comes two weeks after the first iOS 9.3.3 beta was released, and it’s mostly bug fixes. It’s also worth noting that Apple has seemingly fixed the 9.7-inch iPad Pro issue, as there’s now a beta available for the flagship tablet.

Keep in mind that we are now just a week away from Apple’s World Wide Developers Conference, which is set to kick off on June 13. Apple has already invited the press to its keynote address, where it’s expected to unveil the future of iOS.