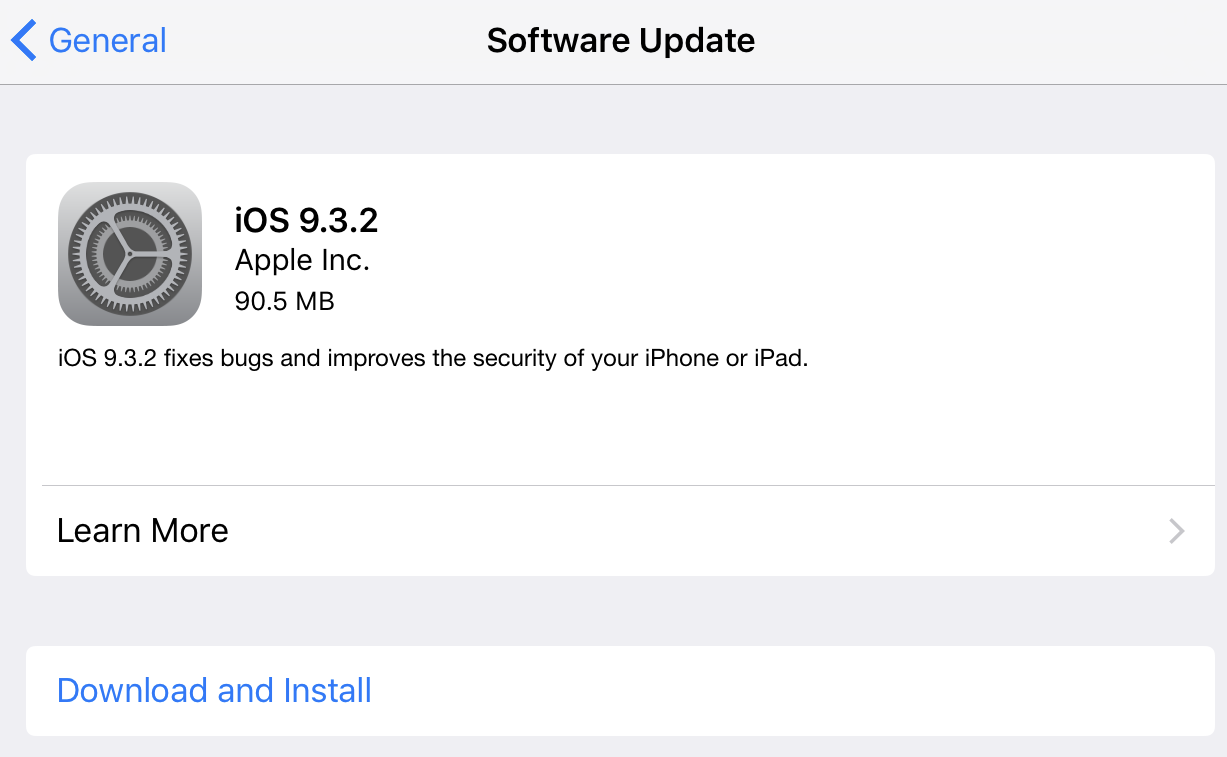 Nearly two weeks after pulling this version for bricking 9.7-inch iPad Pro devices, Apple has released iOS 9.3.2 today, presumably fixing the bricking issue once and for all. Carrying build number 13F72 this iOS 9.3.2 update is specifically for the 9.7-inch version of the iPad Pro. The update is now available both over the air, and as a separate download.

Shortly after the release of iOS 9.3.2 on May 16, a small number of 9.7-inch iPad Pro users started reporting that their devices would apparently get bricked and return Error 56, making the device unusable. Four days later, Apple pulled the update, advising those unable to restore their device through iTunes to contact their support team.

The changelog for this version of iOS 9.3.2 is exactly identical to the initial one:

iOS 9.3.2 fixes bugs and improves the security of your iPhone or iPad. This update:

On May 23, Apple released a beta for iOS 9.3.3, which didn’t include support for the 9.7-inch iPad Pro. It’s safe to assume that a beta build should soon be available for that device now that Apple seems to have fixed the original issue that plagued some of these devices.

If you have a 9.7-inch iPad Pro, please let us know if you were affected in the first place, and what you did to fix the issue.