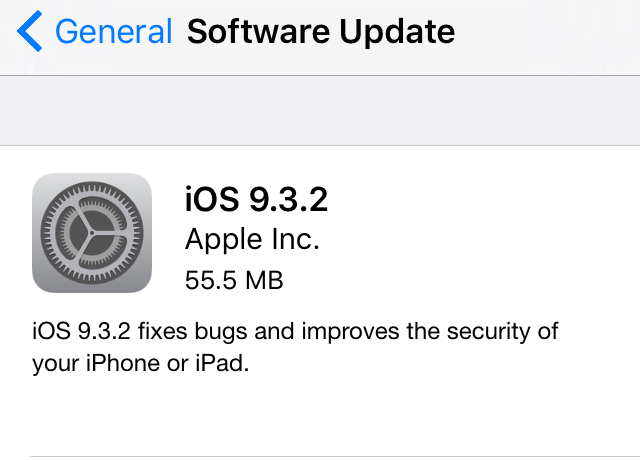 It appears that today’s iOS 9.3.2 update is causing problems for some 9.7-inch iPad Pro owners. As noted by MacRumors, a number of users have taken to Twitter and other forums to complain that the firmware bricked their tablets shortly after installing the over-the-air update.

More specifically, users are seeing an “Error 56” message, which instructs you to plug your device into iTunes. According to some of those who have received the error, however, plugging the tablet into your computer and trying to restore through iTunes doesn’t resolve the issue.

Here’s what Apple’s support document has to say about Error 56:

If you see error 53, learn what to do. If you see one of the errors below, you might have a hardware issue:

Here’s what to check:

Given that some users are reporting this bug is unfixable, and it appears to be somewhat widespread, we expect Apple to release either a new version of 9.3.2 or possibly an update under a different version number to fix the issue. Here’s hoping it comes sooner rather than later.

Have you run into this issue on your 9.7-inch iPad Pro?