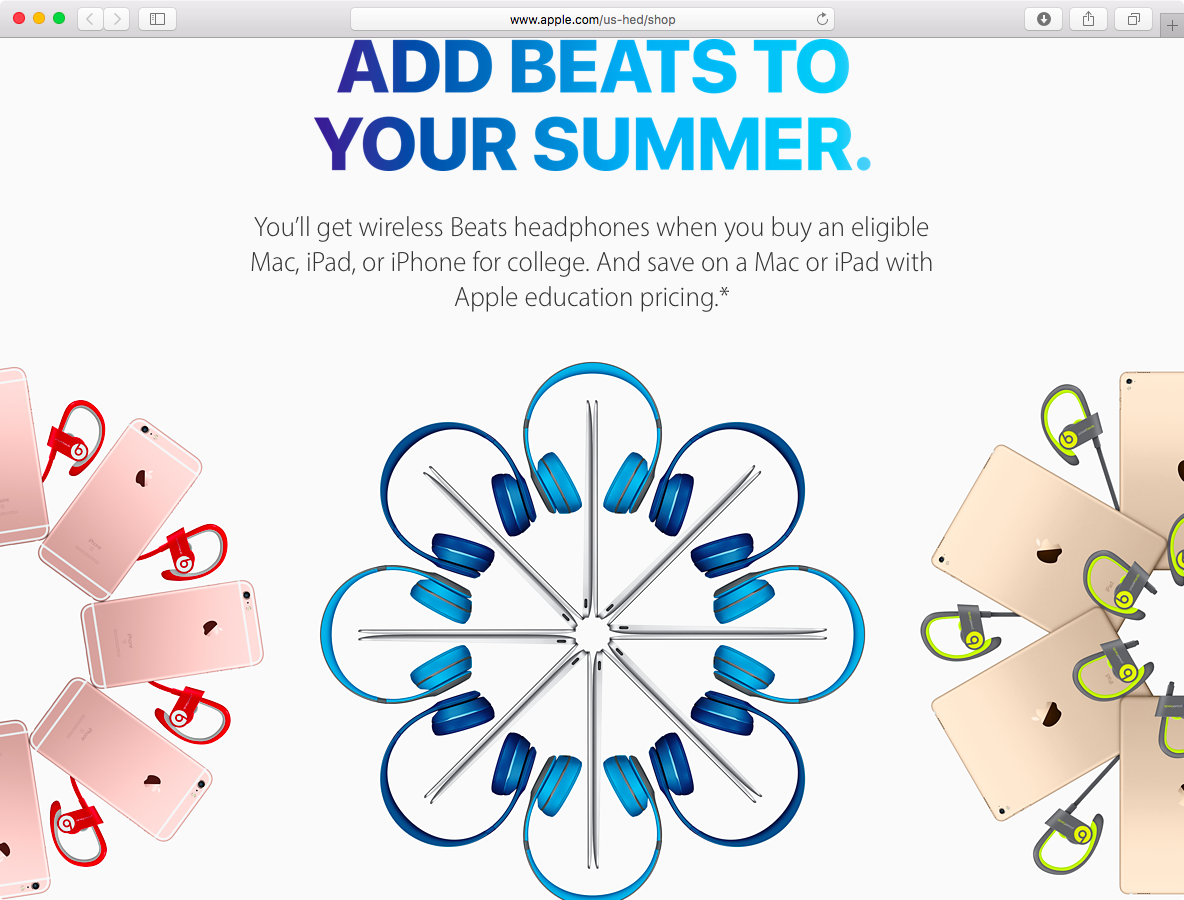 Having launched in Australia and New Zealand in January, Apple announced that its annual Back to School promotion is live starting today through September 5, 2016 at Apple retail and campus stores in the United States, Puerto Rico and Canada.

The promotion gives qualifying students, parents of students and educators who buy an eligible Mac with education pricing a free pair of Beats Solo2 Wireless headphones, or Powerbeats2 Wireless for eligible iPhone or iPad purchases.

“You’ll get wireless Beats headphones when you buy an eligible Mac, iPad or iPhone for college,” writes Apple. “And save on a Mac or iPad with Apple education pricing.”

The deal also applies to purchases of eligible iPhone or iPad models with education pricing, including the iPhone 6, iPhone 6 Plus, iPhone 6s, iPhone 6s Plus and iPad Pro.

The deal is also available on the Apple Online Store or by calling 1-800-MY-APPLE.

Apple’s Back to School promo is typically offered in other major markets such as the United Kingdom, France, Germany, Italy and other European countries.

Refurbished Macs and the Mac mini and not included in the promo.

PDF documents on Apple’s website provide the full requirements, terms and conditions for the United States and Canada.