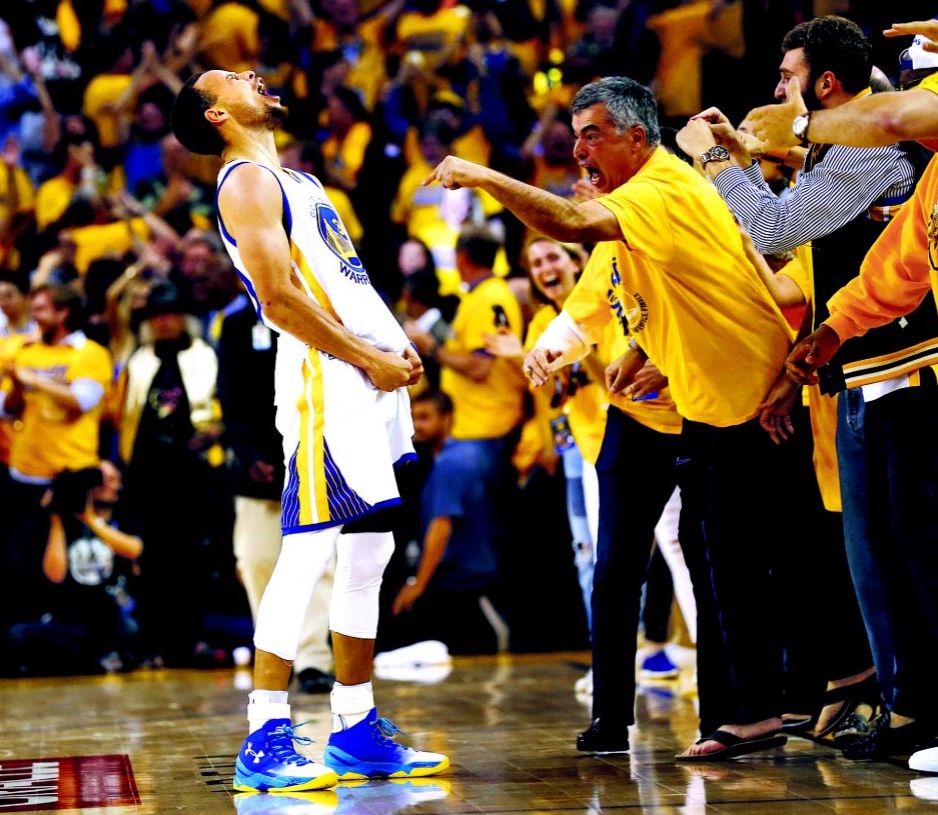 Eddy Cue, Apple’s Senior Vice President of Internet Software and Services, is a huge basketball fan so it goes without saying that he has an office full of Duke memorabilia and has been regularly spotted at NBA games over the years.

Needless to say, he was there and now a photograph of an ecstatically happy Cue has made the frontage of the San Francisco Chronicle.

The photo of today’s SF Chronicle frontage was shared by the newspaper’s official account and retweeted by Lisa Jackson, Apple’s Vice President of Environment, Policy and Social Initiatives.

The image depicts the Apple executive yelling in celebration at Golden State Warriors guard Stephen Curry as he himself was cheering the Warriors holding on for a 96-88 victory against the Oklahoma City Thunder. 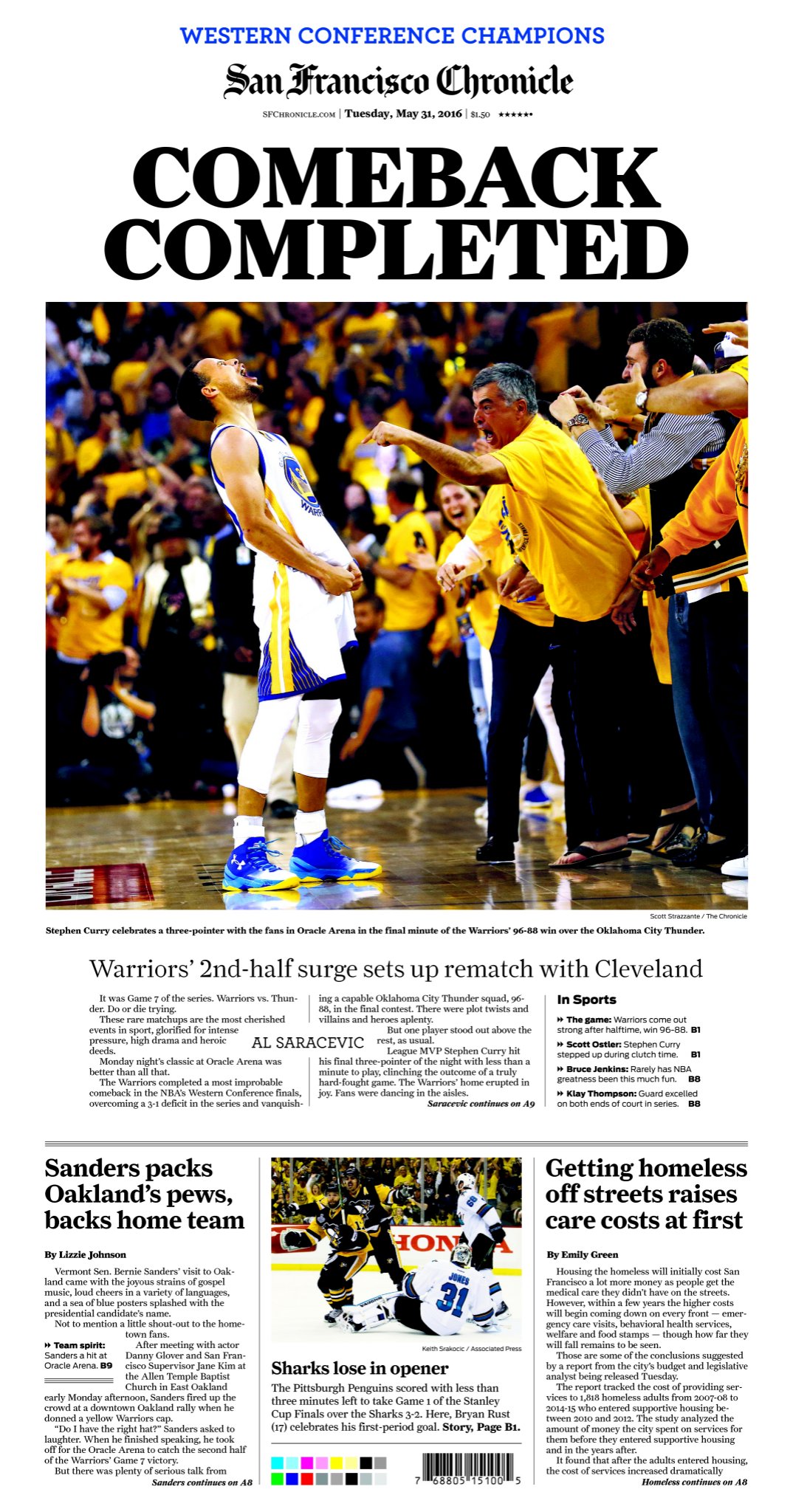 The image makes me wonder about the footwear that Cue will be wearing at WWDC next month. The photo is gold and definitely asking for a meme generator!