The assistant wars are in full swing, with Google Assistant and Viv entering the fray and existing players such as Apple’s Siri, Microsoft’s Cortana, Hound and Google’s Now all stepping up fight for consumers’ hearts and minds.

Apple’s rumored Amazon Echo competitor, which VentureBeat believes is a next-gen Apple TV, could blow all the assistants out of the water when it comes to deciphering complex natural language queries.

And powering it—VocalIQ, a sophisticate technology Apple acquired back in October 2015. Tech Insider provided an in-depth overview of how VocalIQ could make Siri a lot smarter than it is today.

The assistant wars are in full swing

Tech Insider’s piece, titled “Apple is working on an AI system that wipes the floor with Google and everyone else,” notes that Apple had been testing VocalIQ technology against Siri, Google Now and Cortana.

“Users asked each AI questions using normal language, not the robotic commands you’re used to using with digital assistants,” reads the article. “Those commands can be long and complicated, and the other assistants had trouble catching everything.”

What they found was that VocalIQ provided Siri with a clear advantage when it comes to understanding complex natural language queries, like asking for “a nearby Chinese restaurant with open parking and Wi-Fi that’s kid-friendly”.

VocalIQ handled that request with easy with a 90+ percent success rate, while Google Now, Siri and Cortana were only successful about 20 percent of the time. 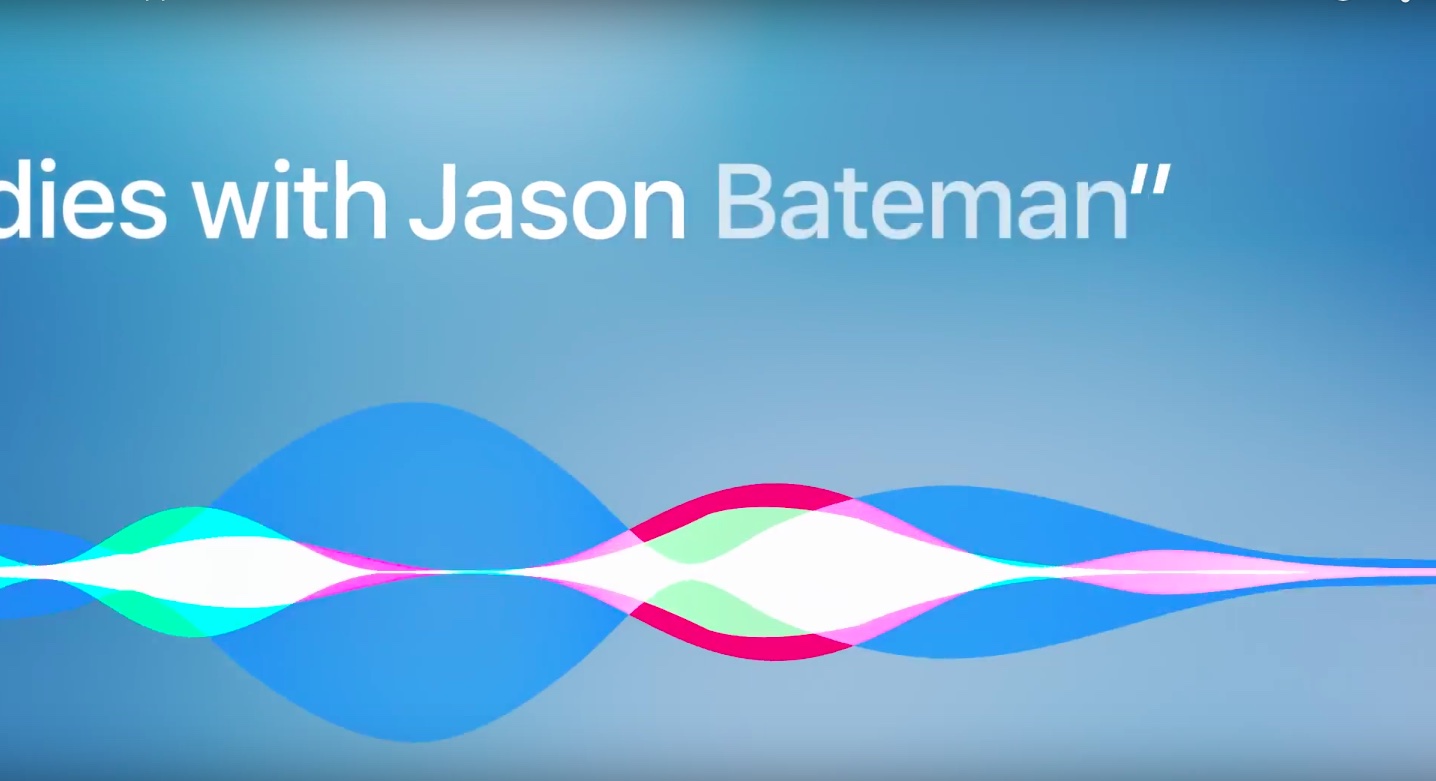 It’s all about context

Things get even more impressive when bringing contextual awareness into the mix.

In the Chinese restaurant example, if you follow up an hour later with something like “Find me a Mexican restaurant instead”, Vocal IQ would use the context for that location from the previous question—parking and Wi-Fi—to deliver better results.

Other assistants would make you start the search session over again.

The magic of Voice IQ

VocalIQ’s platform is highly customizable, too.

“One example a source gave was teaching it to successfully manage email while a user’s phone was in their pocket, (just like Joaquin Phoenix’s character controls his phone in the movie ‘Her’)” the article continues.

Here’s VocalIQ co-founder and CEO Blaise Thomson discussing natural conversation between people and their devices at Machine Intelligence 2015 in London.

VocalIQ can also filter out extraneous noise to better understand what you’re saying and it’s reportedly “able to take in all the noise in an environment” and determine with a high probability which sound is actually the user’s query.

“Because VocalIQ understands context so well, it essentially eliminates the need to look at a screen for confirmation that it’s doing what you want it to do,” explains the article.

“That’s useful on the phone, but could be even better for other ambitious projects like the car or smart speaker system Apple is reportedly building”.

Some of the key features of VocalIQ, as per Brian Roemmele:

As a bonus, VocalIQ learns to adapt to different accents over time. 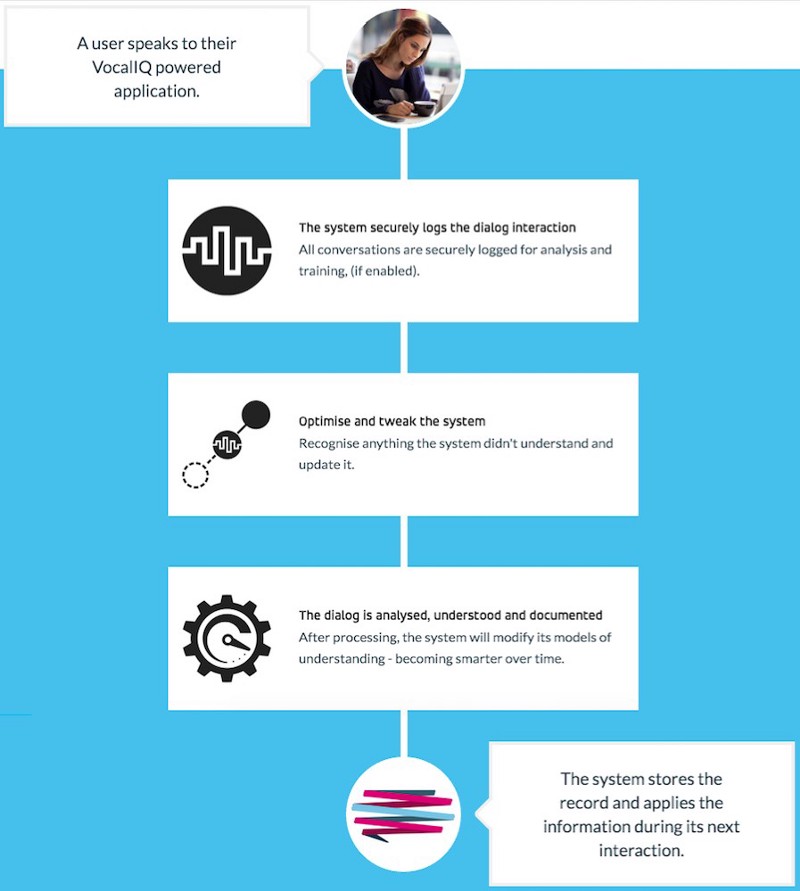 Apple found that VocalIQ was getting way more accurate after just 3,000 dialogues, beating out Siri which brings in a billion queries per week from users.

Vocal IQ introduced the world’s first self-learning dialogue API — putting real, natural conversation between people and their devices. Every time your application is used it gets a little bit smarter. Previous conversations are central to it’s learning process—allowing the system to better understand future requests and in turn, react more intelligently.

Following the acquisition, Apple kept most of the VocalIQ team who now work out of their Cambridge office and integrate the product into Siri. 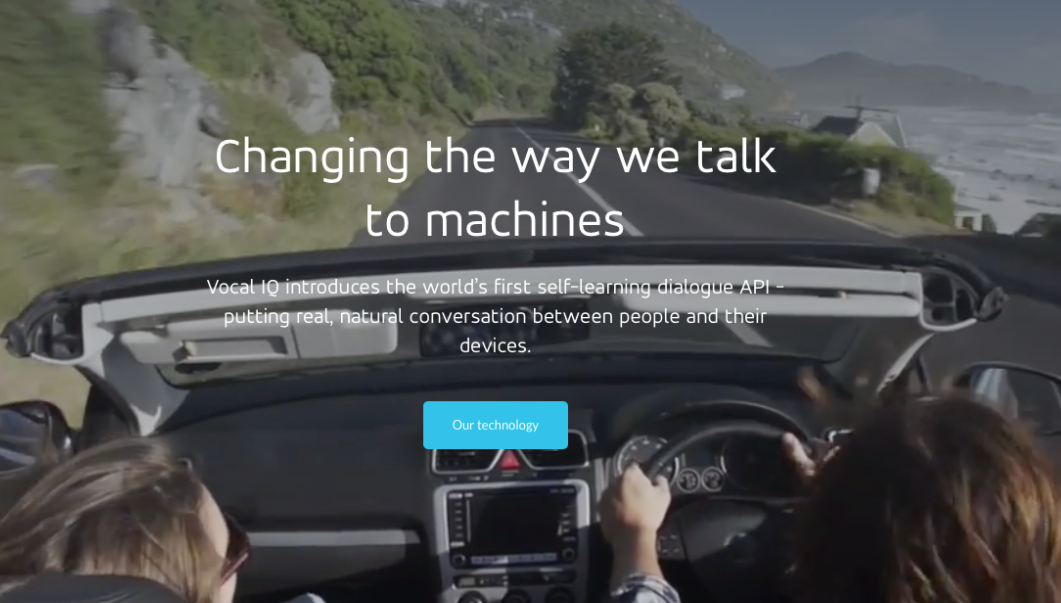 That Vocal IQ in the past partnered with the likes of General Motors and other automobile manufacturers could mean that Apple’s rumored electric vehicle might use this technology as well.

Apple also bought Perceptio, a startup that has developed artificial intelligence systems that work without needing to share much user data. That acquisition fits nicely into Apple’s interest in the AI field and digital assistant space, and its highly public stance on privacy and ongoing efforts to protect user data.

It also bought Emotient, another artificial intelligence startup which specializes in emotion detection and sentiment analysis.

Emotient’s technology reads the movement of the 43 muscles in your face to decode emotional intent, and could be very important in aiding Siri to understand you better.

In addition to a much-improved Siri, Apple’s Echo competitor could come outfitted with a built-in camera and tap facial recognition, allowing it to see and recognize users and pull up their profiles as they enter the room.

At WWDC, the Cupertino firm should announce a long-expected Siri software development kit (SDK) that would permit developers to write apps that could be accessible through Siri.

Apple is also reportedly bringing the digital assistant to the Mac.