As expected, Apple CEO Tim Cook is visiting India today following his trip to China Monday, which came hot on the heels of the $1 billion investment in Didi Chuxing, China’s Uber.

According to The Indian Express, Cook kicked off his much-anticipated India trip with a pre-dawn visit to the Shree Siddhivinayak Temple at Prabhadevi in Mumbai, along with the newly promoted Apple India head, Sanjay Kaul.

At the temple, Cook also had a chance to chat with Anant Ambani, the son of Mukesh Ambani, the Indian business magnate who is the chairman and largest shareholder of Reliance Industries Limited, a Fortune Global 500 company and India’s second most valuable company by market value. 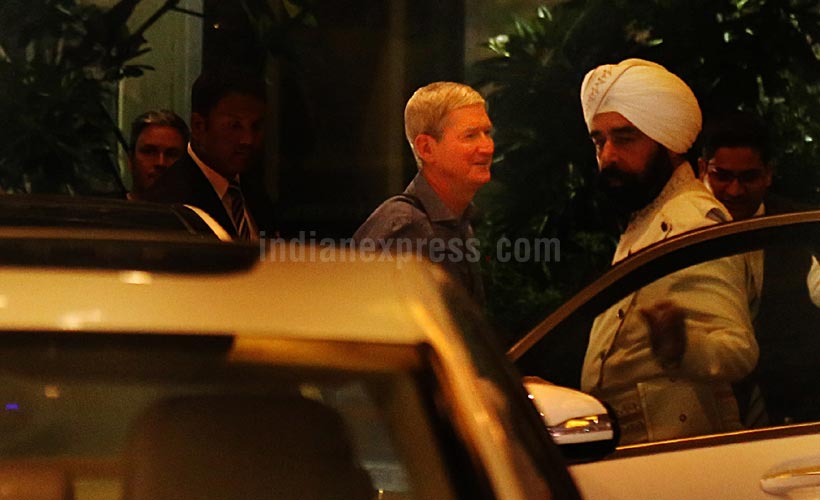 The Apple CEO will be meeting Tata Group Chairman Cyrus Mistry and others during the day and is expected to travel to Hyderabad, Bangalore and Delhi later this week, where some of Apple’s facilities and R&D centers are located, according to the paper.

Ahead of Cook’s India tour, Apple yesterday announced that early next year it’ll open an iOS app design and development accelerator in Bengaluru, the home of India’s startup scene. Cook is also expected to announce a Maps development center in India and meet Prime Minister Narendra Modi on Saturday before wrapping up his visit.

Great to hear from some of India's top iOS developers today. Innovative apps and many ideas for the future! pic.twitter.com/ZhEfE7wNW7

Apple’s renewed focus on the populous Indian market comes at a time when iPhone sales are slowing across all markets, with the exception of India which provided Apple a 56 percent increase in iPhone unit sales during the first three months of this year.

The Cupertino firm will open its first retail stores in the country early next year.