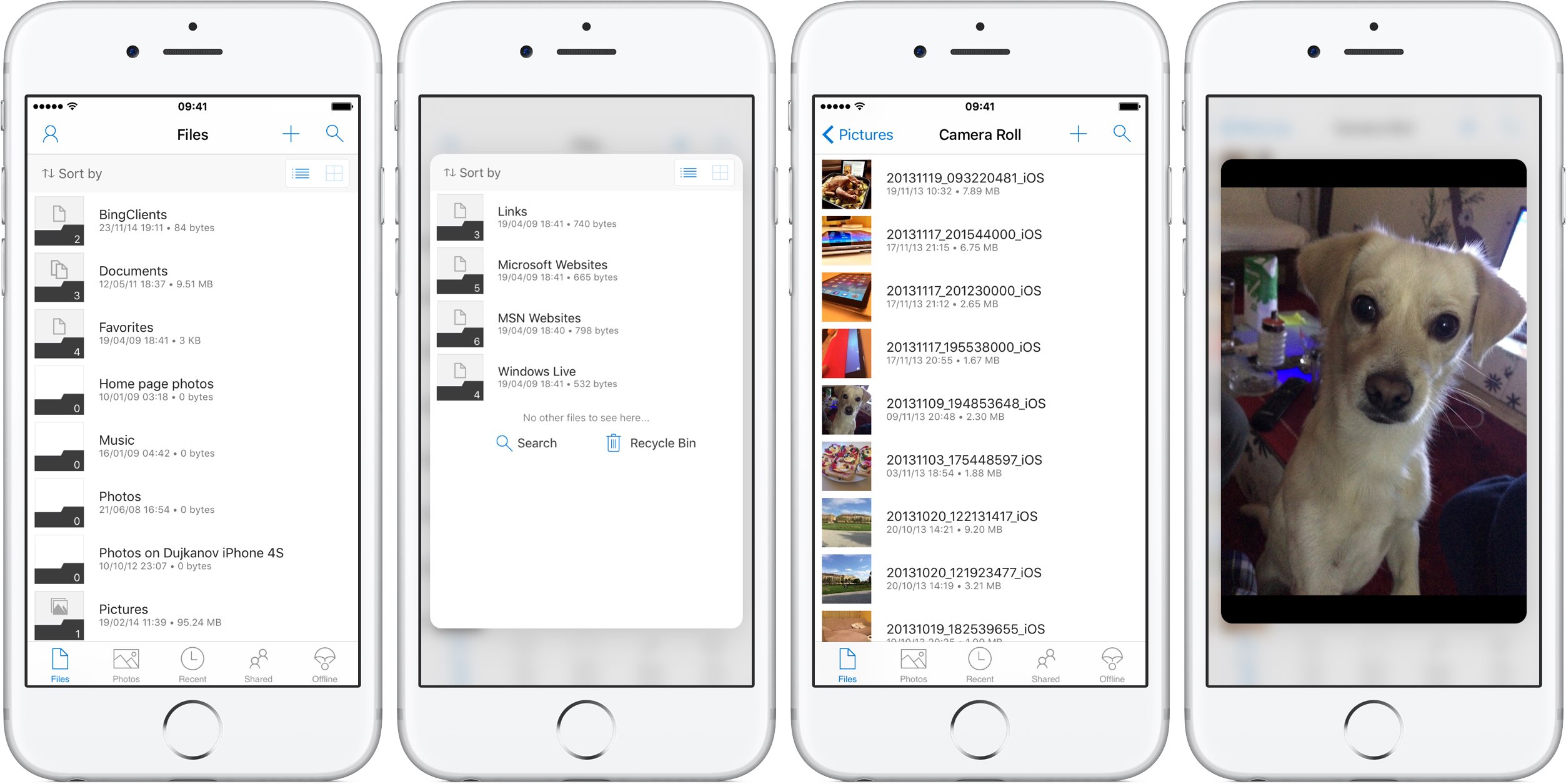 In addition to a fresh coat of paint and a revamped app icon, OneDrive for the iPhone, iPod touch and iPad was bumped in the App Store yesterday to version 7.1 with support for Peek and Pop in-app gestures for previewing content with 3D Touch on the iPhone 6s and iPhone 6s Plus.

In the refreshed app, you can now peek at any folder or file by pressing it lightly, or pop right into it by pressing a little deeper.

Unfortunately, you cannot slide your finger up to reveal additional options while peeking at an item.

“Constantly getting signed out or having any other problems? Shake your device and let us know,” reads a paragraph in the release notes accompanying the OneDrive update. Note that you must be signed in to send feedback from within the app.

Oh, and OneDrive now has a brand new icon for the Home screen.

Microsoft appears to be making good on its promise to decrease the free OneDrive tier for new users from fifteen gigabytes of storage down to just five gigabytes of free cloud storage, matching Apple’s 5GB free iCloud tier.

According to an email blast the Windows maker sent to OneDrive users this morning, those who did not opt into keeping their free 15 GB storage plan will see their cloud storage shrink to 5 GB on August 10.

You can download OneDrive at no charge in the App Store.

The app requires an iPhone, iPod touch or iPad with iOS 8.0 or later.