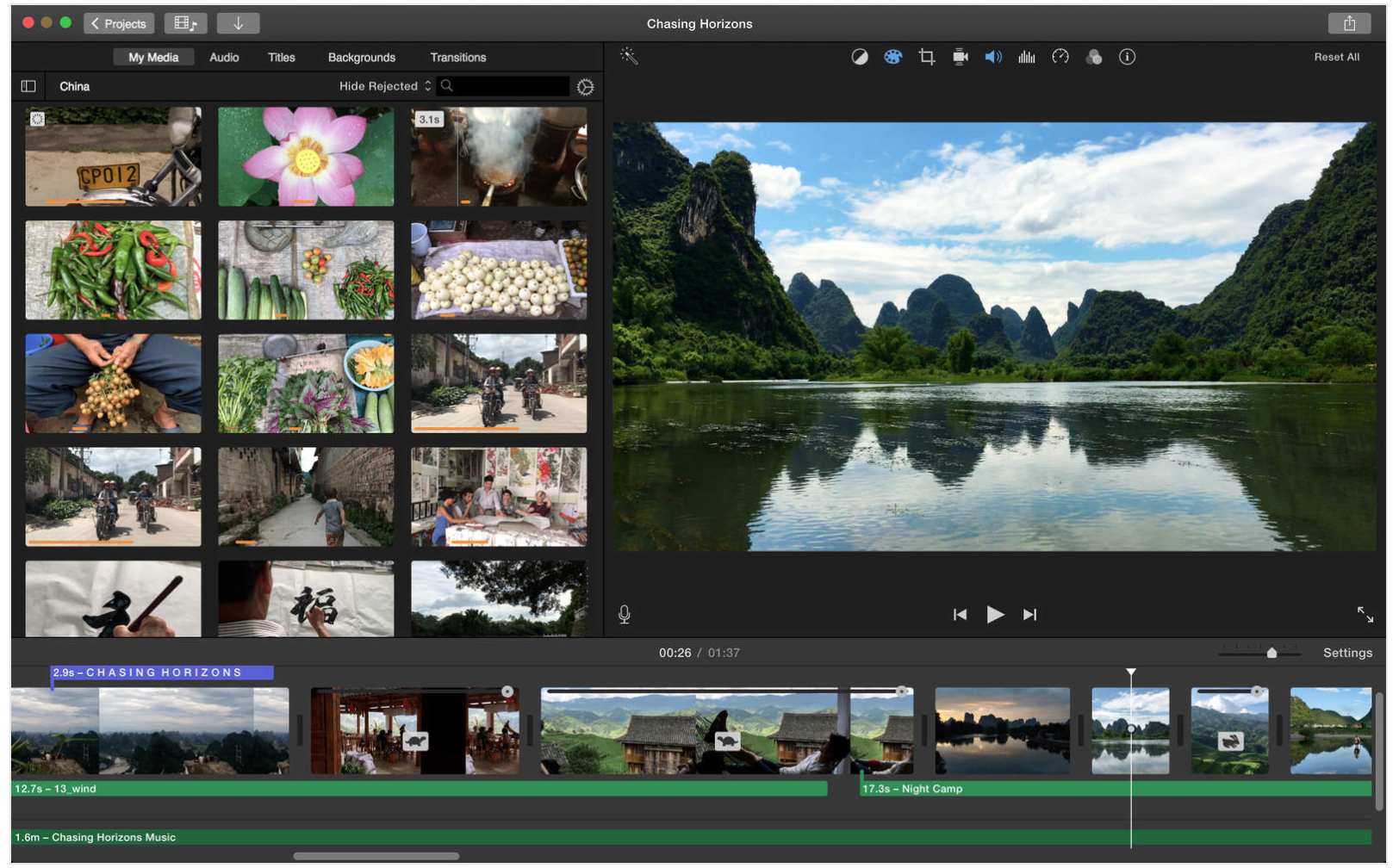 Apple on Thursday pushed out a solid update for iMovie for Mac, bringing the popular video-editing software to version 10.1.2. The release brings about several improvements, including faster project creation, easier clip selection and more.

The focus of the update seems to be visual cues and speed. Apple added a New Project button in the Projects Browser and Larger project thumbnails on the visual side, and the ability to begin editing a project with a single click on the speed side.

• Easy to find New Project button in the Projects browser
• Larger project thumbnails that match the look of iMovie for iOS
• Fast project creation lets you begin editing with a single click
• Clicking a video clip selects the entire clip, instead of a range
• Keyboard shortcut to select range within a clip in the browser and timeline (hold down R key while dragging)
• Support for App Preview resolutions for iPad Pro (1600 x 1200) and Apple TV (1920 x 1080)
• Improves stability

Today’s update follows a similar bug-fix release in January, and of course the big 10.1 release in October of last year which brought about support for 4K videos and 1080p HD video at 60fps. iMovie is available in the Mac App Store for $14.99.