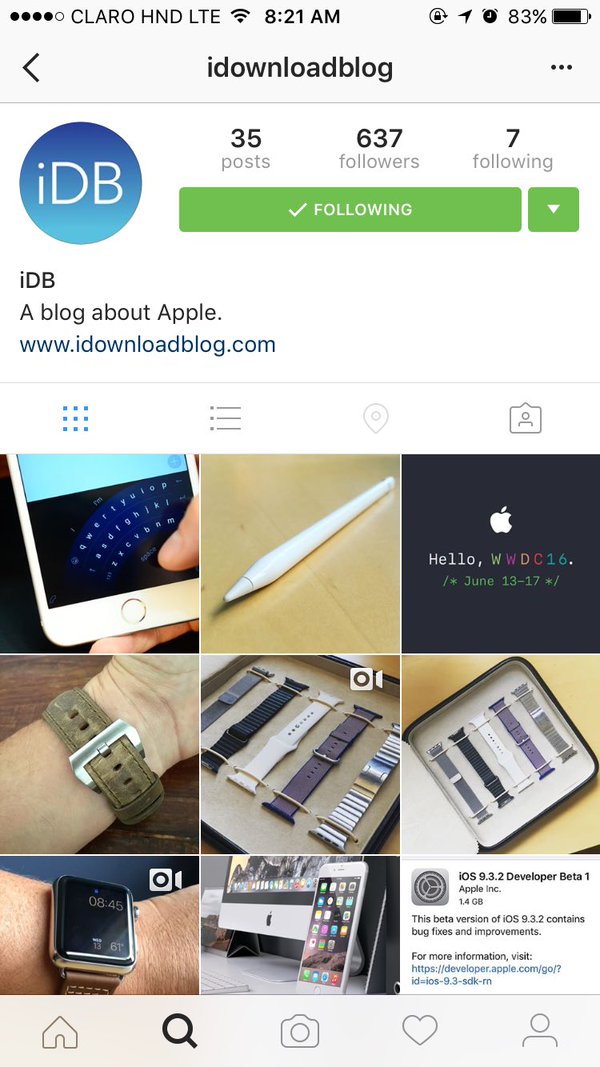 Instagram’s reportedly been testing a fresh new design for its mobile application for iOS and Android, MacRumors discovered yesterday. If leaked screenshots are anything to go by, in adopting much of iOS’s aesthetics the overhauled app sports a simpler, monochromatic look providing a cleaner, flatter appearance.

It’s unknown when the new design will launch for everyone. For now, Instagram appears to be testing the forthcoming app refresh with a small subset of its massive user base.

Rather than a complete overhaul of the app, the new version is basically a fresh coat of paint that makes your content more visible in feeds. As the screenshots attest, the Camera button at the bottom is now grayish and the Activity button is now a heart icon rather than a heart in a speech bubble. 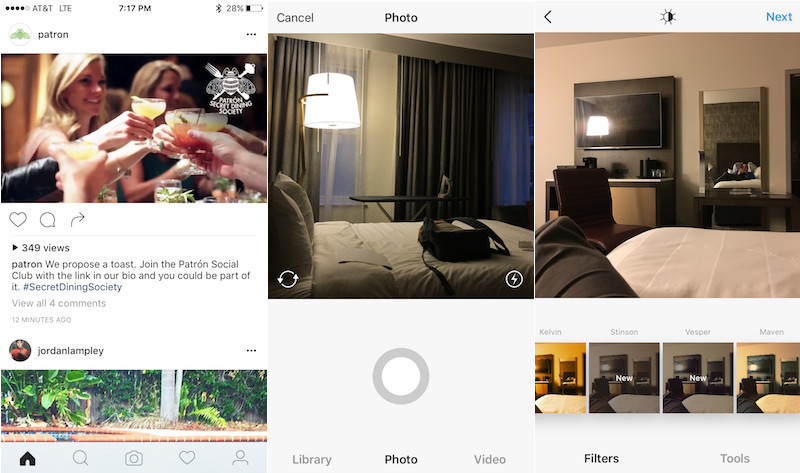 As for the Profile button, it too has undergone slight changes and now resembles a generic people icon versus a user’s photo like in the current version of the app.

Here’s the before vs. after comparison. 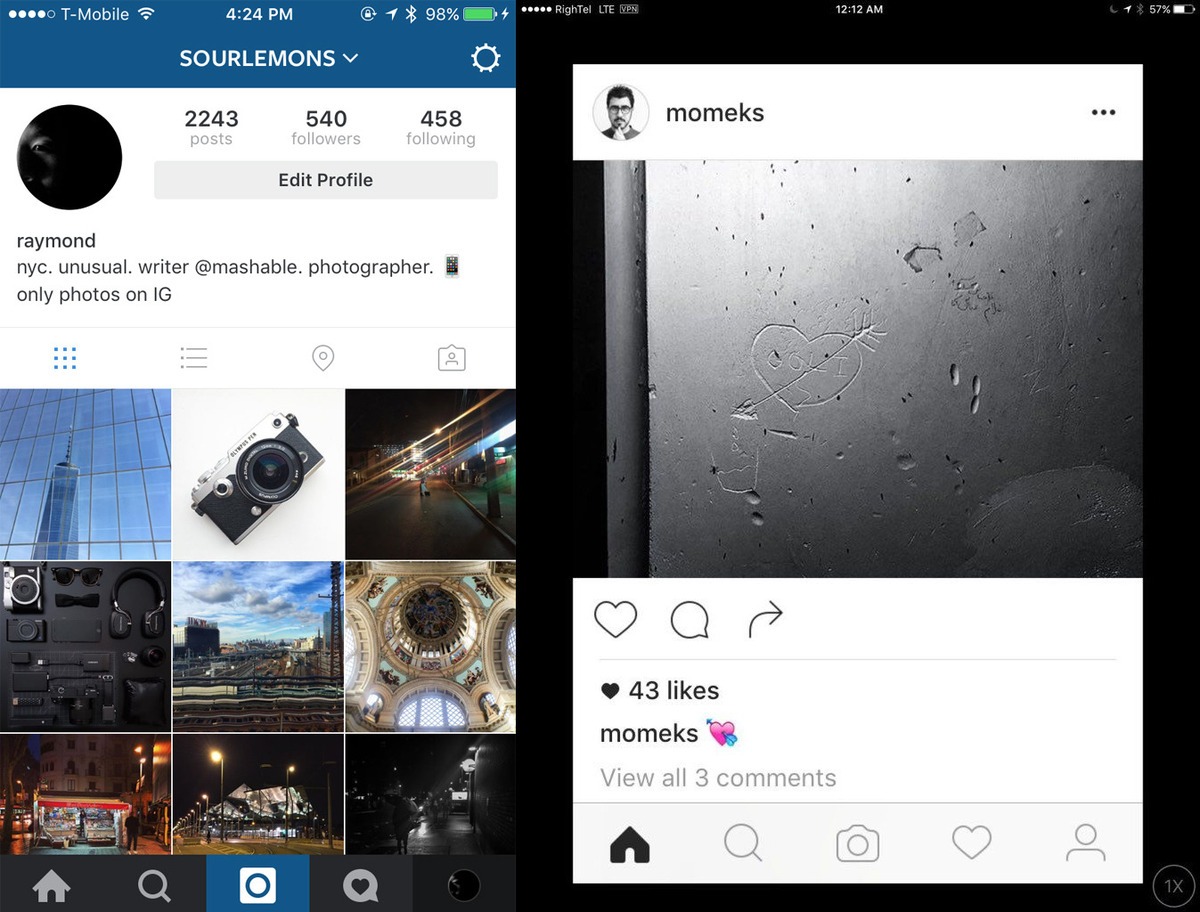 “We often test new experiences with a small percentage of the global community,” an Instagram spokesperson tells Mashable. “This is a design test only.”

Instagram frequently tests new features in select regions on small groups of users, and some tested features never see the light of day, so we’ll have to wait this one out to see whether the company decides to move forward with this redesign.

Still, no word whether the app has a new icon and a native interface on the iPad.