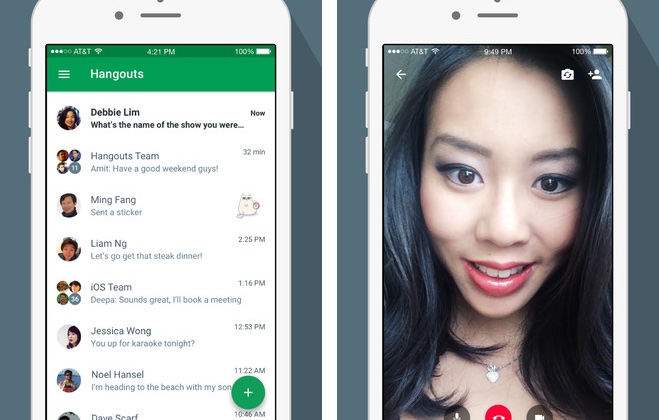 Google’s Hangouts application wants to become a unified communications solution for all your messaging needs despite not seeing new features in months. Now we know why: Google’s been busy working on a major new version.

Keep in mind that this feature only works on iPhones because iOS 9’s Low Power Mode is not available on the iPod touch and iPad. That being said, I think it’s pretty clever and am wondering how long until other apps add support for Low Power Mode.

In addition to optionally having Hangouts automatically turn off video when your iPhone is in Low Power Mode, the update packs in a share sheet extension. Simply tap the Share icon in your favorite app and select Hangouts to share text, links, pictures and video to the service, right within the context of the app you’re using.

It’s surely taken a surprisingly long time for Google to implement a share extension in Hangouts—iOS extensions became a thing nearly two years ago! And with that in mind, it shouldn’t come as a surprise that Hangouts continues to lack support for iOS 9’s popular Split View multitasking mode on compatible iPads.

Google Hangouts is available for free on the App Store.