Apple on Tuesday released its earnings report for the second [fiscal] quarter of 2016. The Cupertino company fulfilled expectations that it was going to report its first ever year-over-year decline in iPhone sales, moving just 51.2 million handsets vs. 61.2 million in Q2 last year. Revenue is also down substantially from the year-ago quarter.

“Our team executed extremely well in the face of strong macroeconomic headwinds,” said Tim Cook, Apple’s CEO. “We are very happy with the continued strong growth in revenue from Services, thanks to the incredible strength of the Apple ecosystem and our growing base of over one billion active devices.”

“We generated strong operating cash flow of $11.6 billion and returned $10 billion to shareholders through our capital return program during the March quarter,” said Luca Maestri, Apple’s CFO. “Thanks to the strength of our business results, we are happy to be announcing today a further increase of the program to $250 billion.” 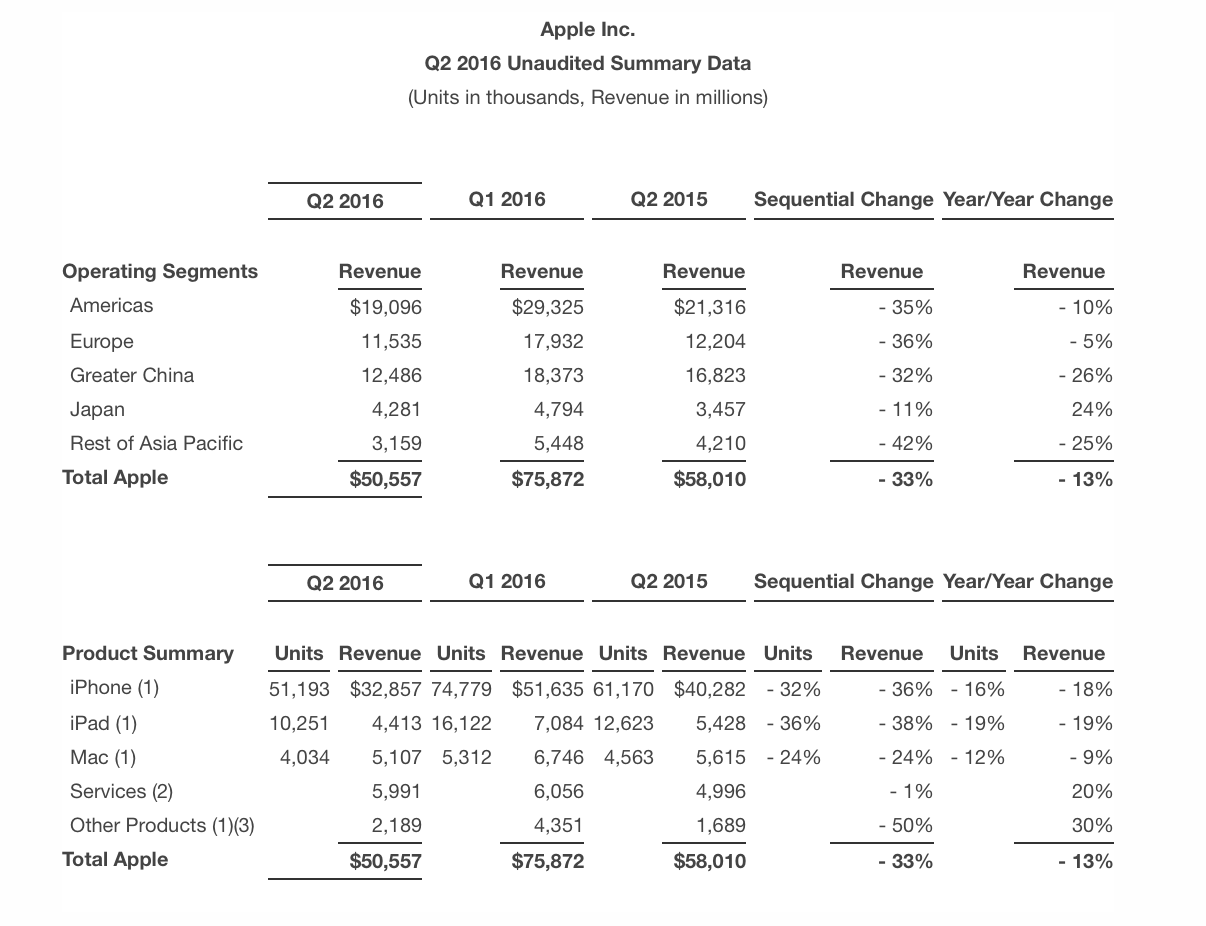 Considering that Apple warned investors during its last earnings call that it expected sales and revenue declines, the numbers aren’t too surprising. They are worrisome, though, given that Apple still has two quarters until it introduces a new iPhone model. And even that one isn’t expected to move the needle much.

Apple’s Q2 earnings call will start in just a few minutes. If you’d like, you can listen to it live via the investors portal, or you can tune into iDB for our recap.