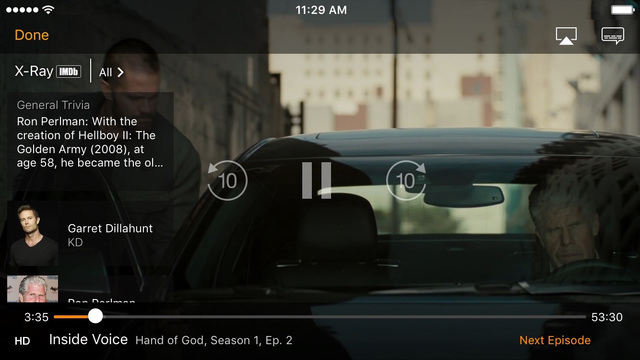 Online retailer Amazon announced this morning that it has started to offer its Prime Video service as a standalone subscription independent of its $99.99 annual Prime membership, which includes things like free two-day shipping, unlimited streaming of music, movies and television shows and other perks.

In an effort to step up its challenge to Netflix, the e-commerce giant has priced its standalone offering at $8.99 per month—a dollar more than Netflix’s entry-level $7.99 plan in the United States.

Netflix recently jacked the price of its service to new users from $8.99 to $9.99 and will impose the same price increase on its longtime customers by this summer, potentially making its offering less competitive than Prime Video from a pricing standpoint.

Previously, the only way to get access to the Prime Video service was by subscribing to the aforementioned $99.99 per year Prime membership. In the United Kingdom, Prime Video is available on a monthly subscription basis for £5.99, or about $8.50 per month.

Netflix, by far the biggest provider of streamed Hollywood entertainment, recently launched in 130 new countries so Amazon is facing an uphill battle because its own service is officially available in just a handful of countries, including the United States, the United Kingdom, Germany, Austria and Japan.

Be that as it may, now that Prime Video is a standalone subscription service there’s an increased chance that Amazon will be bringing its video-streaming service to the Apple TV in the form of a downloadable tvOS application, as previously rumored.

On a related note, the e-commerce giant unveiled a $10.99 per month Prime service independent of the full $99.99 per year Prime membership, giving fans the option to enjoy Amazon’s express delivery service without committing to a full year of Prime.

Amazon is scheduled to report its first quarter results this morning.