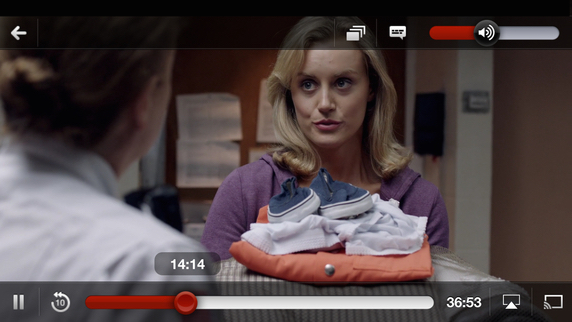 Netflix isn’t wasting any time: they began rolling out support for high-dynamic range (HDR) streaming, with a spokesperson confirming that HDR programming will be delivered to compatible TVs anywhere Netflix is available.

“We are indeed live with HDR,” Yann Lafargue, Netflix’s manager of corporate communications said to FlatpanelsHD.

The new streaming option works with compatible TVs, both in HDR10 and Dolby Vision, resulting in fewer compression artifacts and a greater dynamic range of luminosity than is possible with standard streaming technologies.

This technology will take some time to be deployed across Netflix’s library. Currently, “Marco Polo” is the only show streaming in HDR and “Daredevil” is next on the HDR list.

“We have season 1 of Marco Polo for now, but much more content should be available shortly, so stay tuned,” said Lafarge. No other TV series or movies have been confirmed at this point. HDR-enabled shows and movies have the HDR logo next to their description on Netflix.

With HDR streaming, viewers will enjoy enhanced dynamic range and a wider color gamut. Several owners of Sony and Vizio TVs in the United States have confirmed to FlatpanelsHD that they can now stream Netflix in HDR.

Netflix rolls out new features over the span of a few weeks so HDR streaming might not show up for you yet. According to Netflix, HDR will be available everywhere “soon.”

It’s unclear at this point whether this new feature is a quiet backend refresh or if an update to the mobile Netflix app will be required as well.