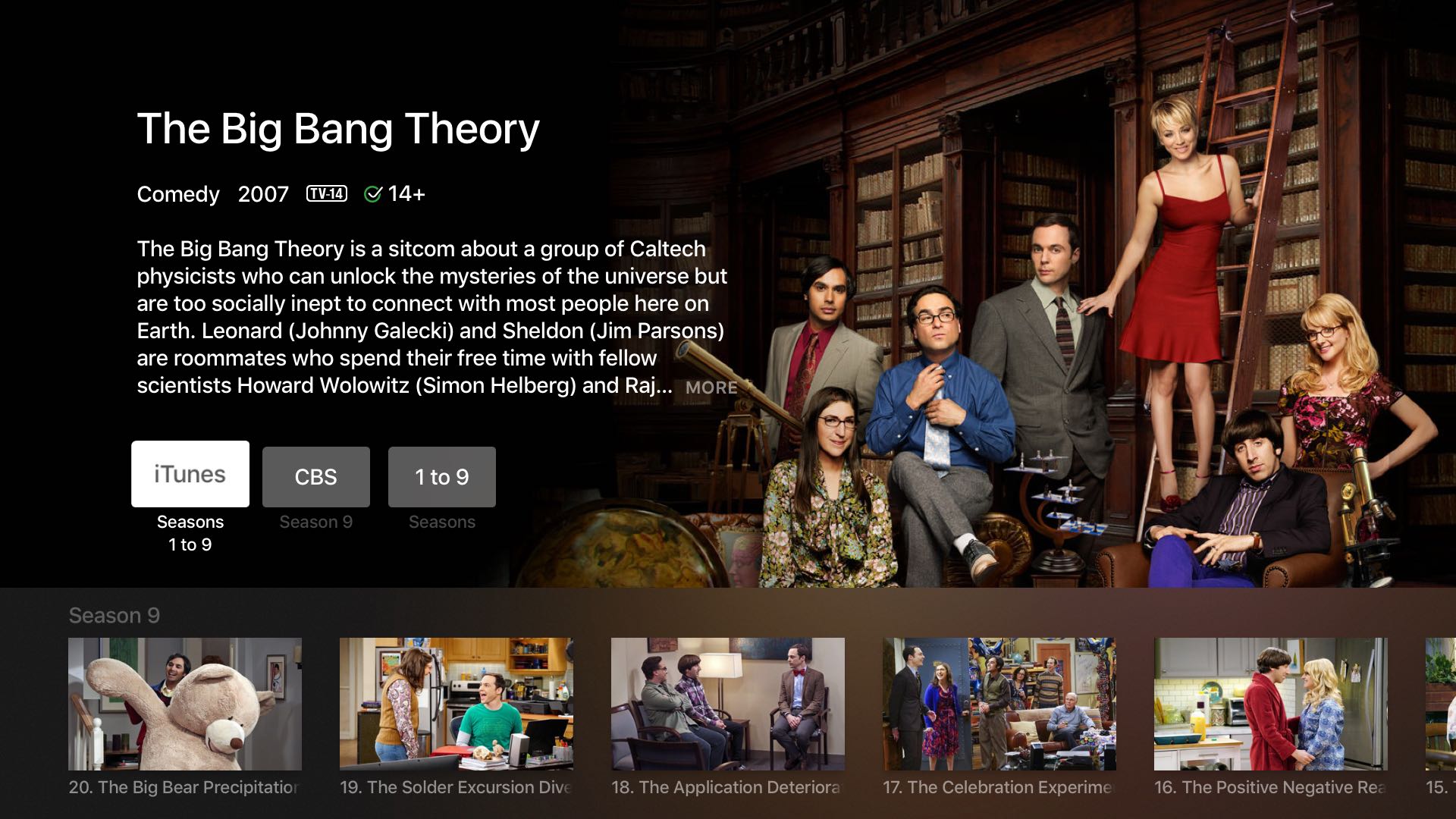 And now, owners of the set-top box who installed CBS’s tvOS application can take advantage of Siri to find such CBS shows as “Big Bang Theory”, “NCIS“, “Supergirl” and others, just by using their voice. Apple’s support document was updated yesterday to reflect the addition of CBS to the universal search lineup for the fourth-generation Apple TV.

Yesterday’s addition of CBS and last week’s addition of Starz have increased the number of third-party content sources supported by tvOS’s universal search to sixteen. Still, the feature remains limited to the United States and a few other major markets, as users elsewhere can only use universal search for movies on iTunes.

In Australia, Canada, France, Germany and the United Kingdom, only movies and TV shows on iTunes and Netflix can be searched using Siri. Apple has acknowledged in that additional content providers will be added to tvOS’s universal search lineup soon.

In addition to using search for movies and TV shows across multiple apps simultaneously, those who are subscribed to Apple Music can also search for songs and albums on the device. And as of the tvOS 9.2 software update, Siri or tvOS’s stock Search app can now find apps in the App Store.