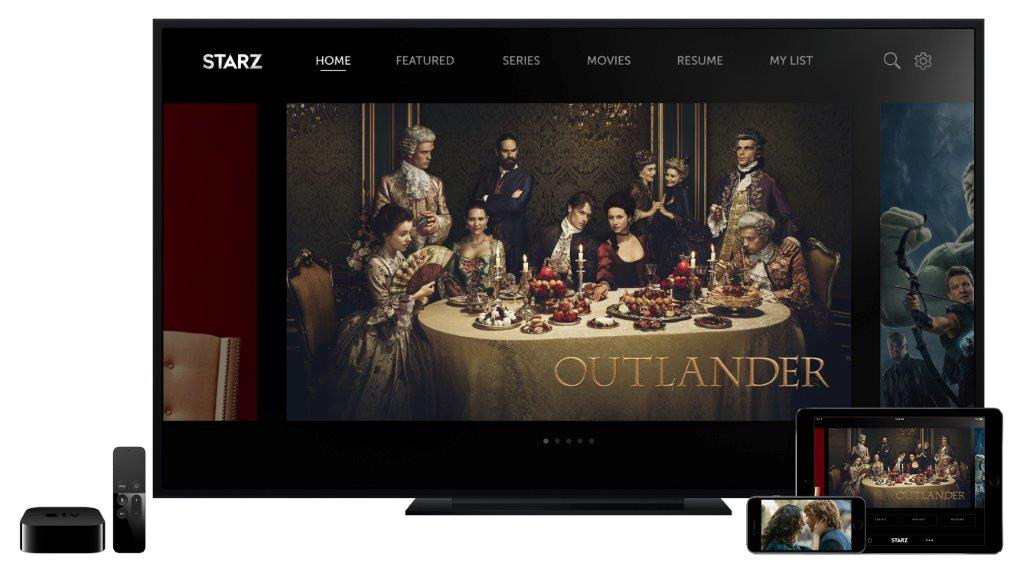 Starz, a premium cable and satellite television network, today announced a brand new video service which permits owners of the iPhone, iPod touch, iPad and Apple TV to stream shows for a low monthly fee of just $8.99 per month.

A companion iOS app lets subscribers download full episodes to watch offline but does not offer live streaming. On the fourth-generation Apple TV, it supports universal search so you can ask Siri for shows to watch, including original ones like “Outlander”, “Power” and the upcoming “American Gods”.

The Starz app is now available for the iPhone, iPad, iPod touch in the iOS App Store.

To download it onto your fourth-generation Apple TV, search for ‘Starz’ in the tvOS App Store. You can sign up for the Starz service within the app, using the In-App Purchase mechanism.

Starz is also available to Android fans in the Play store.

What Starz has to offer

Some of the biggest Starz Originals in 2016 include:

Exclusive hit movies on Starz in 2016 include:

And here are the top movie and television programming on the new Starz Encore:

Cable, satellite and premium pay TV subscribers can authenticate themselves within the Starz app to stream shows at no additional charge.

Starz’s $8.99 monthly subscription fee compares favorably to Netflix, which starts at $7.99 per month. But more important than that, the new Starz service is cheaper than other services from big networks, like HNO NOW which costs $14.99 per month or Showtime that will set you back $10.99 per month.

In celebration of the launch, the second installment premiere episode of “Outlander”, Starz’s hit series, will be made available beginning April 7 for streaming and download, two days before its official April 9 premiere at 9pm ET/PT.