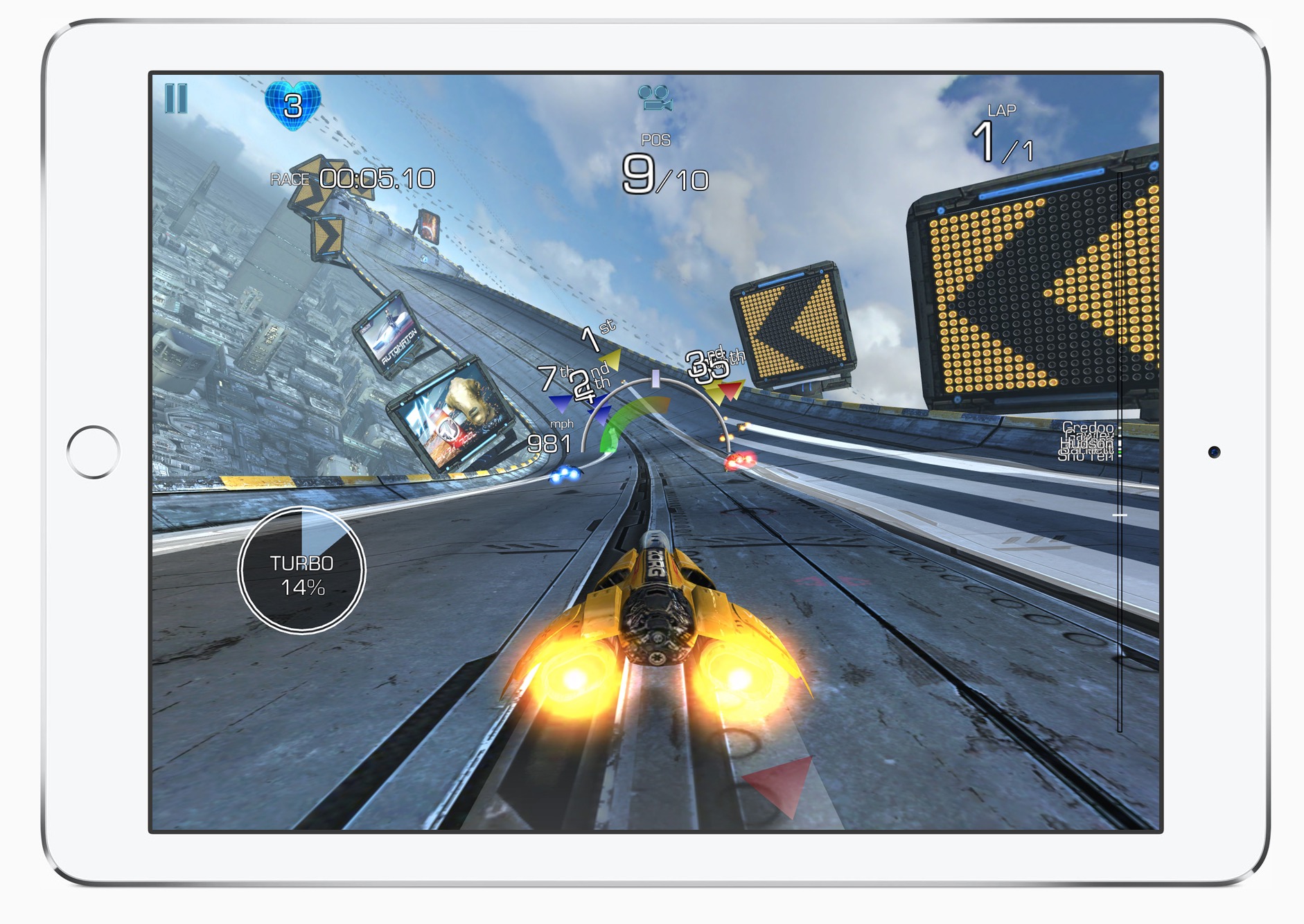 An in-depth analysis of Apple’s latest display technology conducted by DisplayMate has shown that the new 9.7-inch iPad Pro is outfitted with “a truly impressive” Retina display, which DisplayMate described as a “major upgrade” over that used in the iPad Air 2.

The 9.7-inch iPad Pro, DisplayMate has found, delivers “color accuracy that is visually indistinguishable from perfect”.

Moreover, it also has the highest absolute color accuracy for any display, the lowest screen reflectance for any mobile display, the highest peak brightness in a full size tablet, the highest contrast rating in high ambient light and the smallest color variation with viewing angle.

The exhaustive mobile display shootout pits the 9.7-inch iPad Pro against its bigger brother and a bunch of flagship tablets from the likes of Microsoft, Samsung and others.

Whereas all prior iPhones and iPad have used the sRGB/Rec.709 color gamut, the 9.7-inch iPad Pro also employs a new DCI-P3 wide color gamut standard that results in color accuracy “visually indistinguishable from perfect” and “very likely considerably better than any mobile display, monitor, TV or 4K TV” on the market.

Th device also has “excellent viewing angle performance with no visually noticeable color shifts.” In that regard, the 9.7-inch iPad Pro slightly outperforms the iPad Air 2 and all other iPads.

And with more than a twenty percent brighter screen than the iPad Air 2, the 9.7-inch device is the “brightest full size production tablet” DisplayMate has tested thus far at 511 nits versus 415 nits for the iPad Air 2.

“Considerably better than any other mobile display”

The lowest low-screen reflectance performance means that the colors and contrast in high ambient light will appear “considerably better than any other mobile display,” but not at the expense of power consumption: like its bigger sibling, the 9.7-inch iPad Pro uses variable refresh rate allowing it lower the refresh rate when the screen images are static, which uses less power.

The 9.7-inch iPad Pro also benefits from its metal oxide backplane, which increases the light throughput and further improves its power efficiency.

The only aspect of display technology where the 12.9-inch iPad Pro outperforms the 9.7-inch model is black luminance, which lets the bigger iPad Pro deliver “a higher contrast ratio (1,022) in the dark” versus a record 1,631 contrast ratio for the larger 12.9-inch model.

iPhone 7 could learn a thing or two from 9.7″ iPad Pro

DisplayMate speculates that some of these technologies could make their way into a next-generation iPhone 7 later this year. Specifically, the iPhone 7 could benefit from the 9.7-inch iPad Pro’s DCI-P3 wide color gamut and an anti-reflection coating that could lower the screen reflectance from the current iPhone 6s’s 4.6 percent down to 1.7 percent (iPad Air 2: 2.5 percent).

“Both of these would also improve the iPhone screen performance and readability in high ambient light,” said DisplayMate. “True Tone could be added if Apple upgrades the ambient light sensors so they measure color in addition to brightness.”

The 9.7-inch iPad Pro is the first Apple device to ship with a True Tone screen technology that uses two four-channel ambient light sensors to measure the color temperature of ambient light, in addition to brightness, in order to adjust the display performance to match the light in your environment, automatically and on the fly.

Apple says the 9.7-incher’s screen offers 25 percent greater color saturation and deeper blacks than that found on the iPad Air 2.